We have a ton of improvements in this release including updating the AI engine which should make things faster and more stable, embedding the metadata handling program ExifTool into the app which should also help with stability, as well as various image and preview fixes.

We’re working on many more exciting improvements! Instead of a couple bullet points at the end of the changelog, we’re transitioning to regular roadmap updates that go more in detail on what’s coming up next, where people can give feedback on the direction we’re going. Check out the first of these here:

You can now get Topaz Photo AI v1.1 with a new raw model, better AI Brush, snappier previews, better noise detection, and more. This is our biggest update since release; we’re really proud of it and hope you like it! You will see Topaz Photo AI continue to improve each Thursday. Topaz Photo AI’s core value is that it helps you maximize image quality on autopilot, so our team has been focused on both the quality and consistency of your results. To that end, right now we’re mainly working on impr…

Will try 1.1.1 later tonight, just wanted to thank the dev team for addressing all our concerns.

Edit: my feedback below. Not a good update.

Photoshop silent mode plugin will now save automatically when invoked

Thx for the update, Adam.

What does that new feature (or, fix) mean?

It still removes all Lightroom metadata when opening a file using File>Plugin Extras>Photo AI, which I understand is the recommended workflow. Opening a file via Photo>Edit In>Photo AI retains the metadata. Are there plans to correct this?

I think we’re making some progress here. I’m able to get realistic results, but usually at 1/2 or less of the strength that autopilot chooses. No doubt it depends on the specific image. I don’t have the individual applications so don’t know what additional controls might be present, but I think getting the apps working to their absolute best, probably with some more adjustments, and then deciding what autopilot levels are appropriate, might be a good strategy. BTW, the masking brush is vastly better in this version! More to follow when I run more images.

Where do I upload these new error logs, now that I’m playing QA tester? Do we get a discount for getting a product that doesn’t work as advertised? Do we get paid for helping fix major bugs that the dev team didn’t catch/fix before releasing? When I paid for a cutting edge product that promised fantastic results, I was expecting to get working results to deliver to clients. I have not been able to do that. 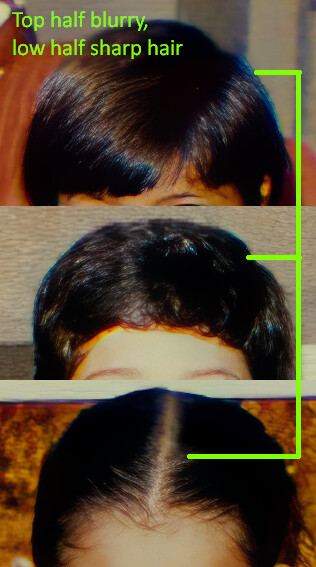 And here’s some nightmare fuel:

Plugin crashes when launched from Serif Affinity Photo 2.0 (was also a problem with v1.1.0).

This update has fixed the issue I had with the GPU utilization of the last update, so I’m happy on that front, but it seems that the “Subject Only” toggle in the sharpening tool isn’t working now. The entire image is being sharpened, ignoring the subject selection.

Works fine from AP2 for me. I am on Windows 11 if that makes any difference.

Hello, same problem as with previous version. As of v1.1.0 I have lost GPU acceleration on my 1080Ti when using Sharpening with Lens Blur / Motion Blur models. Standard Sharpening model is GPU accelerated, but Lens Blur / Motion Blur will fall back to the CPU although it’s a lot slower (even if it’s a 5950x). Processor is specifically set to GPU, I have tried on Auto as well. vRAM is not used up, 6-7GB free when starting Topaz.

I’d like to report a bug:
When applying “Remove Noise” (the non-RAW version, in my case on a TIFF) changing the strength slider does nothing.
Strength 1 is the same as 100. It looks like it either applies whatever autopilot determined or 100, because the result is plasticy smooth with loss of details. 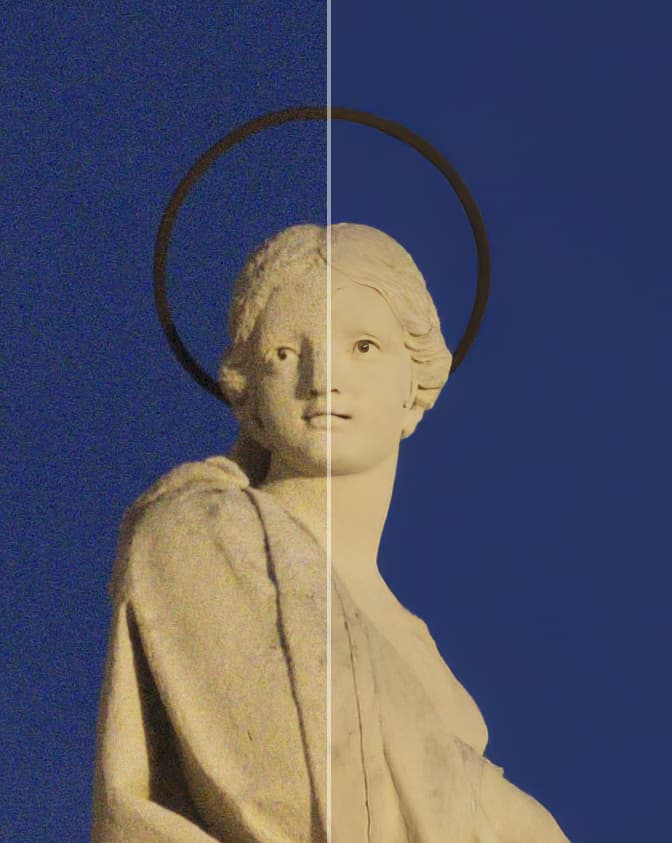 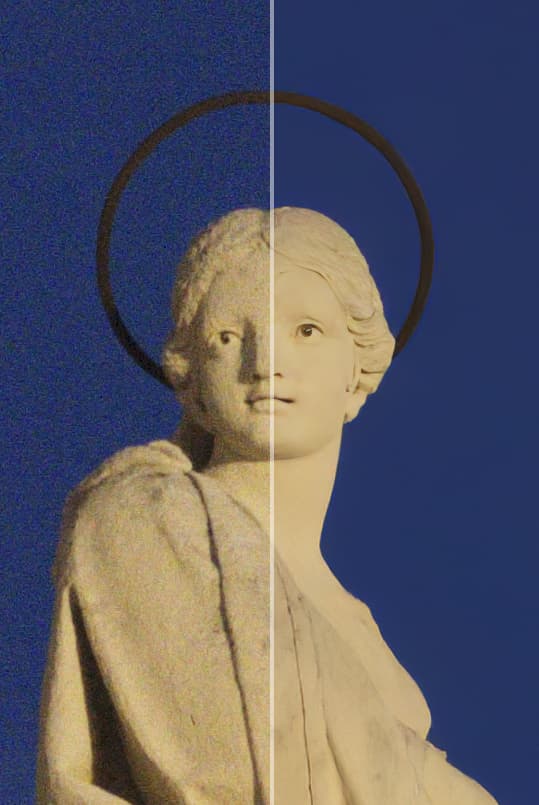 The strength autopilot determined was 27 (detail 24) by the way.

I experimented and found it does not behave like this when starting standalone with a .RAF raw file. It does this while doing “edit with …” from Capture One and exporting the image as a TIFF. I do this with a TIFF* because I want to apply the Fuji base (colour) profile and lens correction. Lens correction in TPAI does not work (while RAF does contain lens correction meta-data) and using a DNG for the CaptureOne<>TPAI roundtrip sends an uncorrected file and the resulting file can no longer be lens corrected in CO.
*I use a cloned variant where I apply a custom style to disable any Capture One noise reduction, sharpening or clarity and reset exposure/HDR/levels to 0 as well. This way the TIFF is an almost untouched demosiaced version of the RAW file (which CO does better than TPAI) with only the base curve and lens correction applied. 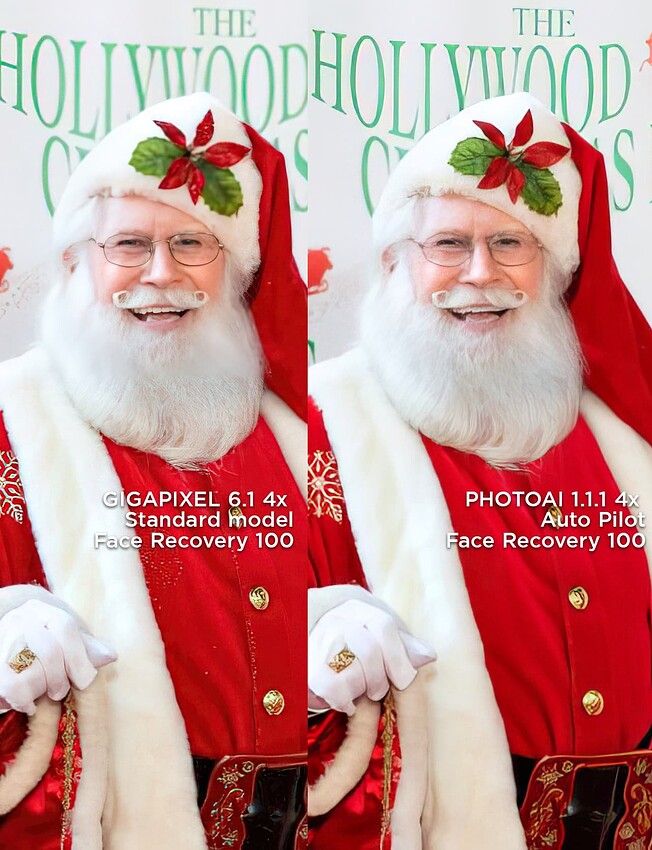 Another bug:
The before/after preview is misaligned with the slider when zoomed to 50% or lower. In the centre it’s correct, to the right the boundary shifts further right than the slider and to the left it’s further left than the slider.
Right: 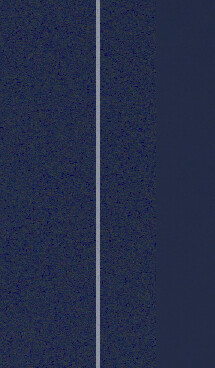 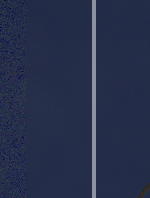 Another 2 bugs related to sharpening:

These two issues occur both from RAW (.RAF) and when using TIFF via Capture One (edit with>process with Topaz Photo AI).
You can see the pixel shift when you slide the before/after slider left and right or toggling on and off sharpening. The shift is also in the final export.

The error that Apple has in their report said the problem was invalid code signing.

Installed PAI 1.1.1 to Win 11 Pro desktop PC. No glitches in the download/install.

Ps 2023 Plugin launched fine, processed, saved back to Ps layer. No obvious pixel hop once back on the Ps layer - I could see the various effects added while in PAI had applied to the new layer image.

No picture in picture effect when Zooming in that I experienced with this image. 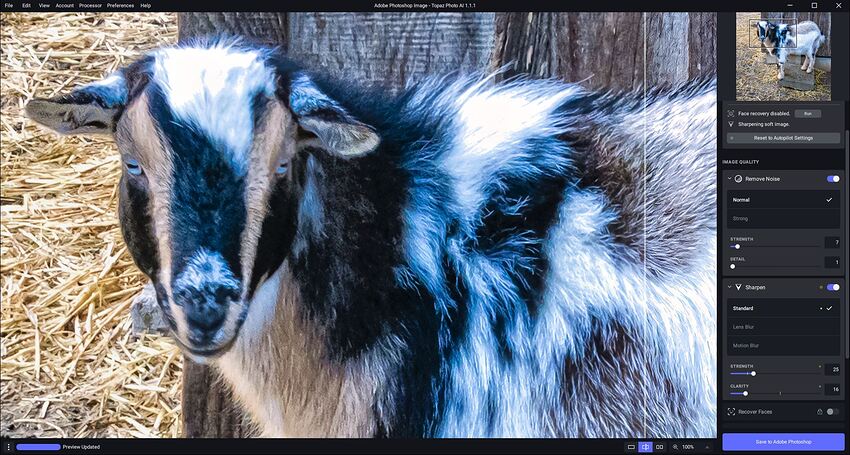 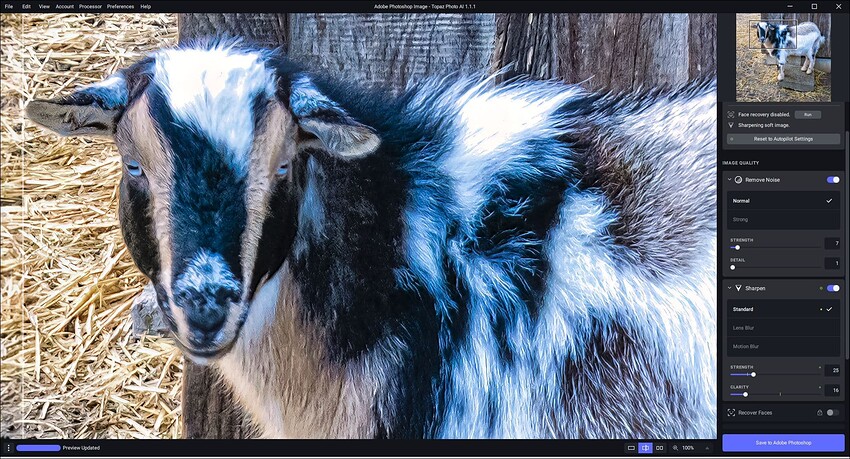 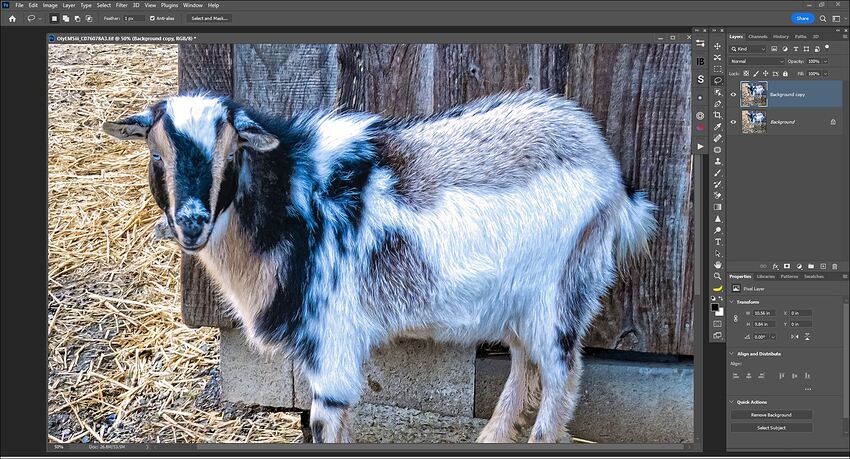 In addition, “Process with Topaz Photo Ai” is no longer showing in “Image> Edit With”. Also saving now results in the saved image being saved in the folder location as the original, and not back into Capture One.

I’ve uninstalled this latest updated version 1.1.1 of Photo Ai and reinstalled the previous version as at least in that version it still save’s and round trip’s back into Capture One. Hoping for a fix soon.

Have you tried changing the zoom level before moving the image around?