Artifacting seems particularly high for the DeNoise model, note that Low-Light will fix it but the effect is quite pronounced (No Sharpening makes no difference): 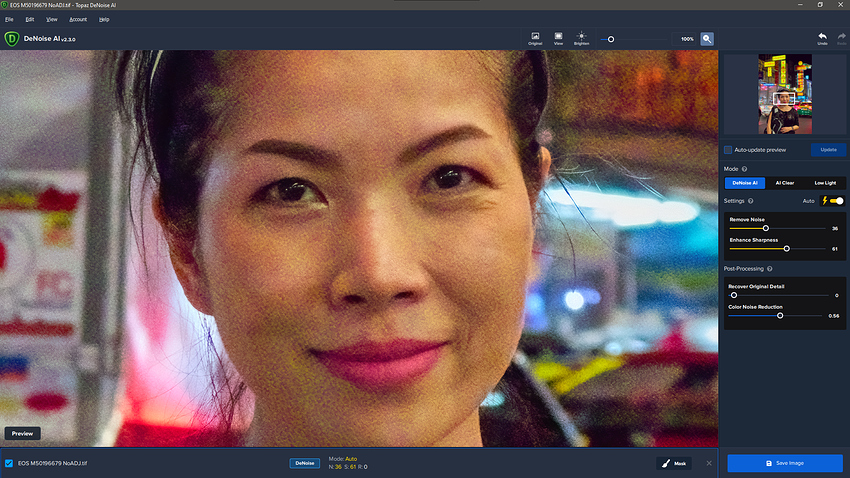 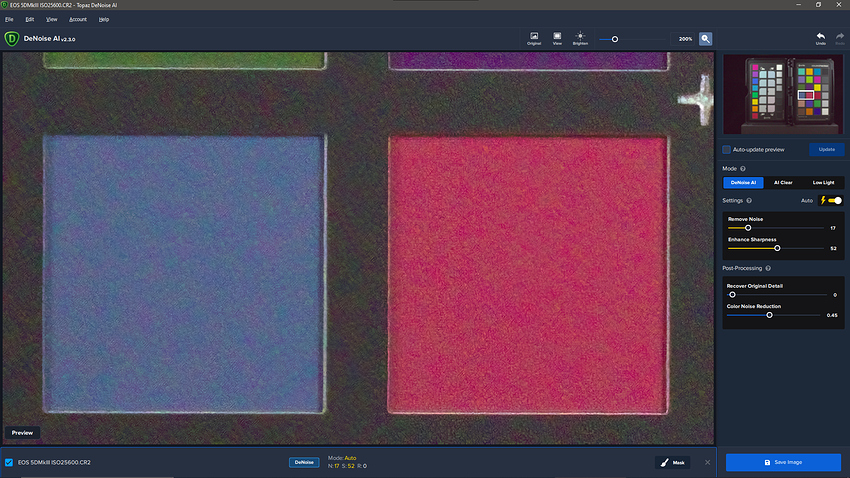 Looks like there is no possibility to make a split view between the original and processed images? Am not sure how the “comparison view” mentioned in the release notes is implemented…

Click on the “View” icon at the top and you’ll see four options: Single, Split, Side-by-side and Comparison.

Download the installer and try to install to a different location. But I suspect it will treat it as an upgrade if you have an existing copy installed.

Otherwise raise a support request at the main website and ask there.

I would say this model is not made for images with color noise.

It does better with images that are already denoised and sharpened with LR, C1 or others.

When i want to move the preview it works only after the second klick.

Before after locks with the mouse.

This has been addressed. Currently batching a few things into the next release. 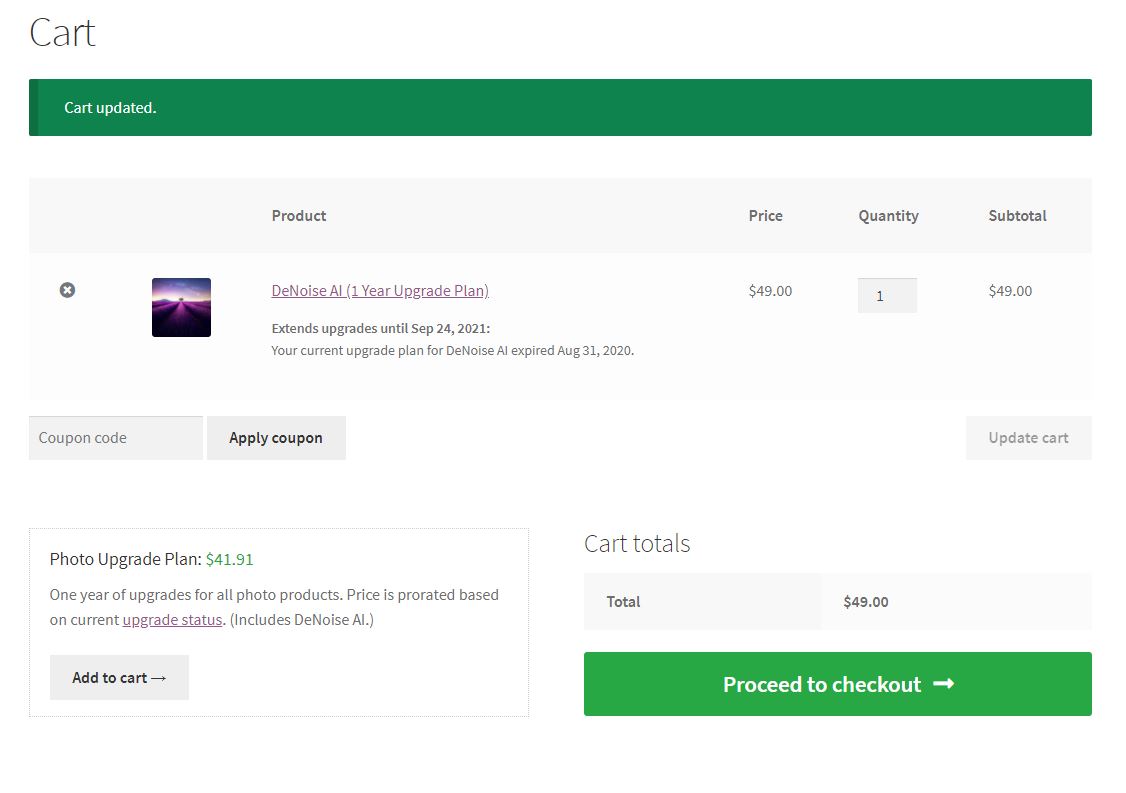 Good to known Just purchase the upgrade to 2.3 , looks starting as licenced but I am getting the login box to register every time I launch it . So just I need to close it
Just a few discrepancies :
with the cursor on the split view and one crash while updating but nothing dramatic and I am confident and wait the next release

I purchased an upgrade this morning. Downloaded and installed the software from your site. EVERY time I launch the new app I get the message to renew my license. I login and it does not recognize me. What can I do??

I’d recommend you contact support directly to handle any account issues. I looked at your account’s status and it looks like you didn’t purchase an upgrade (or at least not with the e-mail associated with this forum account). If you purchased the wrong thing or it went to the wrong account support should be able to fix it for you.

I looked at your account’s status and it looks like you didn’t purchase an upgrade (or at least not with the e-mail associated with this forum account). If you purchased the wrong thing or it went to the w

Thanks. I hope they reply as quickly as you did!!!

I just upgraded to 2.3 and noticed the following issue:

When mousing left and right using the split screen, the dividing line doesn’t follow the mouse movement and generally skips around.

Worse algo for me: low frequency color and luminance noise get’s less denoised on low light mode. Pictures I could rescue before would fail now

(Sony A9 RAW pushed really high to ISO 25-50.000, exported from LR with color and luminance denoise set to zero (which worked best for me until now))
-But- the AI Clear Algo seems to handle this extreme noise better than before (with some other drawbacks regarding details)

An irritating issue - clicking on a processed image preview brings back noised original, and it’s needed to move the image a little at least to recompute the preview.

Hi-Fi model, as for now, in unusable - artifacting, and it’s not chromatic aberration, it looks rather like horizontal multi-repeating the “contrasty” edges with a rainbow.