VEAI shuts down the computer

anyone having this issue ,where video enhancer shutdown computer randomly sometimes when previewing and sometimes or 90% of times when saving a video/images sequance?
using core i5 GTX 1070Ti when switching to cpu all seems fine but takes a light year to work but when using GPU mostly software shuts down the computer tried to check GPU-Z software sometimes use power unstable and power consumption sometimes show +130% in a sec and comes down .

the latest version now and then during processing suddenly ends up in a Windows 10 bluescreen telling me “something went wrong and Windows has to restart”.

i have and had the same issues…
it started with 2.0

but since i am often running multiple instances of veai and do other things on the pc like cutting with adobe premiere or just surfing and watching movies, i could not find the reason … i am still guessing
it happens only after the pc is running for more than one or two days…

first i thought its a thermic problem, but gpu/cpu hardly reach 90°C
most of the time its just 70°C what is no problem for both

i went and tried the previous versions 1.9 and 1.8 both of them does the same thing and make computer lose power and i don’t think its from my GPU my computer runs fine 24H/24H sometimes i play intensive games that uses 100% GPU with power draw up to 100% and it never shutdowns my computer maybe games is not best example, maybe a good example is using V-ray for rendering and uses GPU it runs fine and never made my computer lose power pls devs check what’s happening this software is good and needed, and now when i try launch VEAI and try to complete a video it crash immediately most of the times like 95% it will crash in first second 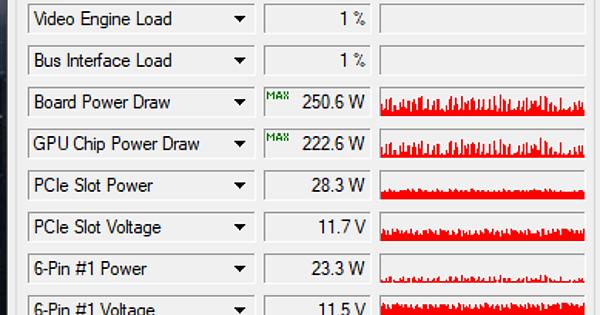 I think what may be happening is a spike in temperature on the CPU or GPU. I know this can cause the computer to shut down abruptly. The reason I think this could be it is because I kept Open Hardware Monitor on during an upscale. On average I was getting temperatures on my CPU around 83 and this went on for hours. When I came back hours later though, my temps where still averaging around 83 but I noticed that the Max temperature recorded was 106! Something made my PC temp spike to 106 even though I had left it alone with nothing but VEAI running. (I did have 3 instances running. Two on my 3090 and 1 on my 2080Ti. CPU is a Threadripper 3970x 32-core, 64 GB RAM.)

I may try to lower the use of my CPU and VRAM in the settings and try to see if I get this spike again.

okay but this should not be an issue with video enhance itself. maybe check the cooling options in the bios. i also think the cpu should normally clock down or start to throttle before it shuts down for safety. also check the maximum power consumption needed under full load and if your power supply can deliver that.

So i can easily run 3 instances
But running more than 2 instances “sometimes” leads to a crash.
“Maybe” caused by temperature peaks above 100°C

As some devs recommended to run multiple instances, at least until the RTX30x0 GPUs are better supported = used to the max. i wonder why there is no progress. i always hope for the better when i install studio driver updates, but no advance , yet.

I often requested a “saving queue” option. Like every other video software has for saving projects.
A large queue file (a list of 10 videos to be rendered) is a PROJECT for me and sometimes i spent lots of time preparing these queues.
During a crash … its all lost. Overwritten by zeros… the auto saved save.json is empty and i need to start from the beginning. No chance to load it again.

But no answer, yet.

Look into overheating. Most CPUs have protective circuits in them that either reduce performance or crash when the temperature goes over the max for that device. My Z490 machine with a powerful i9 processor in it kept crashing, because of this. I have very good water-cooling but it appears that the core voltage was the problem. I lowered it to the default using the Intel XTU utility and the problem went away. This also resolved a similar issue in another high-end rendering application I use.

Overheating / too high of power draw is usually the culprit. A brief spurt in power consumption can make a lot of lesser quality PSUs and Motherboards give out. There’s a reason why when you’re buying motherboards, you can pick ones with anywhere from 4 to 16 VRMs. If you’re going to be doing intense work, get equipment that can take that intensity.

For my Desktop, I got a PSU that had no measurable ripple under heavy loads - which means that the testing equipment of the reviewer needs to be more sensitive, and the PSU is ridiculously good at dealing with spikes in power consumption. (A Seasonic Prime Ultra Titanium PSU, for anyone wondering.)

I use ThrottleStop on my laptop to fix a similar overheating/overvoltage issue.

A good old -60mv undervolt on the CPU and IGP did the trick.

I have a similar story.
I believe it is cayse of one of the Windows 10 updates and Video Enhance Aı cannot use system resourses after the update. I wrote to support and send a couple of diagnostics. Now they are investigating. Here is the details:
I am pretty sure that version 1.5.3 to 1.7.1 quite good and was working on my PC (CPU: I7-8700, GPU: MSI RX 5700 XT Gaming, RAM: 32GB-4000mhz, Samsung 980 Pro nvme). Even increase the GPU slider up to 80 was fine for the software.

I changed GPU to another slot and I tried another video file. I cleaned the video file with Premiere Pro and export as xmf. As I wanted the color correction after VEAI enhance.
The xmf file is 64GB and 1280x720. I loaded to VEAI and choose to HD 13920x1080 mov file. My PC crashes after 1/4 of the file. BTW: When I was looking through web found so many users have problem with crashes. I came accross an review about VEAI which saying is the software file size limitation is 10GB. But review was quite some time ago. I don’t know it still has that limitation or not.

I watched of all process, tried with smaller file size and figured out VEAI not write data to disk during process. I think All data kept in either memory or temp file. Don’t know it is related to it.
I am an an IT expert but I am out of options. Same PC, same specs.GPU checked, PSU checked (voltages seems ok), CPU checked, slots ok. Other hungry resource apps (4 games working well with 1920x1080 resolution). If the software was working with the version 1.7.1 previously why doesn’t work now. Only two things changed/added to PC: Windows 10 Updates on March and April. Seems that the software not compatible for the latest updates of Windows 10 (I don’t know). Seems like VEAI cannot handle for using the system resources well. Because all of my Adobe programs, my resource hungry games working like a charm.

Here is my another input to the forum about this:

Keep in mind, even if it was possible, your method still wouldn’t work for people that only appear in the background of a video (never in the foreground). So it would look more than weird if a person was in a background crowd and then walked forward towards the camera. Because he would have a nice clear face while everybody around him would look like zombies.

CPUs are a bit like office buildings, and 100% and 0% CPU usage are a bit like saying the building is Occupied or Unoccupied. It doesn’t tell you much about the operations within.

CPUs have many internal components, which may or may not be in use while it is occupied. A good example of this is a program that gets stuck in an infinite loop will stall and consume 100% CPU, but not make much heat because it’s like only using the lobby of the building. Doing just one thing.

On the other hand, when the CPU fires up AVX-512, the CPU has to downclock aggressively to have enough power for that workload. It’s like if you crammed thousands of people into two floors - you’d have to be mindful of the HVAC needs of those floors, at the expense of other tasks/floors, or everyone there would overheat.

Because of this, no two “100% use” workloads are identical. I am reminded of a graphics driver update a few years back that nVidia put out, which improved one game’s FPS by a whopping 40%. In the immediate aftermath, the forums were plagued with users complaining of crash issues. The drivers did such a better job keeping the components of the GPU utilized, it resulted in too high of temperatures and too high of power draw, causing those crashes. Some power supplies and manufacturer GPU cooling solutions were not up to the task. The solution ended up being underclocking the GPUs with MSI Afterburner.

You think you do a good job by optimizing your software to more fully use your office building, and suddenly nobody can run it because of those crashes! Tsk tsk!

I would start to get to the bottom of it by graphing RAM, CPU and GPU usage. Use programs like RAMMap and MSI Afterburner. Dump the data that you can to a file. I have seen it where the Task Manager thinks RAM is 60% in use, but RAMMap adds up to 97% in use, so more accurate accounting of memory could reveal a point of failure. My main workstation has 128GB of RAM, for good measure.

Graphing CPU, GPU usage, temperatures, boost levels and voltages could also reveal something. A lot of computers will shut down if components exceed 90-100C, so keep that in mind.

Good luck with the detective work ahead of you!

I was searching for a week and I am so tired. I reinstall Windows (twice) and drivers. Prevent Windows Update. Tried all versions since 1.5.3. Tried on another PC. It a No-Go. Even support team cannot help.

Then, I read an article dated February 2020 comparing video enhancement programs. Surprised, that one of the cons is video size limited to <10 GB. It must have been changed since then because clearly I remember they added support for .mov (ProRes) HQ support on 1.8.1 if I remember correctly. Which means this type of file size can reach hundreds of GB’s easily. And I was so pleased because, I was thinking upscale the old sci-fi series/movies (eg. Babylon 5 movies).

The video I was trying is mxf (ProRes) file which I cleaned up with Premiere Pro neat video plugin. Now I was trying to upscale to mov. (Prores) again so I can do the color corrections on final.

When I read the article it flashes on my mind that this file which I was trying is around 64 GB. Could be the problem? They should have been lifted the 10 GB limit, right?

No. They didn’t. I understand this when I tried another mxf file with the size of 2 GB and all the settings are highest. VEAI handle and finished upscaling in 20 mins.

This is unbelievable and ridicilous. And I don’t understand added support for mxf and mov (ProRes) file and not remove file size limit.