A new release of Topaz Video AI is now available.

Please take a look at the Video Roadmap Update for more context on what we’re focusing on right now. Thanks in advance for your feedback!

I would like an update on the progress of the Theia models. Right after I decided I wanted to try them out in depth, they got broken. I cannot use VEAI 2.6.4 because it has no CLI and the output has very prominent vertical and horizontal lines throughout. In the early access 3.0.0.8, those lines were there, but only in the few frames after a scene change.

Some news would be better than nothing—even if it’s that nothing is planned to be done with it for a long time, or that it’s being removed entirely.

Quick notes on this version:

Thanks for all you do!

Not that I know of. The .VOB is just another way to contain MPEG video and audio. It is/was specifically designed for use on DVDs. The TVAI 3.x beta was having problems reading the VOB, I guess it still does.

However, after I opened this v3.0.11 release on a file it could read, I discovered that it makes much better use of my RTX 4090 than the previous release did. I haven’t tried any timing tests yet, but it is much faster than v3.0.10 was.

I have also had the file date (and MediaInfo) problem you mentioned occurring on and off intermittently, going back into the beta.

The enhancement quality has continued to get better and better. - The Topaz/TVAI dev team is really into making it work better and faster. If these new Nvidia SDKs can do anything to make TVAI work better, they’ll be right be right on it. (My guess is that they already are.)

The Magi from the East on their way to Bethlehem came forward @nipun.nath.
Thank you very much, consistent results in deinterlacing.
Thanks for the illusion that the version v.3.0.11 transmits.
It would be interesting to have a one minute interlaced video for download from the Beta testers in NTSC and PAL format.
It would allow our group to compare results, experiment and draw technical conclusions, with the same clip.
Sony announced that it no longer produces spare parts for Los Betacam Digital 16/9… terrible news since the last century will become unrecoverable with the format tapes not yet digitized.
The non-existence of a good de-interlacer that allows HD upscaling discouraged the large public channels from carrying out full digitization.
The letter from Reyes received today creates illusion in the first tests carried out, with metric E.B.U. emission standards.
Congratulations to all the team.

The new tool uses AI to improve the quality of video by removing compression artifacts and then upscaling video resolution from 1080p → 4K (in real time ?).

It would be great if Topaz VAI can use the same technology to upscale video for better performance.

For more detail and dicussion please refer to following Topic.

Not much info is given as to many different scenarios people face with up-scaling video. No info on what it does to fine details, to human and animal faces, high or low frequency details, film grain you want, vs noise you don’t want etc. Seems to be aimed at gaming and CGI clean computer generated graphics, not much info on anything organic and filmed with variety of different recording devices. From smartphones to high end camera and VHS transfers etc. Until I see more info on this nVidia tech its not looking very impressive. Useful perhaps for some gamers, but not impressive.

Thanks for the new release. However, the newer models still don’t seem to work with NVIDIA RTX3080 GPU. The 3.x release is still 40…75% (!) slower compared to the 2.x release, at least on my test system.
Honestly, I get the impression that the performance gets worse with every update 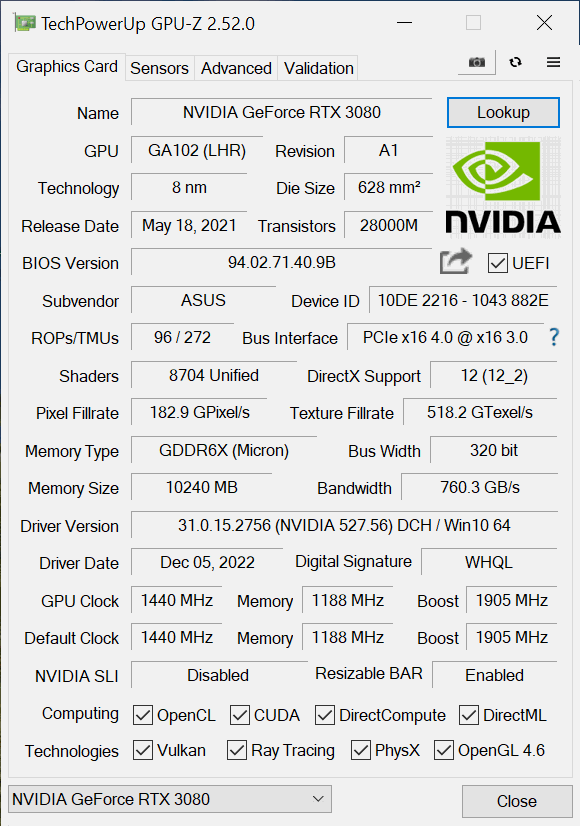 You’re partly right, but the most amazing thing about Nvidia’s technology is that this upscaling is applied in real time to the video… of course you have to see the final quality, but it’s sad then to compare with TVAI which is very slow to upscale to 4K instead!

Odd. I found it almost twice the framerate processing Proteus sd to FHD. I selected Nvidia h264 output and away it went. Not half bad on just auto settings. I believe I’ll tweak the settings for my final SD to FHD export

I’m working with a 7950x cpu and 7900 xtx gpu, any love for team red in any future updates? smart access video support, the new ai accelerators (comparable to tensor for nvidia) or at least av1? The new amd rdna 3 cards have av1 encoders but its not an option in export in video ai.

You’re partly right, but the most amazing thing about Nvidia’s technology is that this upscaling is applied in real time to the video…

The same goes for modern 4k TVs; it’s amazing what real-time A.i. upscaling they’re using, while TVAI is slugging away at 3 fps, max.

on the other hand there is only proteus which was only updated for a better quality? I see Artemis is still the same, no update of this model is planned? and where is the manager models with alls models ? He isn’t there…

no, virtually all DVD’s are 23.97. The 29.97 comes in AFTER the player being used like a DVD player performs a pulldown to play it back at 29.97. You would only want an editing platform to use the native file, in this case 23.97 so yes the above is an error. The only frame rates TOPAZ should see in clips ripped from DVD’s or BLU RAYS would be 25fps or 23.97fps.