This week’s update focuses on various plugin experiences, some RAW updates/fixes, and various UI changes. One of the big features is a new Lightroom plugin which can be accessed from Lightroom’s File > Plug-In Extras menu. This allows RAW files to be sent to Photo AI instead of being forced to convert to TIFF first.

This release also rolls back some things added in 0.8.0: Quality Assessment and Basic Adjustments for RAW input. To put it short, these did not live up to our expectations for a release feature. We want to pull them back for now and consider looking into them later.

Y’all be the DJ Khaled of icons… “Another One” 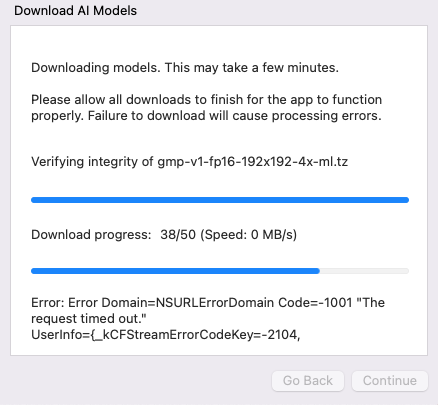 I quit the installer and relaunched, and the app seemed OK (so far).

Maybe I need those downloads after all? “No filters active” at 4X: 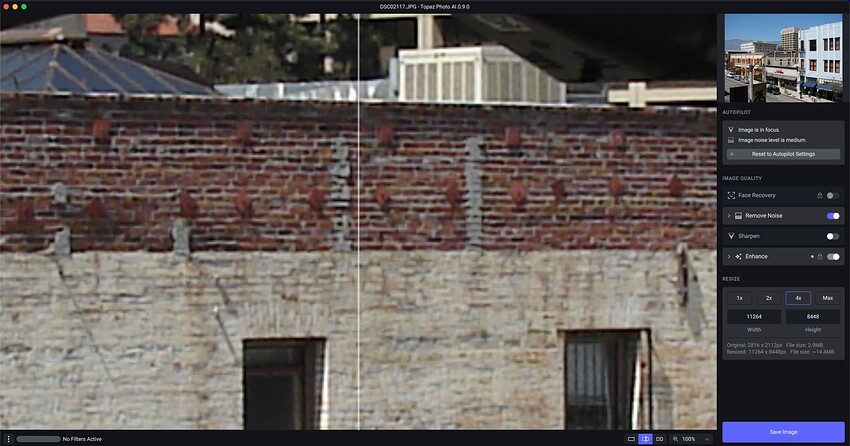 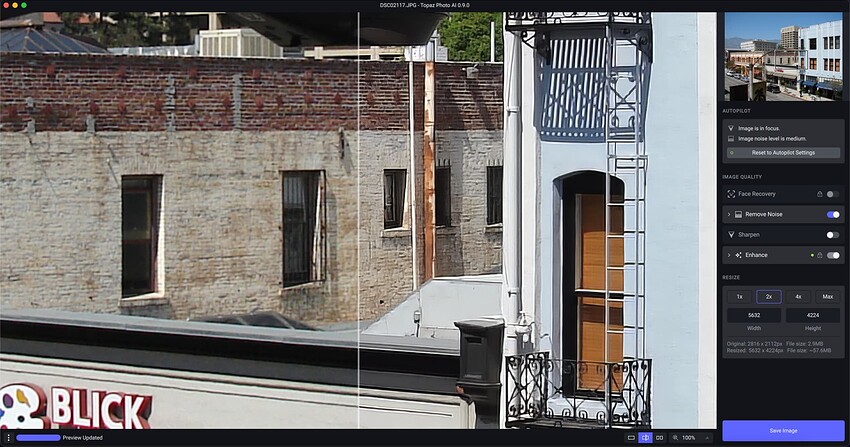 Problem is with Low Resolution model. Does not work above 2X.

I mostly prefer to work in Ps. But will try some Raw images tomorrow… with the Standalone.

Snips: (mentioned in Notes above) 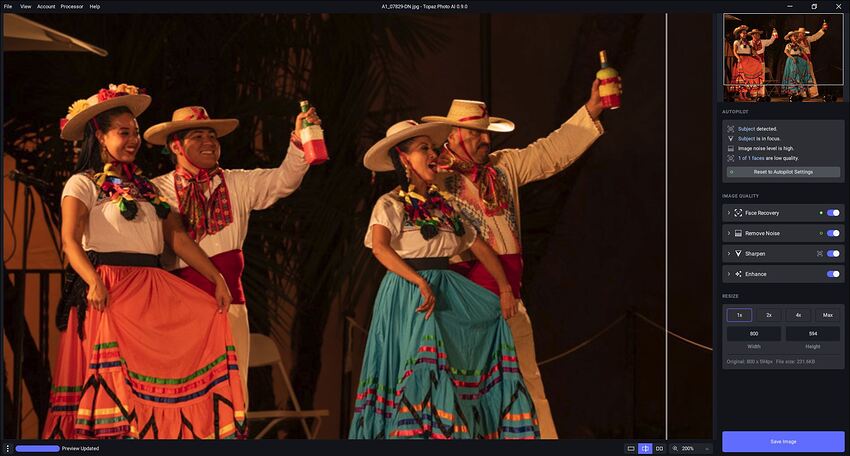 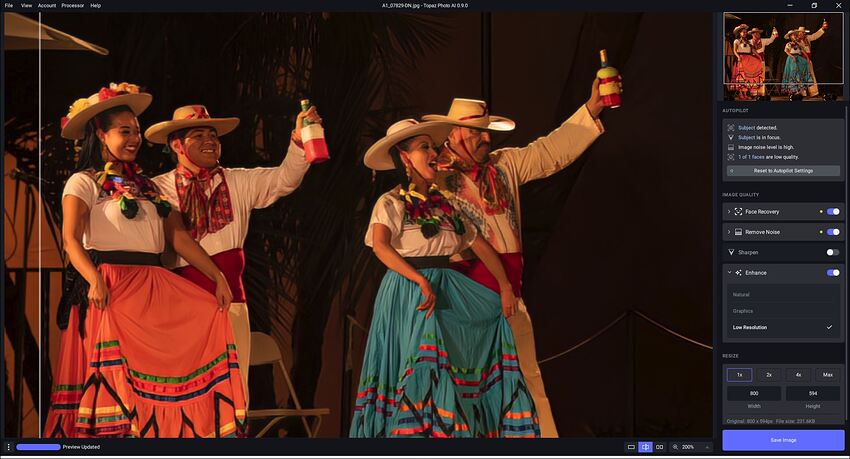 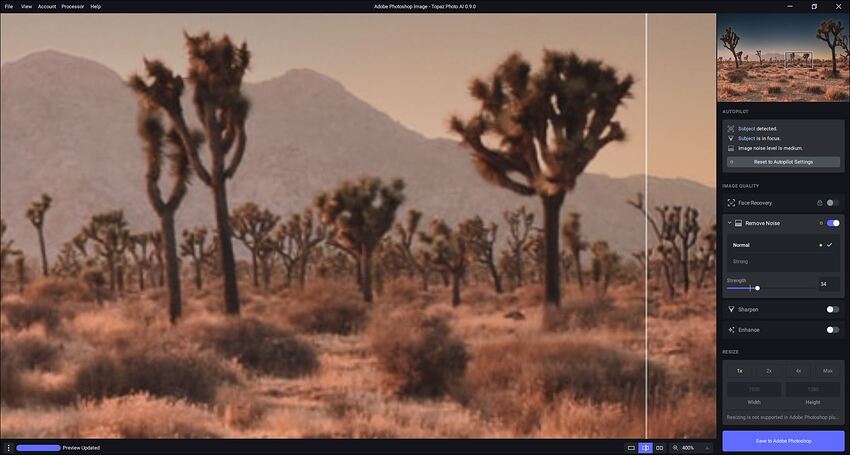 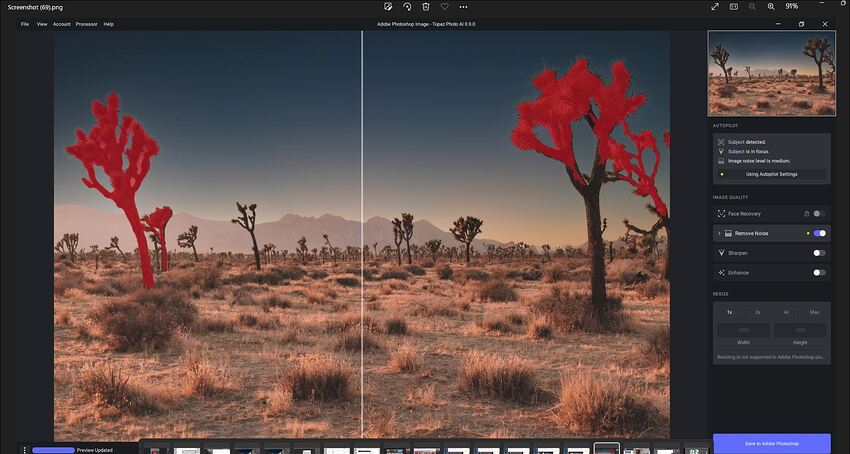 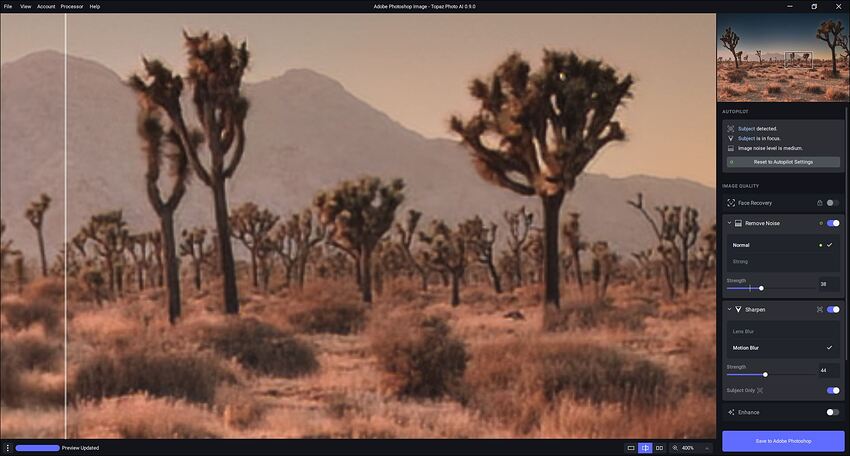 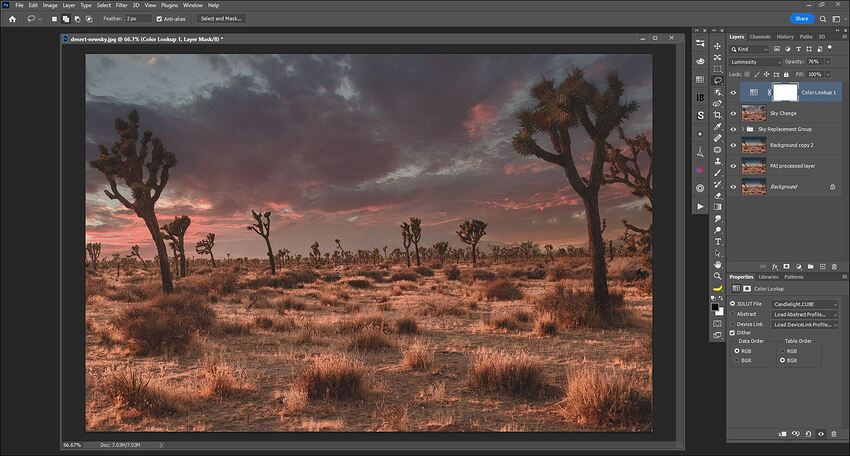 When I send RAW image from LR through Plug-in extra and have anything but CPU chosen, program crashes and I get the error message “An internal error occurred. Failed to process photo…”. When I send a TIFF image form LR through edit in, same thing happens without message.

Overall very pleased with the changes and performance. Ran these test multiple times. The way I tested would be the way I use the product. Nice work.

Photo AI 0.9 continues to really smooth out detail to unusable levels (top). You don’t get this in Topaz Denoise AI (bottom) 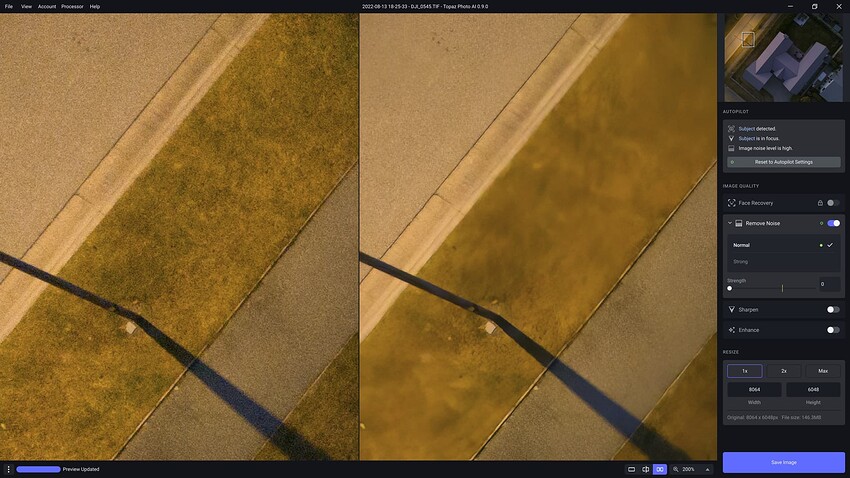 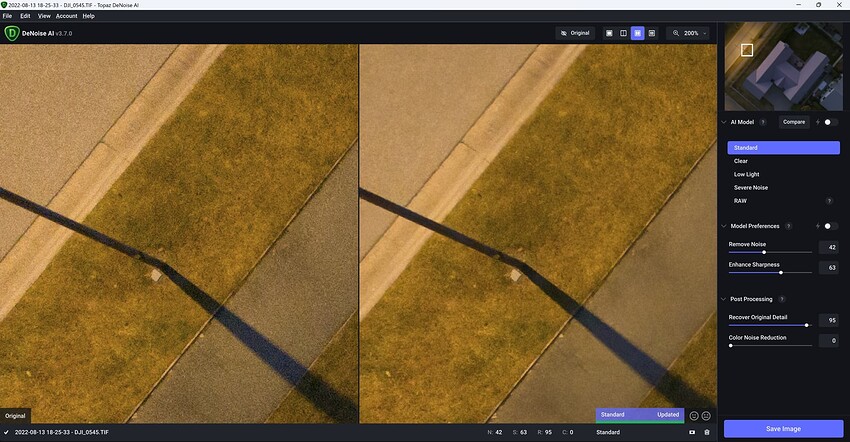 Photo AI enlarge image does not operate in Photoshop or stand alone. How do I resolve this?

Won’t operate as a plug-in, should operate as standalone. What’s your OS and how are you opening the images when using as a standalone?

Try opening through the File Open menu and make sure it isn’t a RAW.

Photo AI enlarge image does not operate in Photoshop

interesting. PAI 0.9 (mac) added wire rim glasses during facial recovery.
these two screen caps were taken at a wedding twenty years ago just moments apart. glasses were added to the left image. even odder, the left and right lenses are different shapes. 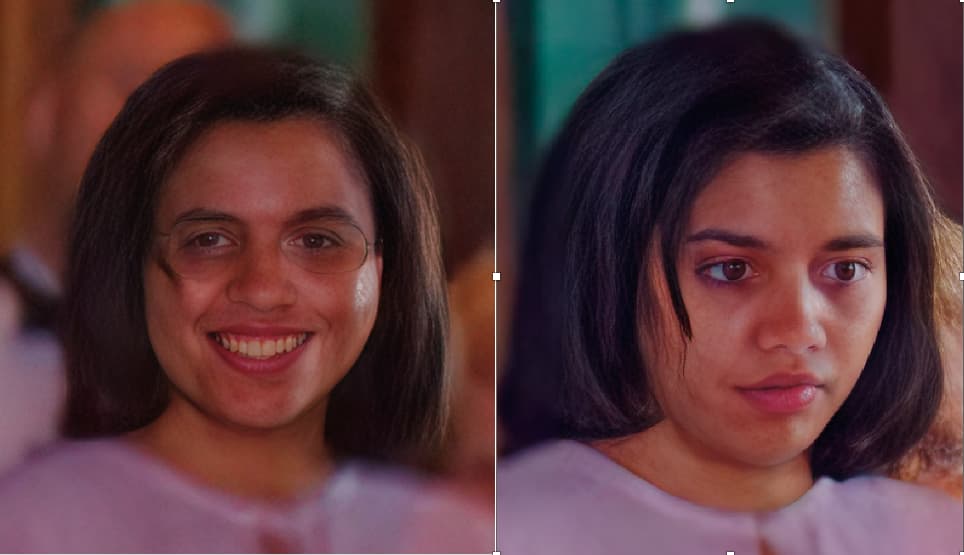 what is ‘enhance’ enhancing?

However, for me, before it can be considered as a usable RAW preprocessor call from Lightroom, On1 etc it has to handle .xmp files associated with RAW file. DNGs come back without keywords assigned to RAW files.

This is actually a little bit weird if you ask me and suggests Photo AI when it comes to faces is trawling a database of facial features and sticking a higher quality version of one that matches the original facial features on to the face! So are the eyes even the eyes of the original person? Raises a few questions?

Crisped up the original image of a building in San Diego.

Didn’t select the building as a Subject. Just ID’d some tiny patch in center of image as Subject. Coral overlay at center is the area that was selected.

No significant color shifts to the image in processing. 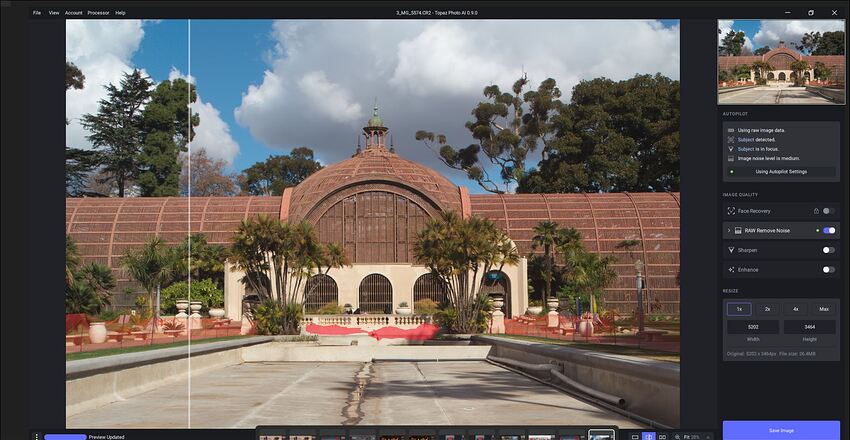 Just downloaded & installed TPAI v0.9. For me still the same problem, works as a standalone, but still crashes when I try to use it as a Photoshop plug-in. Tried with a Nikon raw (NEF) file, TPAI crashed, then tried with a JPG file, again TPAI crashed. Have had to go back to using TPAI v0.6 as that works fine.

What is your PS version?

Did you duplicate the layer before editing in Photo AI as it can’t edit a locked layer?

Do a lot of small bird photography in woodland so need to use high ISO and Topaz is my go to app but with this new TP AI it just does not seem to be able to recognise small subjects in a large area.
Need a brush to manually remove what is not wanted. Thankyou, Russ. 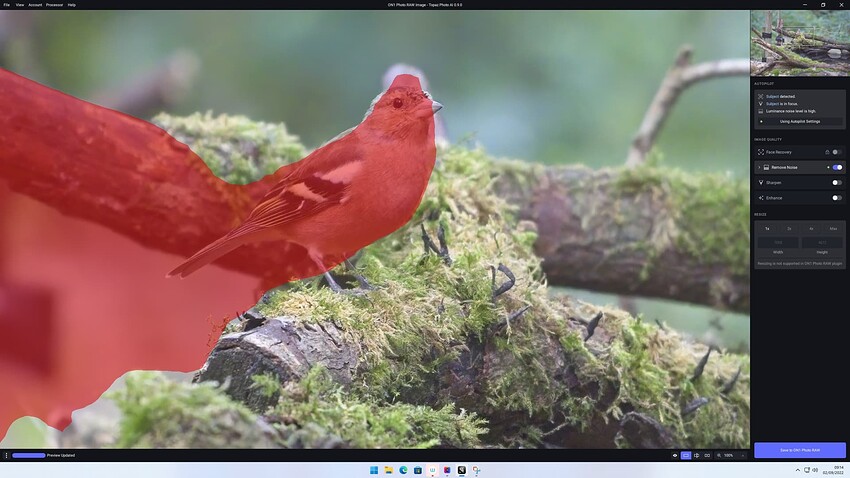 PS. to save another post. I use On1 Photo RAW 2022 with my own camera profiles, when I send RAW images to Topaz Photo with only the camera profile added they come back with the On1 PR own profile without an option to change, is this an On1 or Topaz action as I am sending a RAW file? Thankyou.

As you can see from this pic the face detection is on a cat: 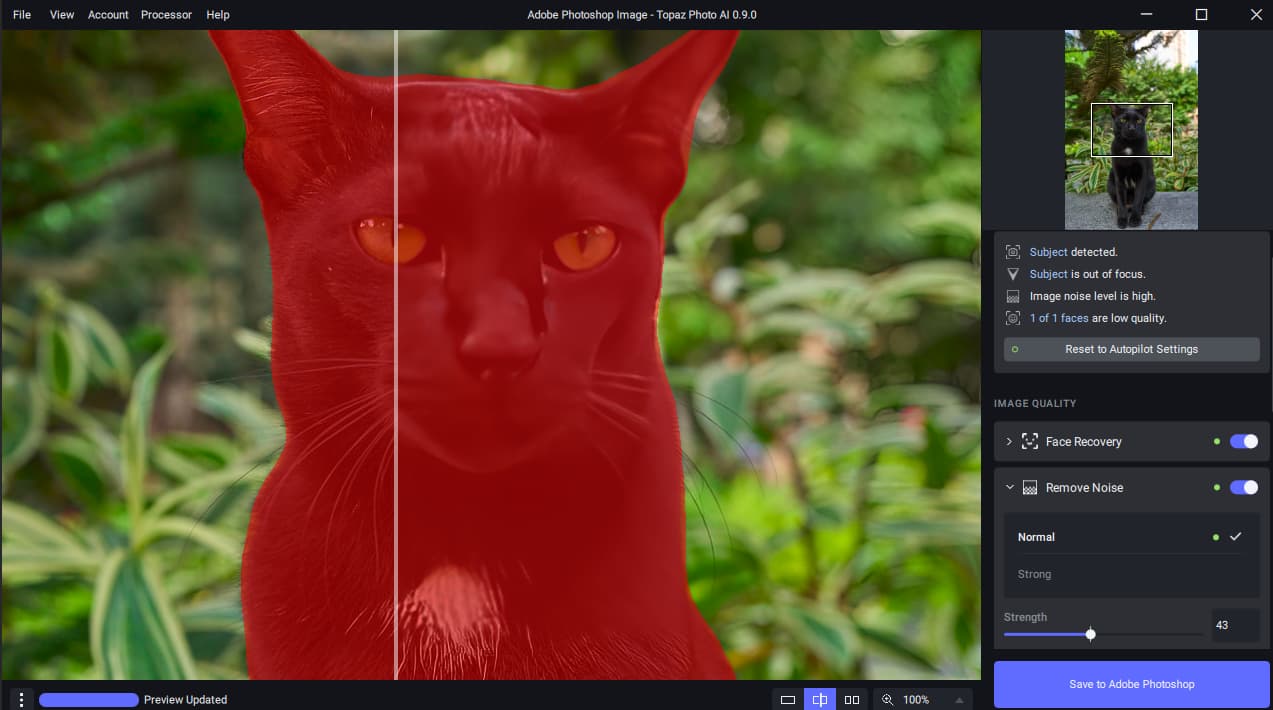 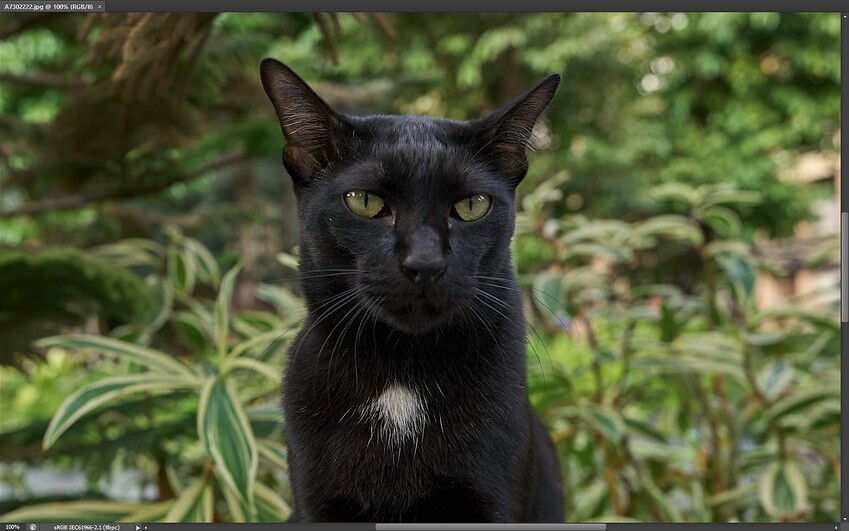 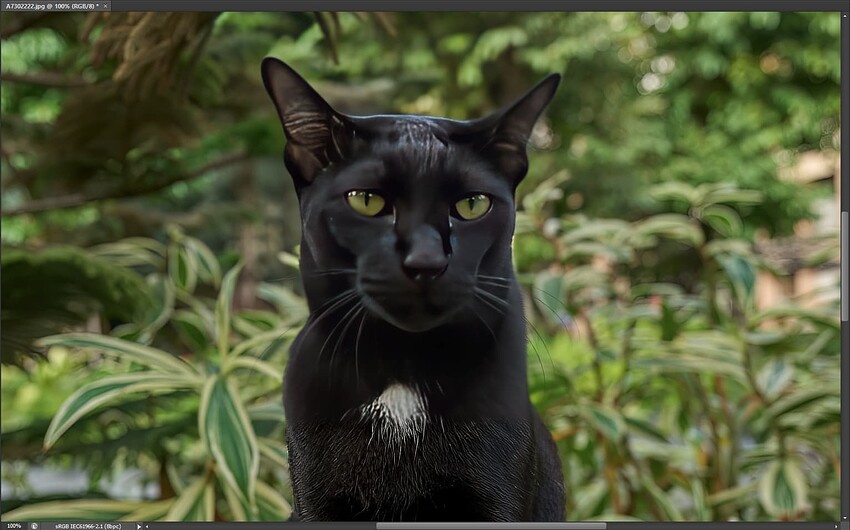