This week’s release has a lot of fixes, particularly related to color spaces and color profiles. While we still have several big features in the works (and of course many more planned for after the big 1.0), focus is starting to move towards focusing on a smooth, stable, and polished experience. We’d love to hear your feedback on what you’d like to still see between here and release.

The windows version 0.7 does not show the photo. Screen is black.

If I convert a raw file from Olympus OMD EM1-mk2 to DNG inside Lightroom, open and process it in Photo AI then save back as DNG then Lightroom shows the same as in Photo AI’s preview. Also Lightroom knows what camera took the photo and allows camera matching profiles to be applied.

However if I open the original raw file directly in Photo AI and apply the same adjustments Photo AI’s preview looks the same as when working on the converted DNG. However if the image is then saved as DNG and opened in Lightroom it

I can supply files or screen shots if required, tell me how you would like them transferred.

Photo AI in standalone mode
Noticed that clicking on any part of the frame (right, left or bottom) the file dialog opens. This didn’t cause a problem but I didn’t know if it was supposed to do that.

Photo AI as Plugin in Affinity Photo 1.10.5
No problems

Photo AI crashes when called as Plugin from ON1 PhotoRAW 2022.5. While this may not be a supported host it has worked on all the previous beta versions I have tried. I had a 0.4 installation file so downgraded to this as test and this could be called without crashing.

I have a copy of the crash report if required.

If you are suffering a black screen on Windows make sure that, if you have a NVIDIA GPU, NVIDIA Surround is not running.

Hope this helps. I have given up trying to install for now

Hi Ross. Could you do something for me using the Command Prompt?

Hi - yes, can you please send me the Apple crash report and the log file from the same timestamp of the crash from ~/Library/Application Support/Topaz Labs LLC/Topaz Photo AI/Logs/

Alternatively, you can re-open the app in standalone mode and send me the corresponding log file from Help > Open Log Folder. Thank you.

Hi! Please send me the original image through: Dropbox and let me know once you’ve sent it. Thank you!

Hi! Does the image look black as soon you import it or once the preview has finished updating? If you could send me a screenshot of how it looks like and your log file from Help > Open Log Folder, that’d be helpful. Thank you!

Hi Sydney - can you also send me a screenshot of the black screen and your log file from Help > Open Log Folder, please? Thank you.

It seems that Autopilot, although active, doesn’t apply Sharpen settings automatically. You can see in this image that I need to manually activate Sharpen even though it identifies that it is Motion Blur: 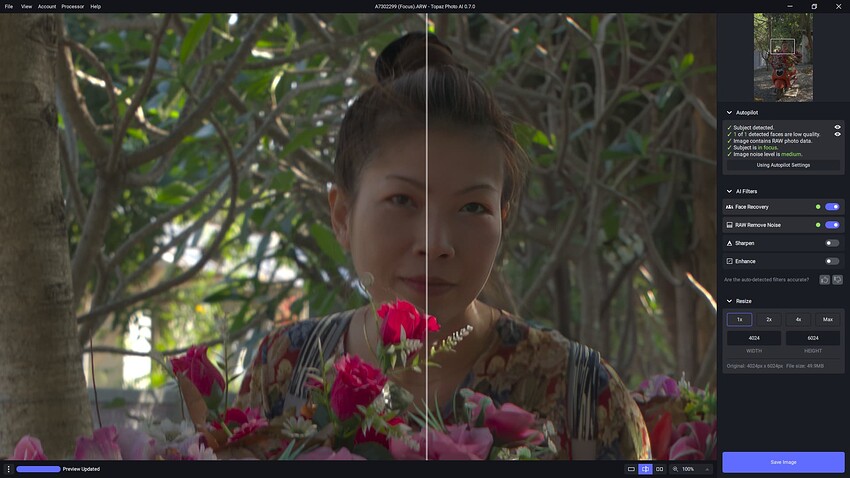 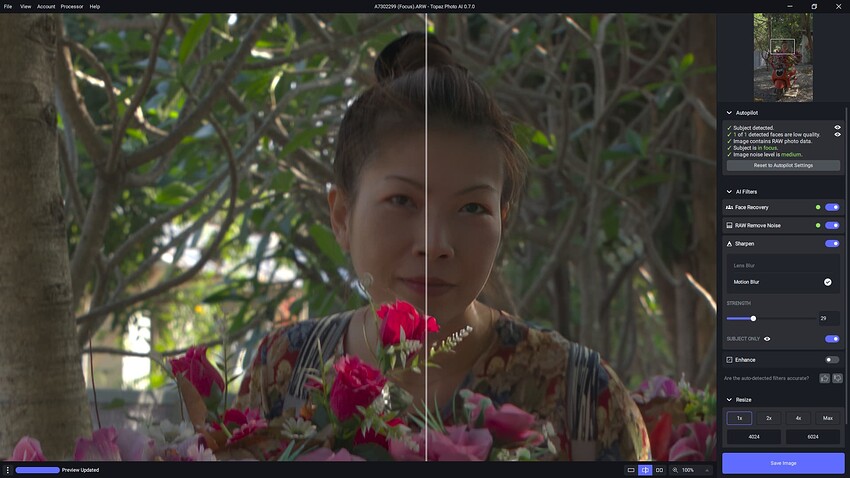 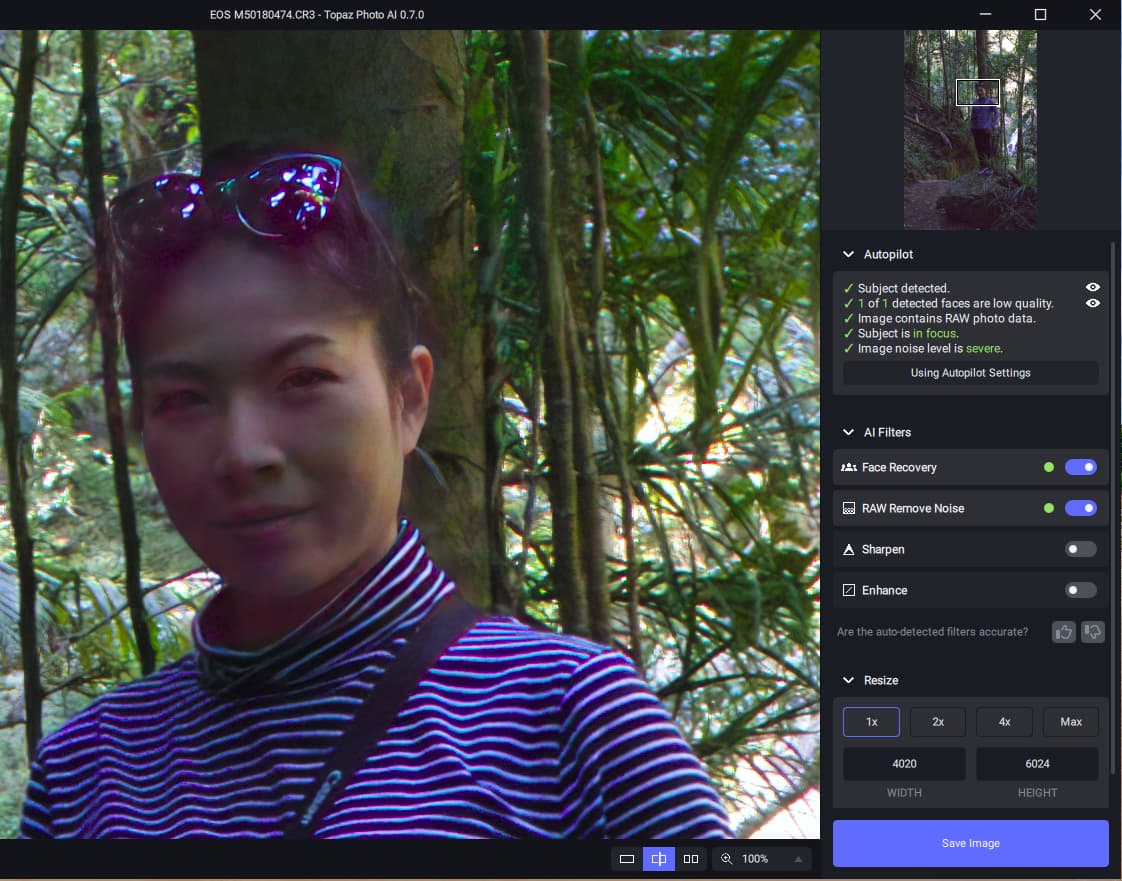 DeNoise certainly does a better job because of the ability to control the amount of Chroma/Detail recovery although both get confused with fringing: 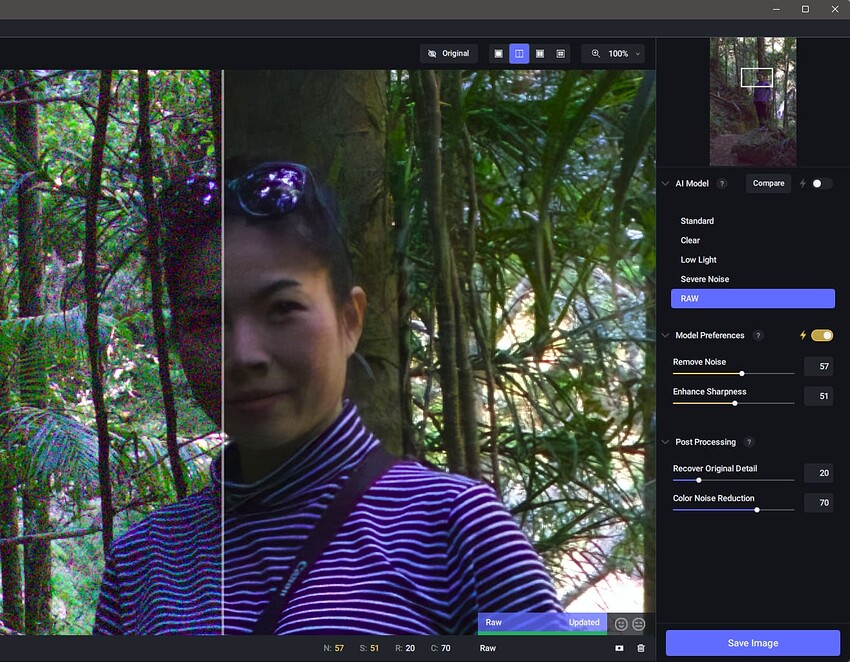 Uploaded the error files from On1 plugin crash to your Dropbox.

Uploaded the RAW file loaded into Photo AI that returns a DNG with significant colour cast, and the DNG returned to your Dropbox. 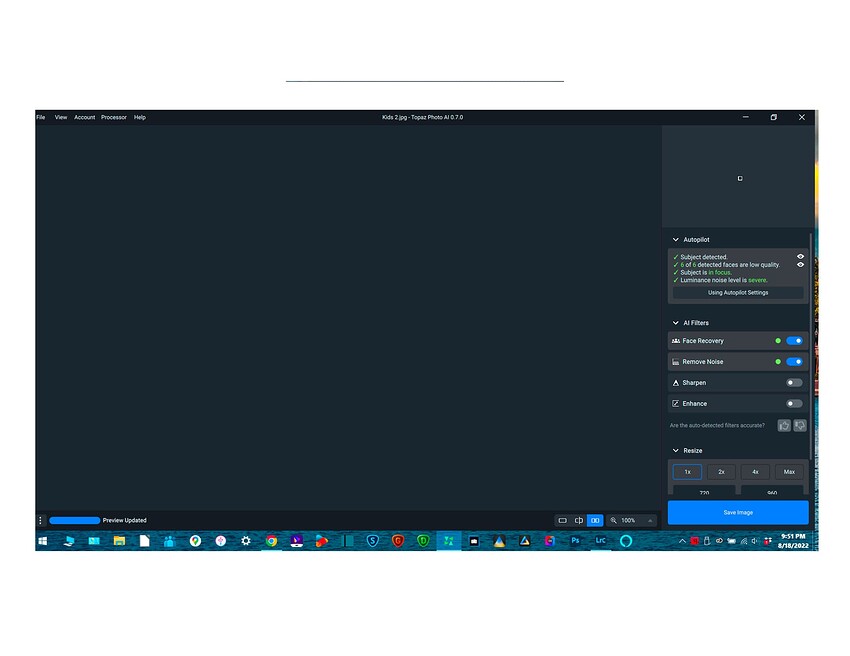 If you go to faces found the squares show up on black where faces should be. Looks like the program is working but no display of the photo. Same in both plug in or stand alone.