If you have any issues using this version such as crashes, hangs, metadata issues or other errors, you can submit your logs and test images here . The images used when an error occurs are always helpful for us when pinning down what the issue is.

Crashes sometimes when I try to process an image (x6, cpu mode, openvino on)

External Editor support has been added on Windows. Open Gigapixel with your favorite photo editing app and it will process, save the image, then quit

I don’t see any way to get this into Affinity Photo. There is no PS_plugins_X64 file folder in the Gigapixel AI 5.0.1 update.

Crashes in CPU mode while Mann-Made settings is on - cannot update preview or save picture (AMD 3950X), regardless of OpenVINO settings. This bug was also in 5.0.0 version.

If you go to File -> Preferences, do you have “Use maximum quality AI models” turned on? If not, can you turn it on and try it again?

I am using “Use maximum quality AI models” . Funny thing that in 5.0.1 it seams to crash only in 2.0x magnification - 4.0x and 6.0x work OK. Also after using “Use recommended setting” option to use OpenVINO is grayed out …

It looks like Affinity Photo needs a PS plugin in order for it interact with external editors. Gigapixel doesn’t have a PS plugin at this time (it should by the end of the month).

I’ve updated the changelog to better reflect this - sorry for the confusion! It’s basically a fix centered around processing then quitting when Gigapixel is opened with a list of filenames passed in, if that makes sense (programs like Lightroom open Gigapixel in this way).

The option “OpenVINO” seams to be back after successful run of “Use recommended setting” - maybe one time issue.

This release is not working and does the complete opposite to what it claims.
With V5.00 I could call Gigapixel from Lightroom as a secondary external editor and it worked fine. It called it, opened my file and processed it. I then closed Gigapixel and went back into LR and synchronised my folder to include the file in my library - it worked.
Now it corrupts my file! Basically it calls as before but when I click Save in Gigapixel, it takes no notice of my preferences for file naming (I think it is trying to update without a file name change) - I get no pre-screen to confirm what my file settings are when clicking save, which happened previously. It processes, but doesn’t save a file or at least corrupts the original making it unreadable. Fortunately LR creates a tmp file so I have a version of the original. On top of that, it remains in memory, holding that file open … all the things you claim this version ‘corrected’ even though there was no problem for me beforehand.
So as I say, this release does the complete opposite of what it is supposed to do!!!
How do I revert back to V5.00 ?
I’m using Windows 10 and LR CC.

Testing for Gigapixel AI 5.0.1b

The first time I downloaded it took 1 min 40 sec. It paused for 20 seconds before resuming. The second time I downloaded it took 1 min 20 sec. To install took 40 seconds but after I hit the finished button, it refused to open. I was looking at a blank window and at the top text that read Topaz Gigapixel AI (not Responding). After waiting 4 minutes I closed the window. I then typed the whole name Topaz Gigapixel AI 5.0.1 into my search box, clicked the icon, and it booted up just fine, and worked properly from then on.
Fixes:

Now, if you have three images in the software and add any number of additional ones, you will not be allowed to add any more until you reduce the number in the software to three or less.

OK, Yeah, I realize it’s not that terribly important, but don’t you find it rather amusing? Maybe it’s just me.

Update: I retested the software this morning with the second download I did yesterday and the software is working normally. I can add or remove as many as I want.

I did two downloads as I mentioned above, and I’m quite sure I did the tests from the first one that had a long pause in the middle before resuming. It also didn’t open the program correctly and instead showed a blank window. The tests this morning were from the second download which downloaded quickly and opened perfectly. Just a glitch I guess.

OK, Yeah, I realize it’s not that terribly important, but don’t you find it rather amusing?

Terry you must be using the Gigglepixel version.

Very good Artisan-West, I must have clicked the wrong link, but — glad I did.

Thanks for the in-depth testing! It’s much appreciated.

Do you mind uploading this image here? I’d like to take a look at this further.

Testing for Gigapixel AI 5.0.1b

I can no longer do that - the 32000 limit is now correctly applied no matter which way I try to exceed it. Previously there were a few ways to get round it.

Now, if you have three images in the software and add any number of additional ones, you will not be allowed to add any more until you reduce the number in the software to three or less.

I don’t find that - I can start with as many/few as I like and then subsequently add as many/few more as often as I like.

Integration in Lightroom Classic did not work

complete
It seems all ok, Edit in Gigapixel, make adjustment and just save the the TIF file. But Gigapixel didn’t save a correct TIF file and there is only a 1 KByte TIF file in the folder.

With Lightroom Export as JPG it work.
Will try to examine if the color space is the problem. JPG only can sRGB and normally I use proPhoto for TIF. Currently I cant check because:

PS: Found the running task in task manager and retested TIF with sRGB, but I still doesn’t work.
PPS: Tried export with 8 Bit/pixel and now the saved file is ok, but it is the unscaled one

so no upscaling just converting.

Hi, seems to be an issue with LR … EXIF doesn’t seem to be updated and the written size was just 8 Bytes. 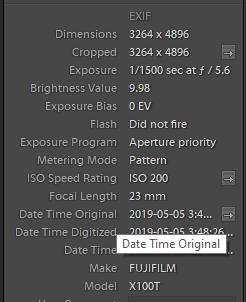 And then the actual 8 byte data file: 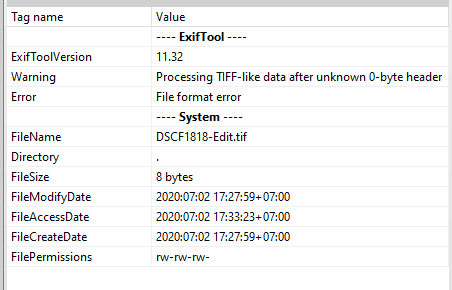 Hi, Capture one … this is the process panel: 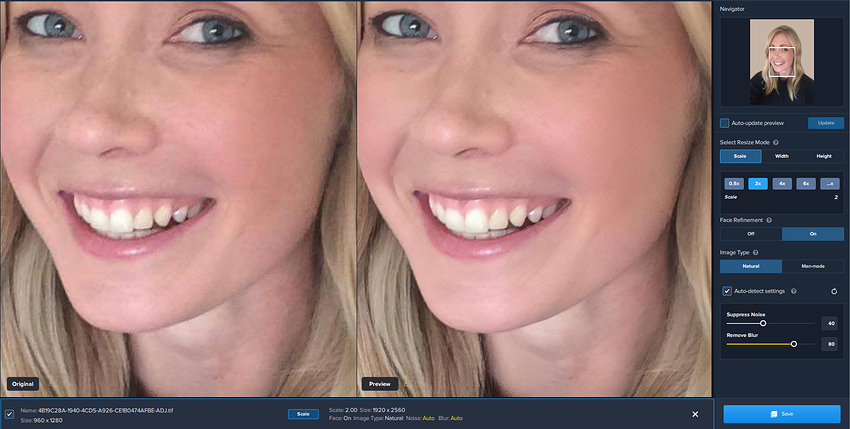 Result on return to Capture One: 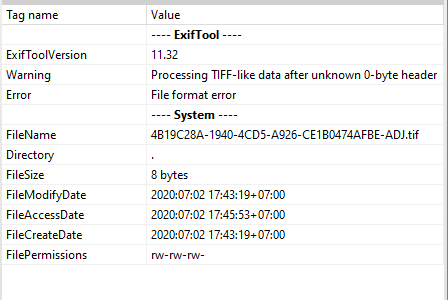 Hi Paul, It feels a little like the twilight zone. I did further tests this morning, and I am now also getting the same results as you are. Yesterday I did have two different downloads and It is possible that the one I used for the first testing which did take a long time to download and install, and didn’t work perfectly. I did cancel one of the two downloads and perhaps the one I’m useing now which downloaded perfectly, and quickly, is somehow different.

Anyway, as you say, it is working perfectly.

Hey, I really love the new AI model improvements. They do much much better with things like lips and eyes and nostrils, giving more natural contours. FANTASTIC upgrade (5.x)!

Wow that’s great! Dumping in 1000 images and batch processing overnight will not be a sluggish UI pain anymore! (Edit: Yeah I can confirm, the UI is super fast now when loading big folders!)

I have a question about the JPG quality fix. Now, quality 8, 9, 10 are all different, so that’s great. But Quality 8 generated a ~600kb image (blurry hair and similar fine detail blurring when zoomed in), 9 generated a 1.69mb image whose high-zoomed noise/hair strands were barely sharper (due to JPG compression), and 10 generated a 1.70mb image which was super sharp.

It just means that now, quality 10 is the only acceptable one. I expected quality 9 to be between 8 and 10, but it ended up with almost the same quality as 8 but almost the full filesize of quality 10.

Can you confirm that the slider now properly tells the JPEG compression library to use quality 80, 90 and 100?

Perhaps a “JPEG Quality 95” setting is needed? In most other programs where I save JPEGs it’s a 0-100 quality slider and 95 is usually the sweetspot which saves a little bit of filesize while looking pretty much as good as 100.