I just updated to V4.8.1 and it does not open my jpeg/jpg files. Please help.

What happens when you try to open them?

It won’t open jpg or png files from my iphone. Gives a file format not supported popup. Opens other jpeg files.

It just says not supported and pop a list of support files - which jpeg is (of course) supported. I roll back to v4.7 version.

Thanks for getting back to me. Can you give me an example filename you tried it with? EG picture.jpeg

Application sometimes crashes after closing images and adding new ones when Face Refinement is turned on.

I would term this as "Application always crashes after closing images and adding new ones when Face Refinement is turned on.

My screen shot of the file (jpg) just seems to send over post as it says “pic can’t send over post”. I tried updating, restarting etc. and gave up. Back to v4.7.1 where all seems to work well with my pic files.

I wait for next update or till u advice me what to do. Thanks.

He asked for the file name, not the file itself. I assume he’s trying to determine if there is a naming problem.

I want to be able to completely turn off Supress Noise and Remove Blur like the older versions. How come I can’t set them to zero anymore? They cause bad color shifting on some low quality jpeg images, which didn’t happen with them turned off in previous versions.

jpeg & jpg are fine on windows @taylor.bishop … but seems to be an issue with previews from Samsung Motion Panorama JPGs

Save after Calibration gives this crash error:

Calibration selects OpenVINO as the optimal processing method but the processing time for a .jpeg image 2400x1600 2x is as follows: 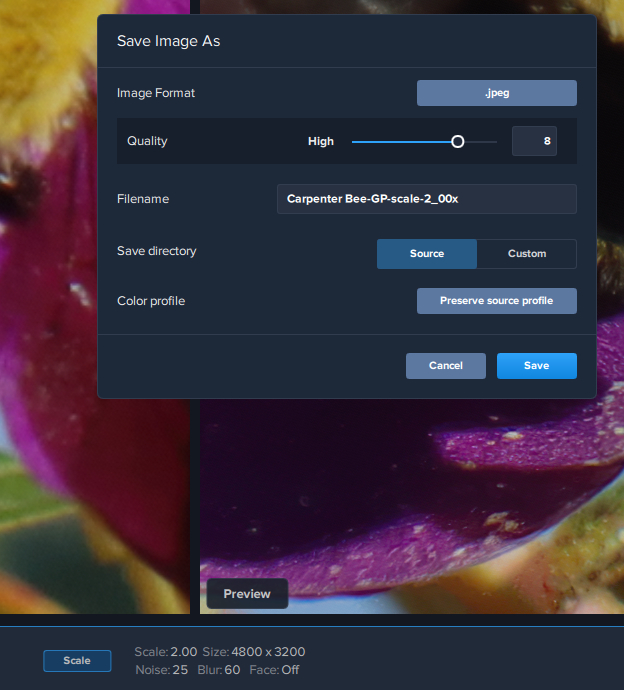 Yes you are correct, on windows you get a message that it is an unsupported file type if there is a upper case extension … which, in the case of RAW images they are always upper-case so they wont open. 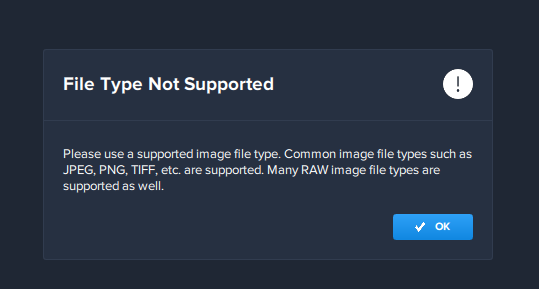 @taylor.bishop this looks like it is a problem, but it is an issue on windows also.

Currently pushing out a hotfix for this. Thanks for the response!

Should be fixed now. Sorry for the frustration!

Do you mind PM’ing me your system specs? We’re currently investigating this and the issue seems to happen more frequently on certain machines.

Thanks for the detailed report Don! Will definitely start looking into this.

Custom scale (above 6x) still much worse than 6x. Is like 2x with conventional upscaling.

Edit: 4.8.2 released 2 hours ago and no changelog or mention in this forum…

Maybe half of unsigned (or full signed) 16-bit integer max value (32767, including 0, or 32768, starting from 1) is the max for “civilian” GPUs? Cause they mentioned something about 32k pixel count limit in one of the later changelogs. Otherwise Topaz would have to switch to single or double precision calculations, which would, on vast majority of GPUs, cripple the performance significantly? And that’s why, among other things, one can’t go with more than 6x magnification?
It’s just a speculation though. Cause when I select 7.3 magnification for example, I still get pretty nice JPEG artifacts cleanup. Which brings the question - maybe a little option for just that - cleaning up JPEG artifacts? Gigapixel EXCELS in that field. 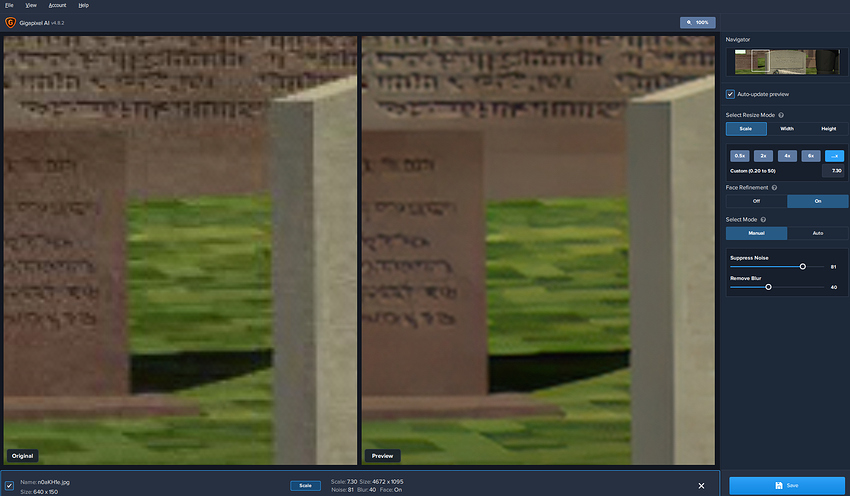 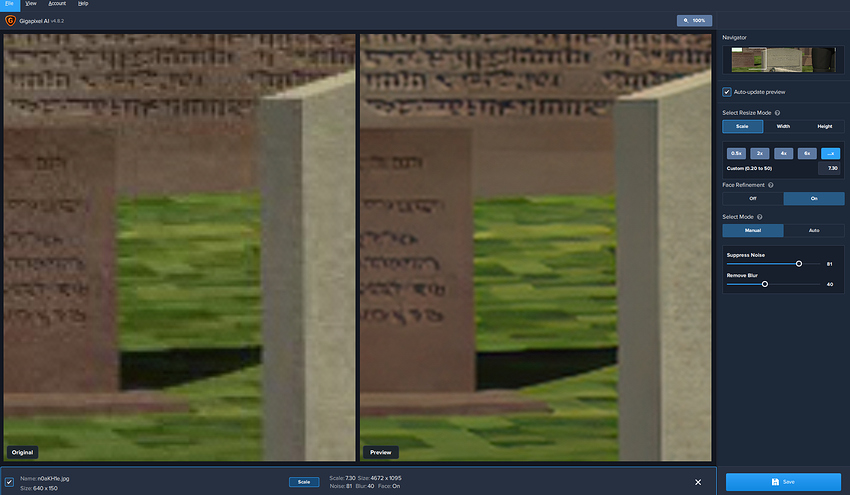 I let myself use info1845’s example image from Video Enhance AI’s section for that.

Have just installed 4.8.2. I’m afraid we’re back to a situation where fixing one bit unfixes another, like we had in some of the earlier versions.

What is the issue Paul?