Which lens would be better for traveling photography

I am starting traveling photography because of my interest. I do shoot but indoor. Now, I am actually going to Murree winter packages from Karachi, therefore I have this opportunity to turn my dream of photography to real. I am a little confused between camera lenses, which to use? There are wide ranges of wonderful expensive lenses but I don’t want to buy an expensive one. It is hard to find a low-cost camera lens which provides everything and also is lightweight. I know an expensive lens is a worthy investment. I have also read that Micro Four Thirds camera are the popular choice for the photographers, they are portable and lightweight, great image quality also offers everything including mutual control. Which camera lens would be better for a beginner?

Depends on the camera. I have a Sony and I always take my 55 to 210 kit lens. It is cheep so if I lose it or break it, no huge deal. The longer lens makes “people” pictures more flattering “thinner” than a wider lens; however, you will need light, the more the better, and you will not get a good picture of any wide vistas or large subjects, so… I also take the 16 to 50 kit because it is so small and also cheep, it is almost a free-be due to it not taking up hardly any room in my very small travel camera bag. Although they are both kit lenses, the quality is plenty good for my uses. If I had room in my bag (which I do not) I would take my fastest prime f1.8 50mm, also cheep (inexpensive) but amazing in low light. All three of these are cheep, native to Sony, auto focus and image stabilized and with just two of them I cover 16 to 210 (omitting a tiny 51 to 54 window I will never miss.)

have also read that Micro Four Thirds camera are the popular choice for the photographers,

I don’t know where you got that Idea from. Must well take your phone as a camera.
If you looking for lens then a Zoom lens would be the choice but what pictures would you take is the other question. Do you need a wide angle or more closeup or macro. Is hard to tell if you don’t say what you want to use for.
I have Sony and my lens for every day is 24-240 And is not cheap ($1000.00) but if you want a good pictures you need spend money but keep away from small size sensors. The lowest I will go would be APS-C sensor camera…
And cheaper lens you might not be happy with and that could be like putting money in garbage.

Theese lens are very versatile, and would be a good place to start until you want to have more specialized lenses, like the ones @RJRREID recommended. I use the 28-300 when I travel and do not want to change lenses.

I have also read that Micro Four Thirds camera are the popular choice for the photographers,

You are right MIcro Four Thirds cameras are a popular choice for Travel Photographers and V-Loggers because of their light weight and non-obtrusive size. And as for quality the Lumix G9 was rated the 6th best mirrorless camera for this year.

The advantage of mirrorless cameras is certainly in their form factor being so small and lightweight. For micro four thirds, which are a little smaller than Canon and Sony mirrorless, there are many choices the most notable being Panasonic (Lumix) and Olympus.

The other advantage with micro 4/3 is that lenses from different manufacturers can be used on all cameras. They also have prime and zoom lenses lighter than the others.

Which camera lens would be better for a beginner?

Yes, micro 4/3 cameras are relatively lightweight. But when researching & comparing brands also look at the weight (not just price) of their lenses (if overall camera weight is a concern to you). Sony lenses for mirrorless cameras, for example, tend to be heavier than other brands’.

Think about what kind of photography you most want to do while traveling. If landscapes, then a wide (like 10-12mm) prime (fixed focal length, not zoom) would be useful. If mostly close in street photography then a 50mm prime lens (35mm equivalent) would work well (be sure you know the conversion factor for your brand - if it is 2x then get a 25mm prime lens). If you want an all around virtually any situation lens then a wide to long zoom will let you cover the bases without having to change lenses (but you will sacrifice some sharpness & speed - that is needed in low light - with that option. Also be aware that at the longest extension of a long zoom you will get more jitter (shake); so be sure the camera or lens has excellent stabilization). In any case get an excellent quality lens if you’re going to do serious photography (vs snapshots). Check out dpReview for gear reviews. Gd luck!

I’ve been traveling for about 5 years, and for the last 3 years traveled with the Canon EOS-M line of cameras. (65 countries, 140 cities, etc etc)

The EOS-M are extremely light-weight (optimizing the amount you carry from city to city by plane is really important).

First was the Canon M3 with an 15-45mm. The auto-focus on the M3 was horrendous.

But my night-shots/videos were REALLY heavy in noise, so I eventually bought a 22mm F2 lens for the M6.

The Canon M50 is probably the best travel camera right now (light weight), with (either the new 32mm F1.4 or the 22mm F2.0) + the 18-150mm lens for longer shots. It also has a rotating flip-out screen (which is awesome for selfie-videos/shots)

I’m personally waiting for the next model (which is coming out around Feb/March), which could be the M60.

Basically, the canon EOS-M line is light-weight for traveling. If you intend to fly around a lot, a larger camera is just WAAAAYYY too bulky and will cut into your weight limit.

But don’t get me wrong, I would love to have a Sony A9 or whatever… but too heavy (and it doesn’t have a rotating flip-out screen).

I must say I love the M50, although RAW processing is limited to DPP, Adobe and C1, I also have the 22mm f/2 and the 18-150mm and obviously the kit lens. It is an amazing camera for the money as it also has the latest Digic 8 processors so it it fast, and auto-focus is fast because of both the Dual Pixel AF system and Contrast focus. In fact many reviews concede it has the best auto-focus in mirrorless cameras.

Yea, the F1.4 “looked” enticing, but Canon is working on a speed booster, so soon (maybe in 4-8 months) you will be able to mount any canon EF lens, without losing so many F-stops due to the APC crop.

Finally, the next Canon EOS-M camera will have sony’s back-illuminated sensor (BSI) tech, for EVEN BETTER low light performance (I hope

I’ve been shooting a Nikon D5300 the past year or so, and for the most part, I think it’s for the beginner. But I’ve collected a few rather good vintage Nikon lenses (including the legendary 105 f/2.5) and I really enjoy shooting with them. They mount to and work just fine with the D5300, but with no metering, and the only focusing aid I get is a little dot through the viewfinder indicating that I’ve hit it (which is rather useful). Throw in the small viewfinder, single dial, no metering, and it’s clear that it’s not really doing the job. Moving up to the D7200 or something similar is tempting, but adds bulk.

My wife would like something lighter to carry around anyway and a few Photography sites which she loves to use while traveling,

People get way too complicated in photography. All my pictures have been taken with one of two zoom lenses on my Sony camera which are a 18 to 250mm Sony zoom and a 10 to 24mm Tamron. Not long enough for bird photos except ground shots but covers everything else. If you want light weight and versatility go for a super zoom. You can get reviews at DPreview.com and here is one for a Sony camera. It is not cheap but you can check on other cameras at this sight as well. https://www.dpreview.com/reviews/sony-cyber-shot-dsc-rx100-vi-m6

My wife would like something lighter to carry around

I used to carry larger DSLR + lenses and used a smaller Sony as a backup. Last year I hurt my arm a week before we were traveling to the Panama Canal and Costa Rica and it was impossible to take my regular gear and was forced to take lighter cameras.

After seeing what I was able to accomplish with the smaller cameras, I sold all my Nikon gear and now use the Panasonic LUMIX DC-ZS200 with the DC ZS 70 and my cell phone as a backups. They all fit in my tummy-pack, I don’t have to worry about taking them on the planes and my neck doesn’t hurt anymore at the end of the day. They shoot raw, the ZS200 has a 1" sensor, a crazy-good zoom and IMHO takes great photos.

I read an article once that asked the professional photographer what the best camera was, and the answer was “the one you have with you!” I take these little guys everywhere

have also read that Micro Four Thirds camera are the popular choice for the photographers,

I don’t know where you got that Idea from. Must well take your phone as a camera. 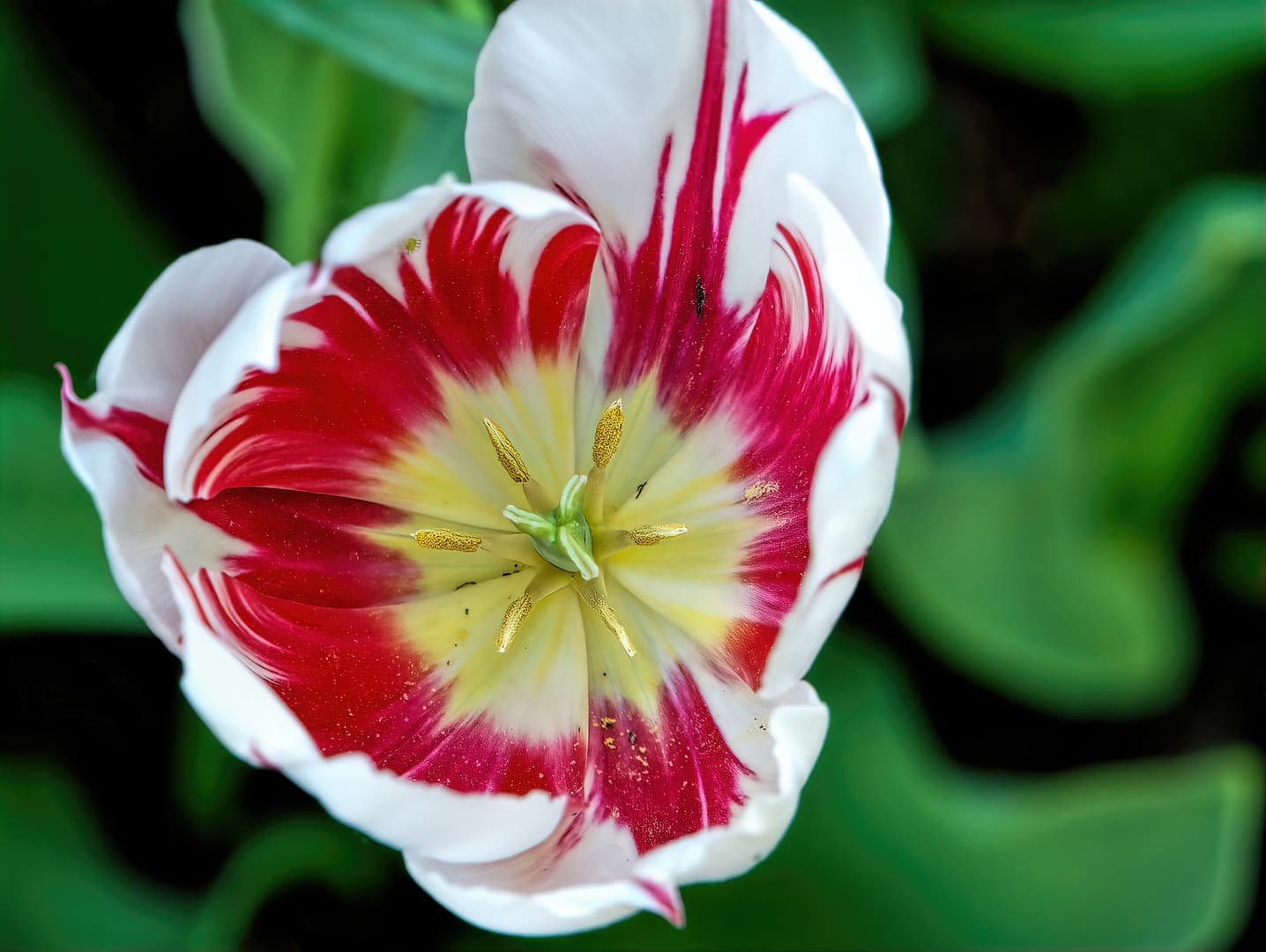 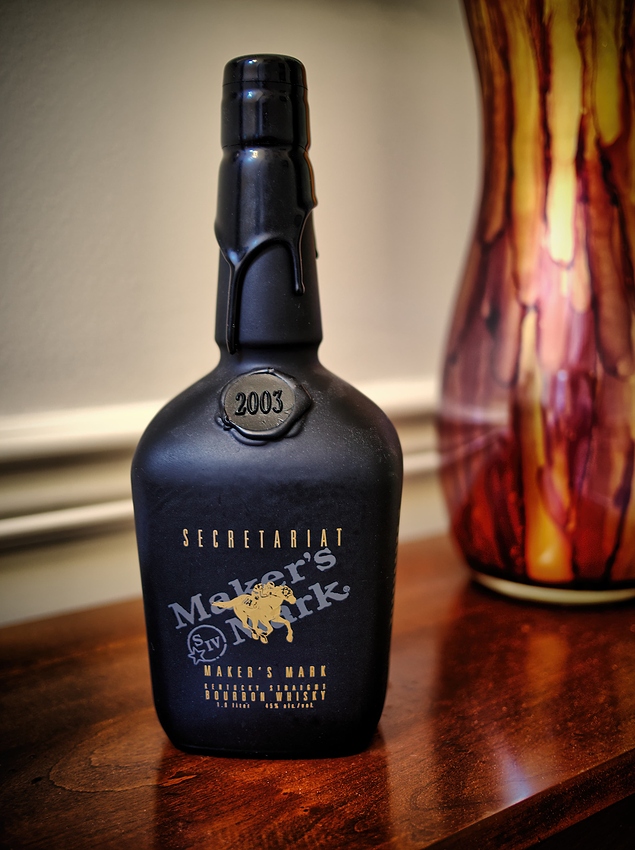 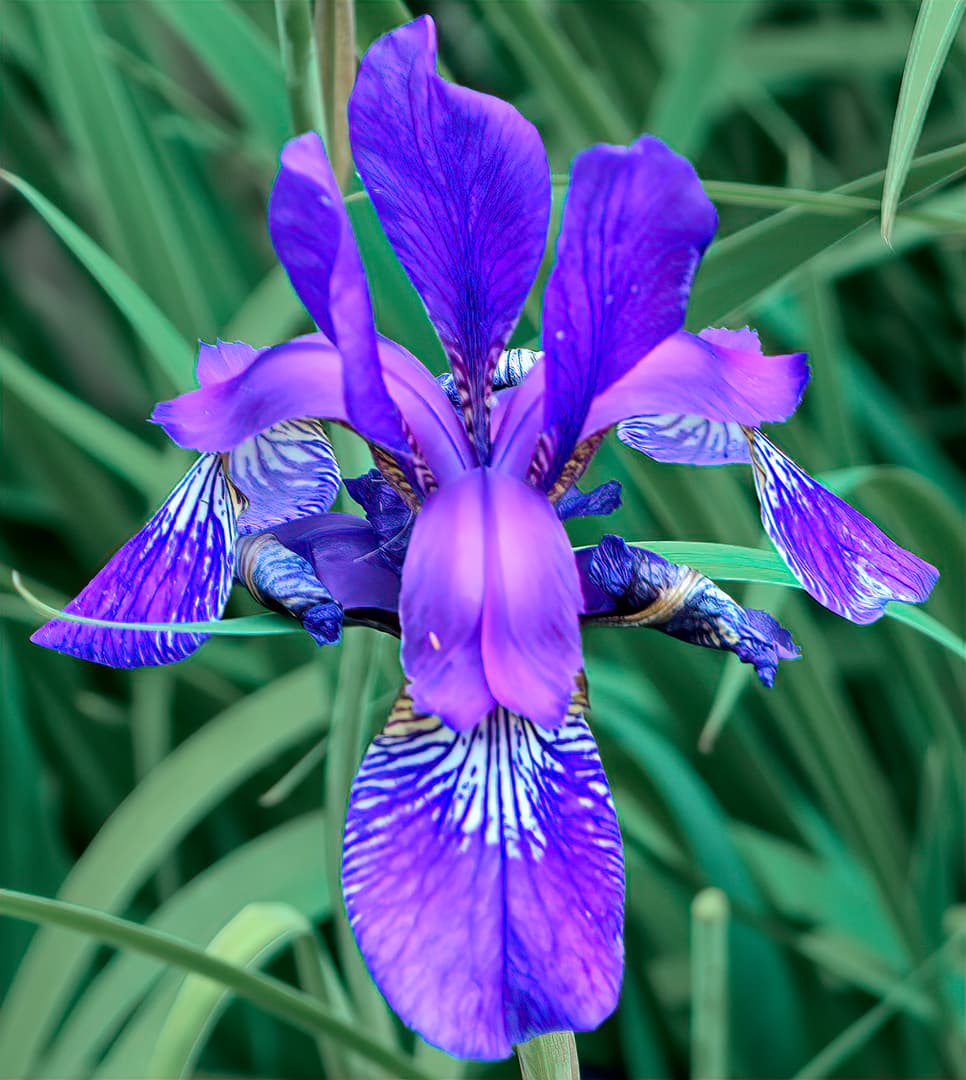 Great I’m happy for you.
Enjoy. 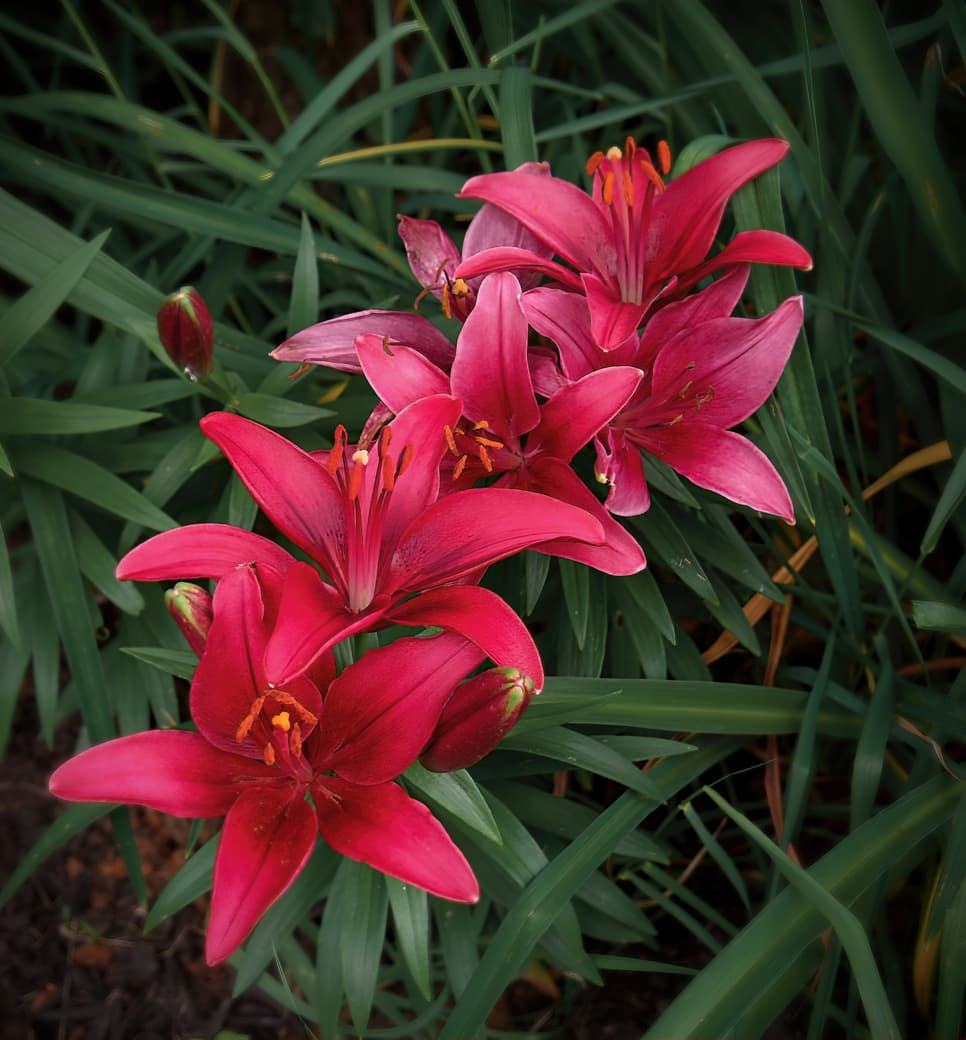 We not talking here about how you take pictures but with what you take a pictures.
If you happy with your equipment that’s good. I’m happy with mine.

We not talking here about how you take pictures but with what you take a pictures.

Actually we’re talking about a good lens for travel photography - not which camera takes the best images. Despite your assertion otherwise, micro four thirds cameras are quite popular, even if you don’t like them.

Just leave it.
Phone cameras are very popular too. So what, that does not mean that I should like them and use them.
So just leave it. Like I said before, if you like it Enjoy it.
I have nothing against the camera you use but I do disagree that is used by Pro Photographers and is the best choice.

This should be closed already.

that does not mean that I should like them and use them.

Nobody said you should.

I do disagree that is used by Pro Photographers and is the best choice.

Nobody said anything remotely like that - and yes, it should have been closed after your first troll post.