Hey devs! “Setting as default” doesn’t work in this build for the “AI Models” part of the settings. It always resets to Theia Fidelity 30/50/10. Thanks for your efforts!!

Having the same problem, yep. This is a big friction point :-/

Same observation. Setting as default doesn’t remember settings like it used to. Since 1.4.2 I’ve had to set output to mp4 for every clip added, causing a lot of extra mousing and clicking. Workaround has been to add only one clip, set output format to mp4, save settings as default, then add the rest. Not remembered if I close and reopen the application.

Can we get more detail when there’s an AI model/core update? Don’t have to be a trade secret level description just give us an idea. We might be able to also give Topaz good feedback as we use the various AI models with different content if we had more of an idea on what model does what.

Matt : “Hey we changed this in the last beta. This is as intended. We can’t easily store this information anymore because we are preparing for the rollout of many new models each with different parameters. We may add it back in the future but it is unfortunately it was too much to do for this release”

Hey if you check one of the other releases I posted in detail on this, but the gist it we didn’t change anything specific the model simply had more time to train and based on objective measures is now better at up scaling images. Sometimes we try to steer it away from particular things, but in this case it is just the benefit of a few more weeks of training.

Update on this: We have added it to the list of things for the next release. No guarantees it will make it in, but it is a priority.

Thanks, that’s actually the exact type of answer I was looking for.

One thing that might work better is if we could save/load “workflow profiles” (scale, AI model, AI model parameters, default output format/location ).

(I actually have a similar thing in the script I’ve built that takes all the PNG files and turns it into an HEVC coded file using FFMPEG, each project has a simple config file that tells the script the image format, where it needs to go, what the filename should be etc.).

BTW I’m glad to see more tune-able AI models are in the works; the THEIA models are quickly becoming my favorites (my prior favorite was GAIA-CG which just seem to have the best overall results.)

I think I already answered you about this question (or maybe it was someone else, then, sorry), i had the same issue than you, the 1.3.8 and 1.4.2, from what matt told me had a bug on certain system/config, the speed was divided by 2x. since 1.5.0, the issue is fixed, i’m getting (at least for me) normal rendering speed like before.

Getting an error downloading from the Windows link in the OP.

Should be fixed now. Give it 5 minutes and if it still doesn’t work let us know!

I’m having a conundrum.

I’m still not over the “Artemis-MQ” mode from version 1.2.0. Let me explain why.

Video Enhance AI 1.2.0 was online at the Topaz Website only briefly. It was removed after something like a day or two because (if I recall correctly) it had too many compatibility problems with different video cards.

When version 1.2.1 came out, not only was Artemis-MQ removed, but the other two Artemis modes changed quite a bit. They didn’t produce the same results as the models from 1.2.0. I felt they were worse actually!

A lot of people say that Gaia-HQ is the best mode. I experimented with this mode again starting at version 1.3.8 and found that it was indeed better at some things… but it was not altogether better.

Gaia-HQ is very good with faces and hair. It can also bring more “imagined” detail out of certain objects and textures. But it does not do as well with overall focus, background objects, and textures in a scene. For that, “Artemis-MQ” gives the best results so far in my testing.

It would be REALLY nice, to see the Gaia-HQ mode improved… maybe “combined” with Artemis-MQ, so that it can do more unblurring than it currently does.

(Frankly I’m kind of not liking hearing that more models are going to be added… that seems like it’s just going to make users have to spend even more time experimenting with different settings. I feel like I want the program to be more like Gigapixel, where you just press the “enhance!” button and it gives the best result it can!)

So, I found some good examples of frames where some parts have superior results with Gaia-HQ, and some parts of the same frame look better with Artemis-MQ. 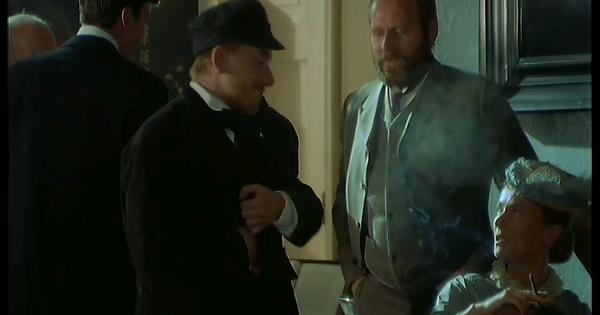 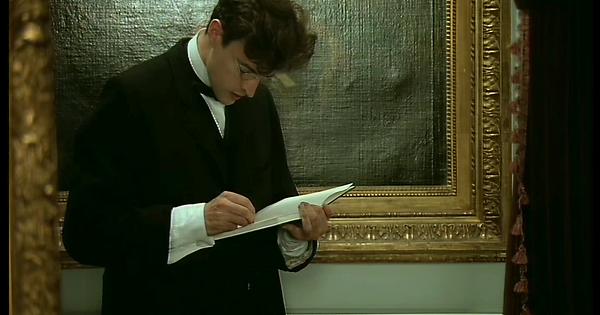 When doing final processing on the results, putting them on a DLNA server and watching them on a 65 inch higher end television, I feel like Artemis-MQ is the preferred result, because while it doesn’t have the extra “imagined” detail of Gaia-HQ, the overall focus of everything is better and sharper, so it gives more of an “HD” impression.

Again, I feel what I really want is some kind of combination of Gaia-HQ and Artemis-MQ. (Artemis-MQ almost kind of reminds me of the “focus” mode of Topaz Sharpen AI in fact.)

Why is a commercial product like Video Enhance AI not already utilizing either H.264/5?

Great feedback! Hopefully, Topaz will read it and consider it.