Video Enhance AI: getting rid of these glitchy-looking horizontal lines that appear with fast movement

It’s actually a part of the source video, which is ripped losslessly from the DVD: 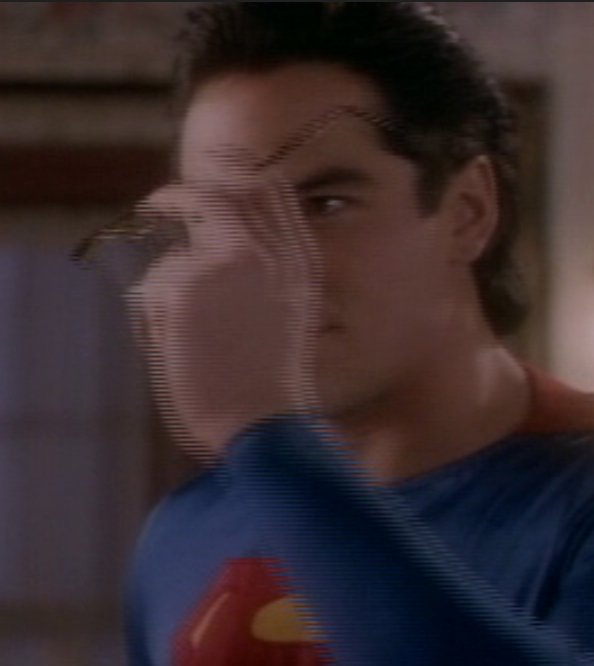 I guess they screwed up encoding it for the disc. It probably wasn’t so bad on old TVs.

I fell in love with the Theia model and and turning sharpen all the way to 100, but then I noticed it made this problem much worse. Sharpening an error makes a big, ugly error, obviously. Using Artemis LQ softens the problem a lot, but it doesn’t add nearly as much sharpening/detail.

I thought maybe I could run Artemis LQ to reduce the problem and then Theia to add detail without wrecking it too much, but running Theia after the video has already been processed by Artemis doesn’t seem to have any noticeable effect on anything.

What is this problem called? An artifact? A flicker? Is there anything else I can try, or is Artemis LQ as good as it’s going to get?

Could a basic deinterlacing be brought into Video Enhance AI? As it would be wonderfully useful for NTSC live action footage I am trying to use the product with.

I would like to see and learn how people pre process their video before VEIA. my strategies are various, sometimes something work, sometimes not. DEINTERLACE Deinterlace work well or worst for a tons of reasons, then i try different scene by scene. i start with deinterlace using two different ways : AfterEffects and old redgiant deinterlace plugins (not work on recent 2020cc i keep old 2017 after to run it) external free solution by vaporsinth, i use it under mac, i follow a great package …

I think it depends on how much effort you want to put into the pre VEAI. For me I do a simple deinterlace with the free version of HD Video Converter Factory from Wonderfox (https://www.videoconverterfactory.com/) and then import it into VEAI for enhancing.

With lower quality videos, I will do some sharpening and color correction in my Magix Vegas Pro editing software, then into wonderfox HD Video Converter and finally VEAI. The VEAI smooths out the grain from sharpening and leaves me with a nice final result.

At the moment the only model I use in VEAI is Artemis LQ because most of the videos I enhance are old vhs films.

Thank you. I ripped the video using DVDFab’s MKV passthrough because it said it was fast and lossless. It looks like that was the problem; it wasn’t doing any encoding. There are other formats available that have deinterlacing as an option, which I see now that I know what to look for.

I saw in Video Enhance AI that it says to use progressive video, but I had assumed that if the video was not progressive, it simply wouldn’t work and it would show an error message. Perhaps a warning message would be nice, if it’s possible for the software to detect this when loading a file. Or an explanation could be added to the “before you get started” webpage that loads when you start the software the first time.

I am having the same problems getting rid of those “interlace” lines on old vhs records / dvd copies
Deinterlacing an already progressive old video does not help a bit here. The ugly lines stay.

And even when i did not copy/deinterlace the dvd myself, when i found the files, they were deinterlaced already, media info tools say “progressive” … but they still have those lines … and especially when they are on the face of the actors, the video is unviewable. There must be some other kind of fixing those lines before upscaling.

I believe some deinterlacing software is better than others. Ideally you would have access to the original, interlaced video (or the disks themselves) and deinterlace it again with something better.

Lhkjacky links to some useful info upthread, especially regarding QTGMC with AviSynth. I’m not sure how to get that set up.

If you don’t have the originals and can’t deinterlace correctly, the motion-smoothing effect of Artemis reduces the lines somewhat.

MediaInfo is a good habit to get into. I realize it won’t help you now but it will with future video editing. It’s a great program in which you right-click any media and it will give you all the info you need before and during processing, including weather or not it’s interlaced.

Fantastic and valuable tool used through out the editing process.

Use Handbrake with Yadif/BOB deinterlacing then run it through VEAI.

Hoping Topaz will include a good de-interlacer in the future. Would save time/quality.