I would like to convert and upscale VHS tapes, that means de-interlacing has to happen first, so I need to use Dione.

However, Dione can’t handle a pattern which occurs on some VHS tapes, and it is very prevalent in red-orange-colored tones, here is an example image: 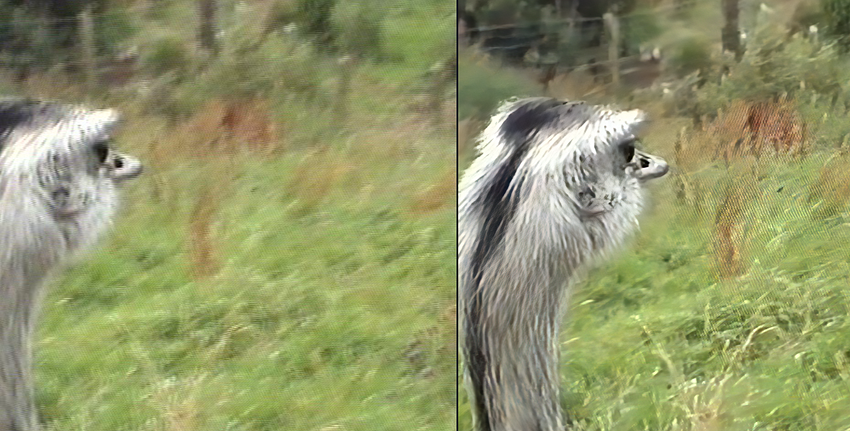 This pattern looks like “sand dunes”, wavy lines which flow from the top left to the bottom right of the image.

I tried to get rid of those patterns with other AI modules, but they are rather getting strengthened and enhanced than being removed. So the next best guess is to ask here for an updated Dione module which could handle and remove this pattern. Is this possible?

I find the best results from old footage is to deinterlace/decomb with handbrake first, then use VEAI to do whatever it is you need to do.

No, Handbrake can’t fix this pattern either. It stems from the VHS signal or the capture card, but it seems impossible to properly remove it.

The beginning of the capture starts with an empty blue screen from the VHS recorder, maybe it is possible to capture this as a “dark noise pattern” as it is used in astrophotography, in order to calculate it out?