Upscaling Def Leppards In the Round 1988 DVD

Having been inspired by Star Trek Deep Space Nine Upscale Deep Space Nine Upscale I decided I would have a stab at upscaling my Def Leppard In the round in your face DVD which is NTSC 4x3 and not only Upscale but color grade and do i wide 16x9 aspect ratio using a program for stretching the sides like the TV’s used to do in the 90’s this would leave the middle intact but stretch the side.
Superview

I would than mix the stretched version with scenes cut from the 4x3 in 16x9 all in 4k, I used filmora 11 for this.

As most of the view of the concert is centered there wasn’t too many scenes that needed swapping to the cut 16x9 version.
Also as you can see from the compare 4x3 shots the DVD had a kind of bronze yellow tint throughout the show , this might have been the intention back in 1988 but it wont do for 2022 .

I first loaded with DGINDEX and than staxrip with qtgmc with these settings.

Some compare shots below 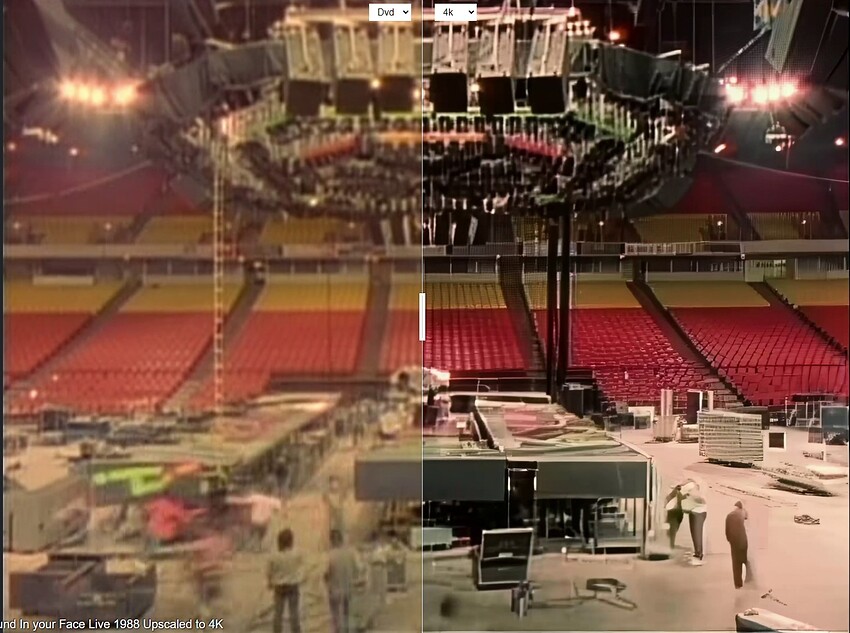 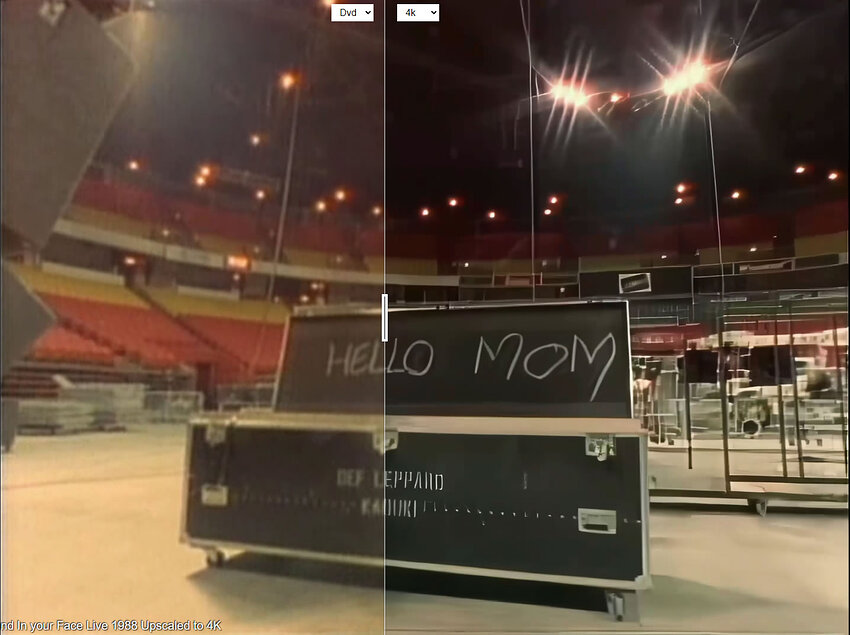 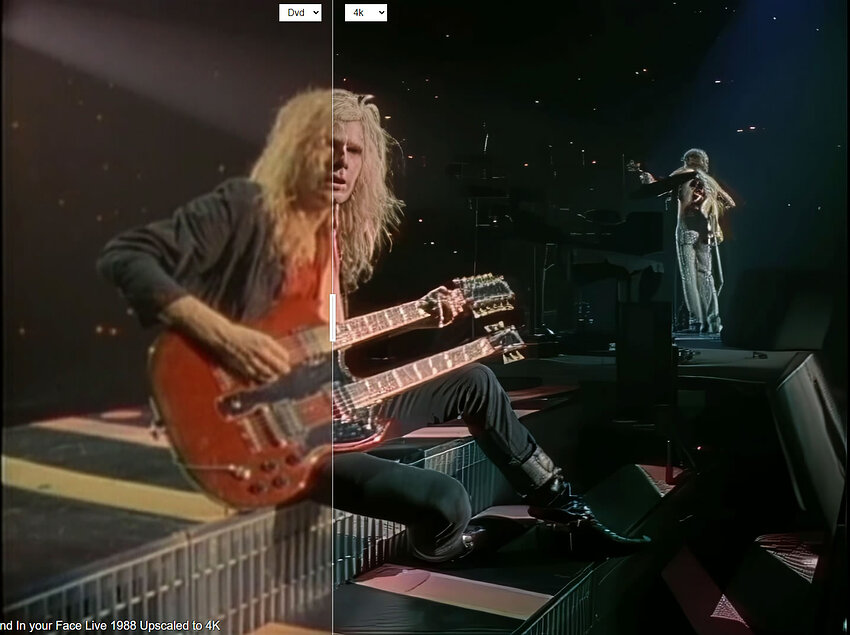 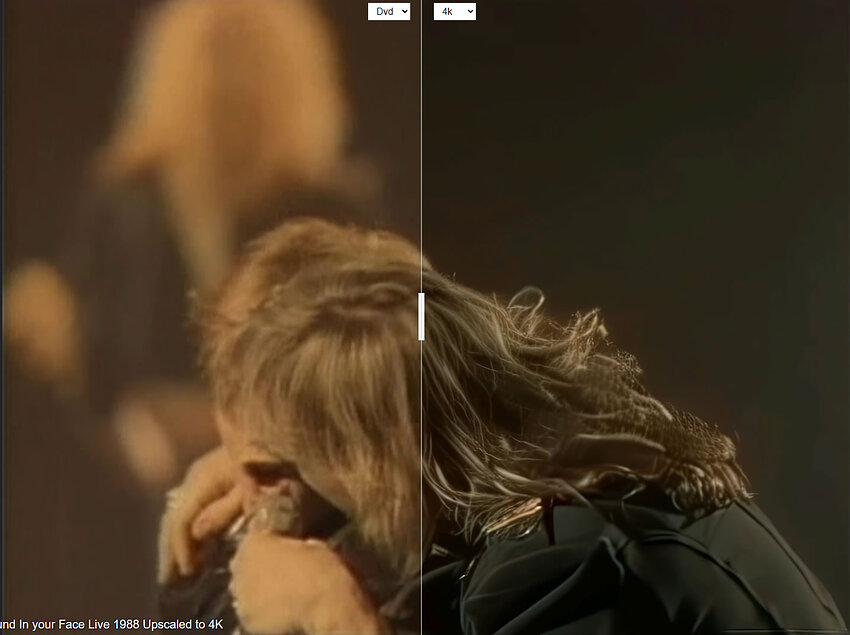 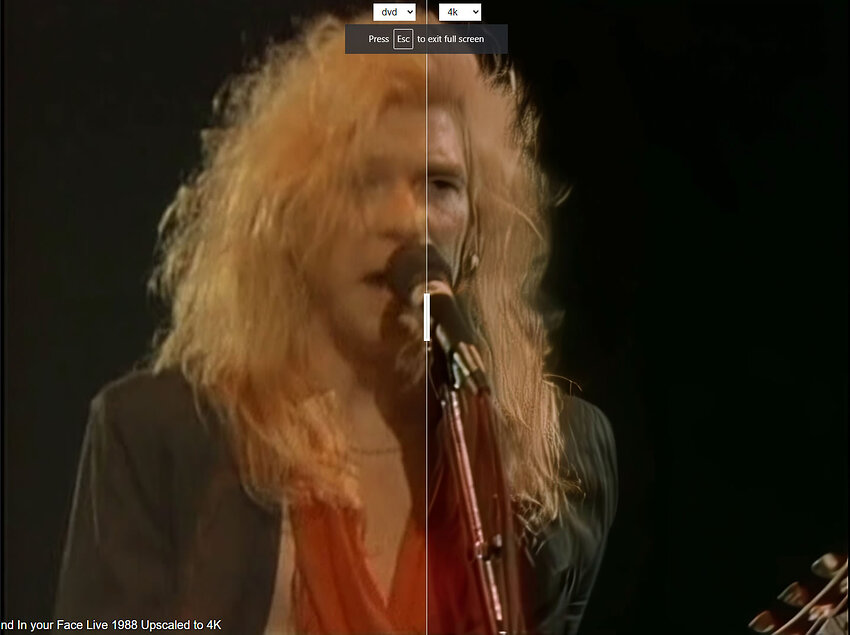 View these on imgsli and compare

I presume you noticed the distortions in some instances?

I guess it’s how much time im willing to sit there editing a 95minuite concert, plus you gotta consider the merging between the stretched and the cut wide-screen of the 4x3 version which would look zoomed in and it’s 60fps.

I think it’s works better in this concert as most of the attention is focused in the middle of the frame and probably would look distorted if it was a movie etc.

There’s a YouTube video I did to demonstrate the different comparisons of the original,4k and wide-screen where I cut in and out at different points .