v1.12 still shows no improvement in the basic RAW conversions as you can see from this basic conversion, i.e. no adjustments applied, between Topaz Studio and Affinity Photo … @ATharp maybe this can be passed on to the responsible programmer … 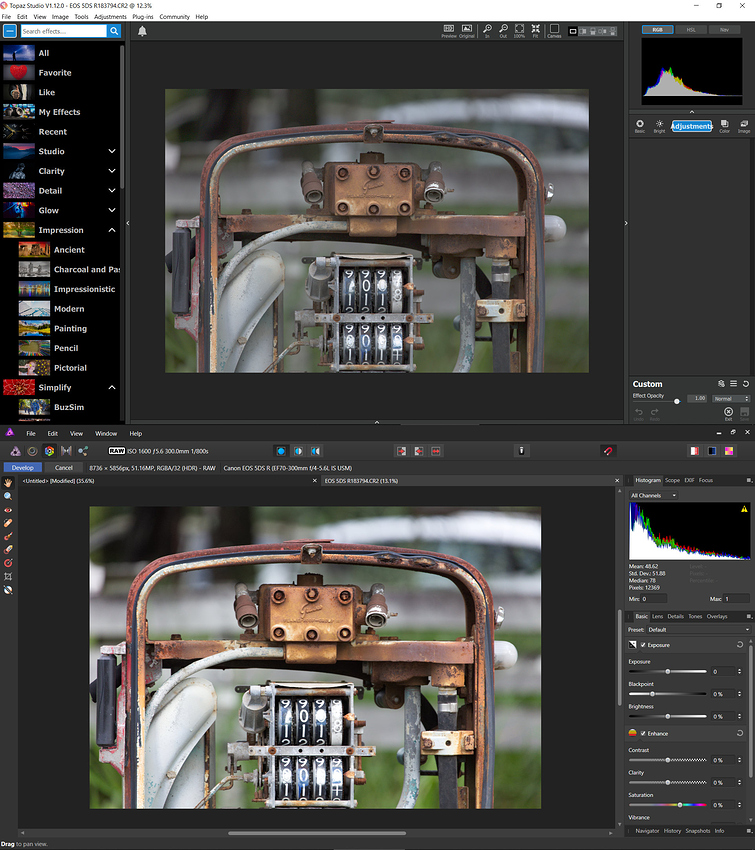 And again I say, VERY true. I cannot start in TS because of this. I only work in RAW.

Affinity Photo is applying a tone curve to the raw file in the develop module. I believe Windows file Explorer does the same since raw files look so dull normally. I suspect Studio is not doing this but most of the time the pictures need adjustment somewhere. I made a preset to adjust my raw files in Studio which works pretty well. It uses Basic adjust, AI Clear, Precision Detail, Precision Contrast. Now my workflow is normally from Affinity Photo develop > Topaz Studio > Affinity. this just gives more options if needed but I use the processing in Studio for noise reduction and overall photo look.

If you check the Assistant in Affinity you will see what the tone curve does (I normally leave it on). 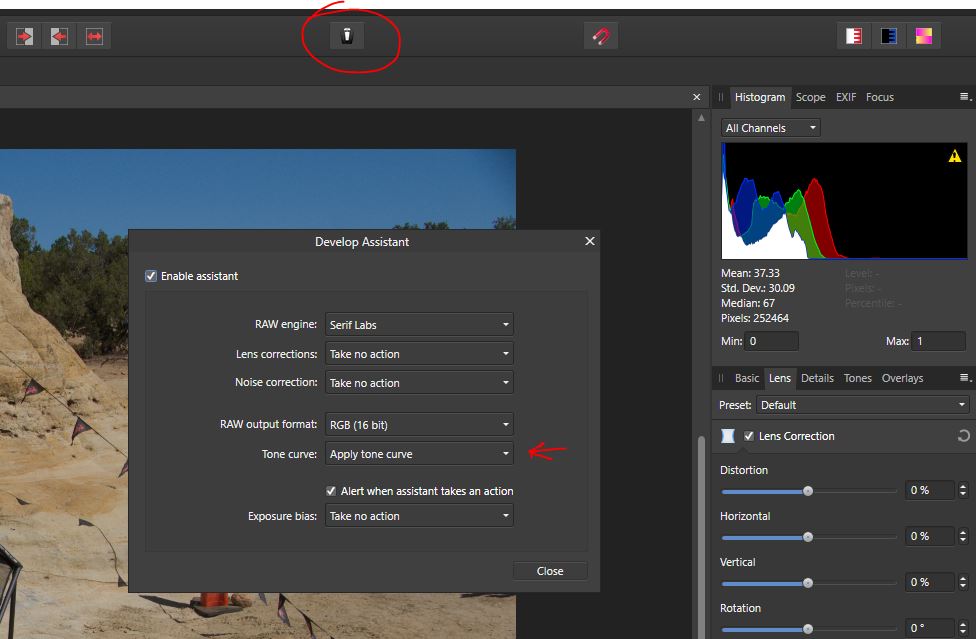 I made a preset to adjust my raw files in Studio which works pretty well. It uses Basic adjust, AI Clear, Precision Detail, Precision Contrast.

Windows file Explorer does the same since raw files look so dull normally.

It reads the embedded preview, doesn’t process the RAW.

It reads the embedded preview, doesn’t process the RAW.

Don, you are misreading my statements. I’m talking about apply a tone curve to the preview, not developing. In Affinity, it applies a tone curve and if you don’t change it then it will be included in the develop (which is ok). Simple developing in Affinity Photo or Photoshop and then going to Topaz Studio (as I stated) is my normal workflow. However, going directly into Studio with a raw file seems to work well if the adjustments are properly applied. The problem with that is you have to save the file from Studio and re-open in a photo program if you want to do anything else.

You will notice in your picture at the top that you have not developed the file yet in Affinity so this is a preview. Looking at a picture with a tone curve applied (Affinity) and one in Studio where there is none is not a good comparison of raw development.

In Affinity, it applies a tone curve and if you don’t change it then it will be included in the develop (which is ok).

This has absolutely nothing to do with what I am saying in this thread. Now if you believe that the starting point (tone curve) that Studio applies to a interpretation of the RAW sensor data is acceptable then that is your opinion and, because I don’t want to apply a multitude of adjustments to get to an acceptable starting point as you claim to do.

I don’t believe it is acceptable as there is too much to do to make it reasonable.

And just so you are aware ALL applications that convert RAW data into a image apply a tone curve of some type. For example it may be called a ‘Camera Profile’, ‘Picture Style’ or indeed, in the case of Affinity Photo a ‘Tone Curve’ that is applied to a 32bit linear RAW conversion before it is ‘Developed’ to a 16bit image.

So the argument you are putting up is about nothing and you should simply state that you find the image you see that Topaz Studio produces to represent a conversion of a RAW image is acceptable to you even though you have to have a preset to get it to an acceptable state.

This particular example that I gave was because I had Affinity Photo open at that time … I could easily have used Lightroom, Photoshop, ON1 Photo RAW or Capture One … and just so you understand a Linear vs Default conversion here is a comparison of the two styles in Capture One, Linear Response Curve on the top and Film Standard Curve on the bottom … 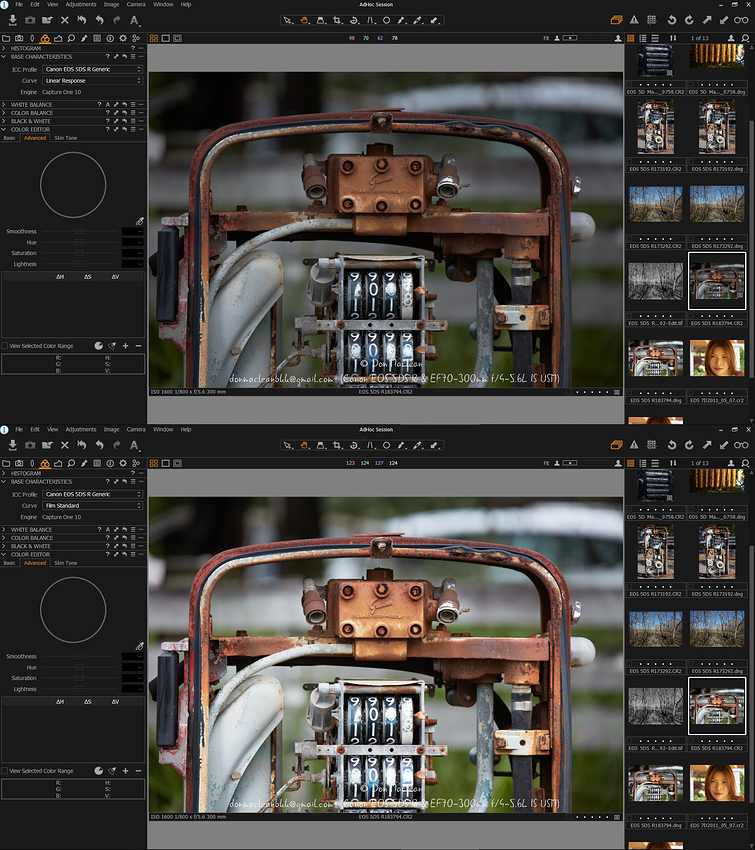 So, in Summary … all RAW converters apply a default Tone Curve and I don’t find the Studio default acceptable.