I tried several times to submit a ticket for two issues with Topaz Studio v1.5.2: one for Simplify in Studio and one for the Topaz Simplify plugin in Photoshop. The issues encountered included: 1) an issue with “trying to upload too many images”, all of which are included here, 2) having to prove “I’m not a Robot” several times after decreasing the number of files to upload because the “Current Standalone Version” drop-down was reset by the form after proving I wasn’t a robot, and 3) unable to select and submit a current standalone version after first proving I’m not a robot.

[Added after the original post]
As an aside, while I was able to re-open a closed ticket by replying to the closed ticket, the list of “ticket selections” in the drop-down list was blank, and there appears to be no way to create a new ticket despite being logged in to ticket system.
[End add]

The plugin crashes when I attempt to check for updates. The following screen grabs show my current version and the error message. 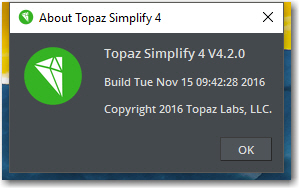 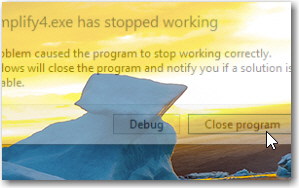 The Simplify in Studio presents the following.

First, although Simplify shows up under “Specialty” in the “Effect Panel”, neither the “Edges” nor “Quad Tone” adjustments show up as validated in the File | Adjustments menu or when the “Adjustments” button is selected from the “Adjustment Panel” despite both being part of the “Topaz Simplify” plug-in as evidenced by the following screen captures. 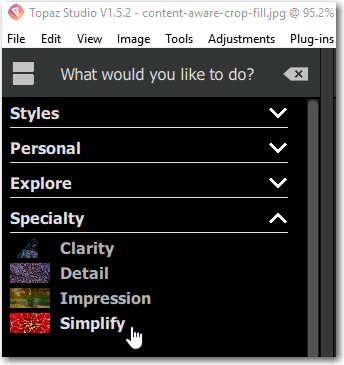 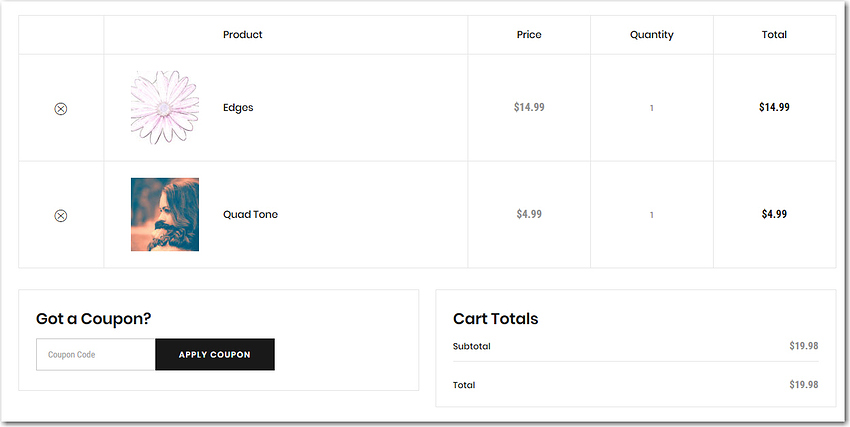 Hi Jenn,
Try opening Studio and then log in to your Studio account. This may fix the issues with the quad tone and edges adjustments showing black for you. I had the same problem until I signed in to my account and then they turned blue.

Quad tone and Edges were blacked out for me too. Thanks Michael_Andre. I resigned in and this took care of my issue.