Sigh… I read a study recently that the trade winds in the Pacific Ocean are weakening as a result of our old friend, or not, global warming. This study also mentions that this could change the regions biology.

According to the study through the use of computer modeling, researchers conclude that a vast loop of circulating wind over the Pacific Ocean, know as the Walker circulation, has weakened by about 3.5 percent since the mid-1800s. The trade winds are the portion of the Walker circulation that blow across the ocean surface.

The researchers predict another 10 percent decrease by the end of the 21st century - which could disrupt food chains and reduce the biological productivity of the Pacific Ocean.

While I will not be around to experience this gloomy prediction, I can attest to the fact that there is significant bleaching of coral heads here largely due to an increase in water temperatures. Sad! Make every day count! 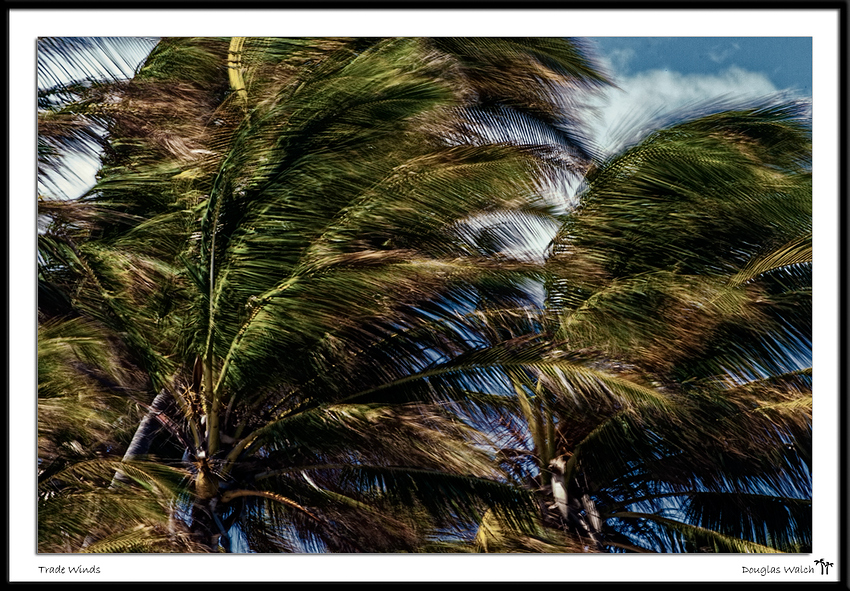 Nice image but sad trade wind story… looks like the future generations will have a rude awakening one day?