We have a new update to Photo AI Early Access. It has a large amount of bug fixes, grayscale images support, and several model updates, and more!

Oh! There may be an extra special EA update next week

Strange conflicts with the OS, if I press PrtSC for the first time after opening an image, when using an external monitor ( Extend these Displays), and the focus is on the monitor it returns to the default screen: 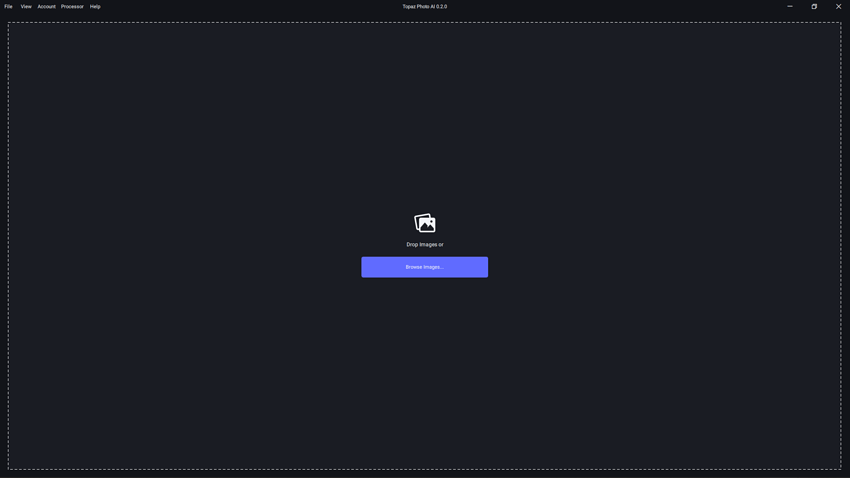 The second time, it actually picks up the display of the actual image: 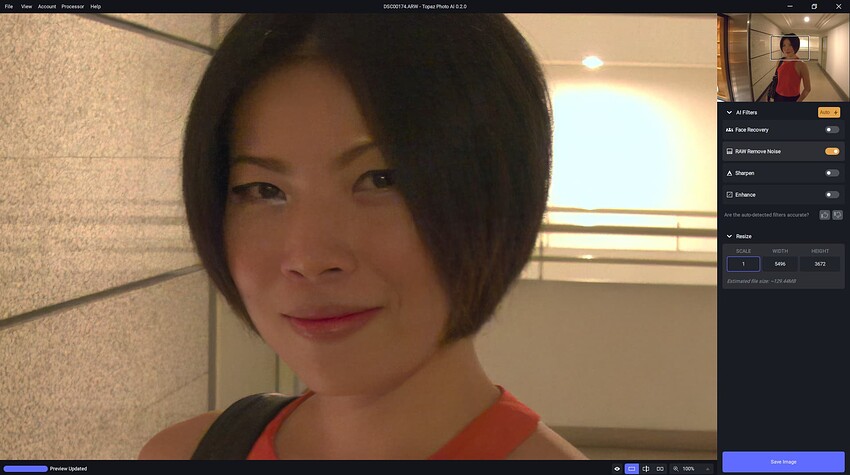 This doesn’t happen using the 1 default display and Extend these Displays.

I am in the process of downloading Photo AI v0.2. The download and install is a very long process, much longer than my other Topaz products. Will it always take this long for each subsequent update?

Finally got it downloaded and installed. Background: I have to process a range photo types, including my landscape work that may be printed at large sizes 40 X 60 inches. For this I use Gigapixel or Sharpen AI for the final polish. On the opposite end of the photo types, I also do graphic design for magazine style annual reports and I am regularly provided with very low quality images. These have very severe problems, either sharpness or resolution or noise or poor tonal scale (brightness and contrast), often all of these problems are present. My initial impression of Photo AI. I would not use it on my landscape work, but I could see it being very useful on the poor quality photos I am provided when doing the magazine style annual report graphic design work.

Two other impressions: 1. Photo AI seems to be a very close cousin to Gigapixel. It has noise, blur, face recovery controls like Gigapixel. When I am provided with poor quality images of people, I find gigapixel is a good first step, use a 1x scale and the face recovery and blur and noise controls. I processed a test image of blurry people that had adequate resolution using both Photo AI and Gigapixel (both at 1X scale) and got the same results. 2. I am not sure what the purpose of the Enhance slider is in Photo AI. Perhaps with more tests it will become obvious.

Any future tests, I will also do them in Gigapixel for comparison to see if I get a different and better result in Photo AI.

Bug: Enhance recalculates every time you click with the mouse into the image.

Color management does not work in the plugin. Windows.

I am not sure what the purpose of the Enhance slider is in Photo AI. Perhaps with more tests it will become obvious.

I had always emphasized with Enhance (Gigapixel) that it is great for denoising images where Denoise, for example, always fails because it is assumed that the user only denoises images that really need it.

Denoise always deletes details, Enhance does not show this behavior. 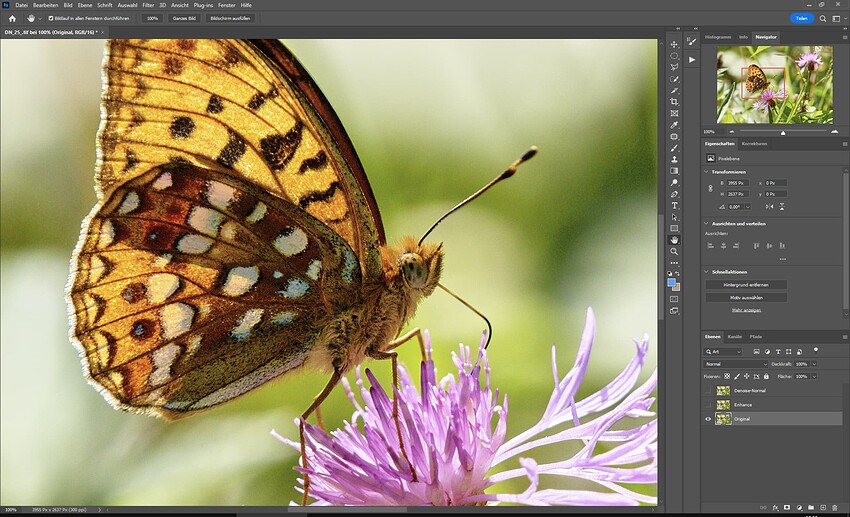 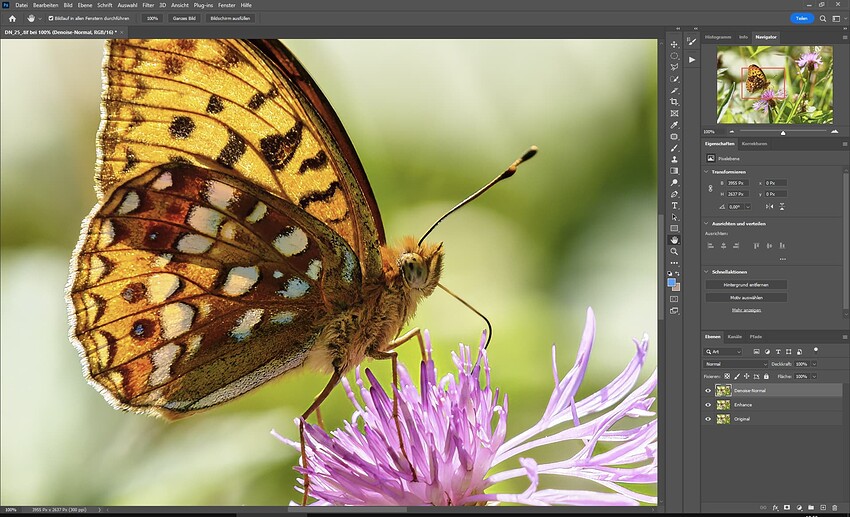 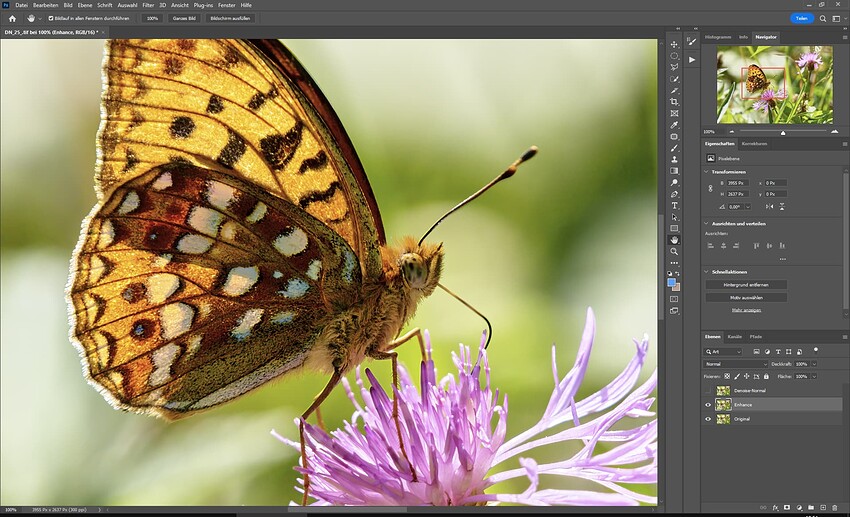 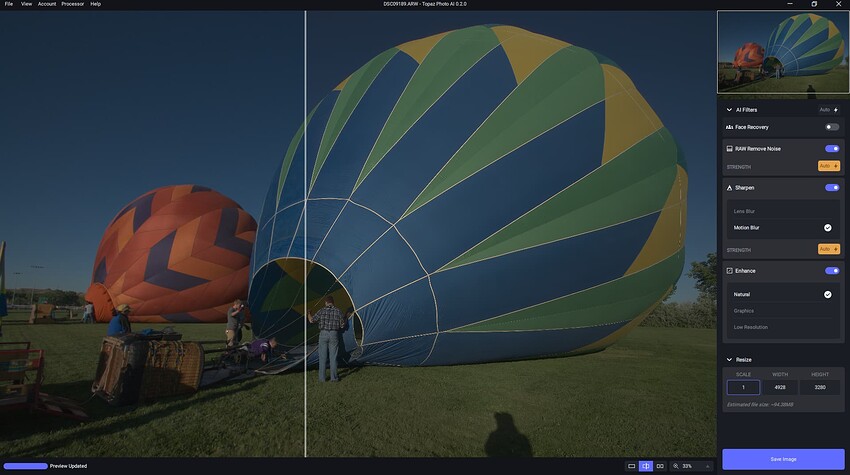 Hi everybody,
I am working in the field of nature photography especially flying-bird photography. Here I have to use very short shutter speed with corresponding high ISO values and subsequent rather high noise. Usually there is not enough time for targeting the bird and the autofocus is not fast enough. So the pictures are more or less out of focus and suffer from motion blur. For shooting a flying swift I take several hundreds of pictures to get a good one by chance.
I try to use Topaz Photo AI as a culling tool. I hope to find this way the most promising RAW pictures which are worth for postprocessing in Lightroom and in the Topaz AI tools. For this I need batch processing with only the AUTO settings for the AI model and the parameters. My first attempt with 642 images results in a hang up of Topaz Photo AI after processing of 21 files. I use Win10 on a AMD Ryzen 9 5900X processor with 32 GB RAM and a GForce RTX 3070. Can You fix this bug soon?
Greetings from Germany
Thomas

When I turn everything off (no filters active), the changes to the image stay. Sharpen with zero strength also has an effect. And I didn’t like what RAW Remove Noise did to this one. Windows 11, Sony ARW file. 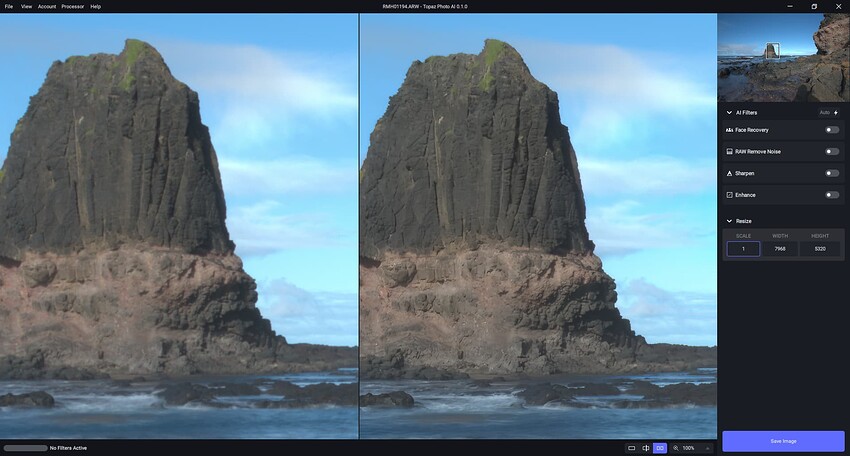 The best way to test that is not with a RAW file, conversion of RAW images necessitates that pre-sharpening and noise reduction (minimal) is applied to the sensor data on conversion.

ALL RAW converters apply their own profiles to convert RAW images. They don’t come out looking like the JPEG generated in camera.

Are you saying the Topaz RAW convertor isn’t very good?

Nope just saying it is different to others as they are to each. I see that there is better detail in the sky with Photo AI and you can try using the Enhance function.

Also I shoot Sony, but only RAW, and have The DRO or Dynamic Range Optimizer turned off as it is designed to help jpegs files in high dynamic range scenes, but the side effects of having this on are a net negative for RAW images.

I also notice that you are using v0.1 and reporting in the v0.2 thread, please update from the download in the first post.

@anthony.lawn
It would be great if you could change the models of Enhance in the plugin.

The version I like the most is the one from Capture One + LowLight + Sharpen.

“(The output of PHAI is not manageable right now.)” = The effort is too high for me. 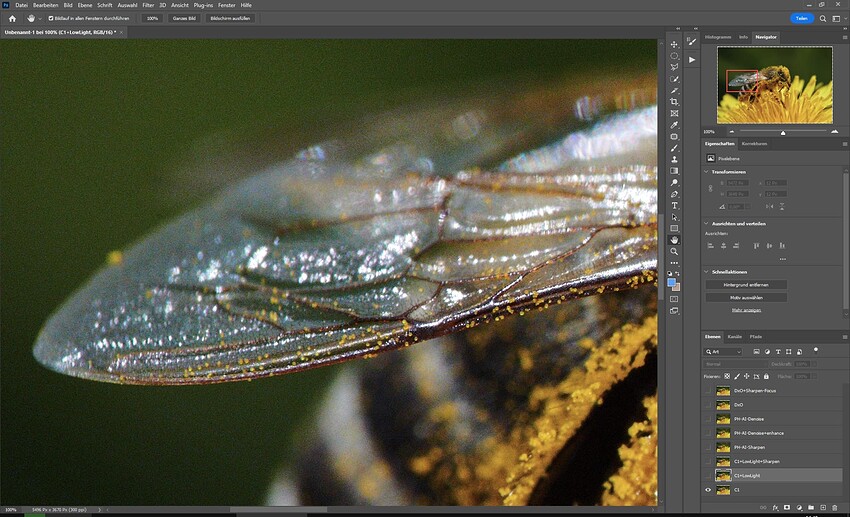 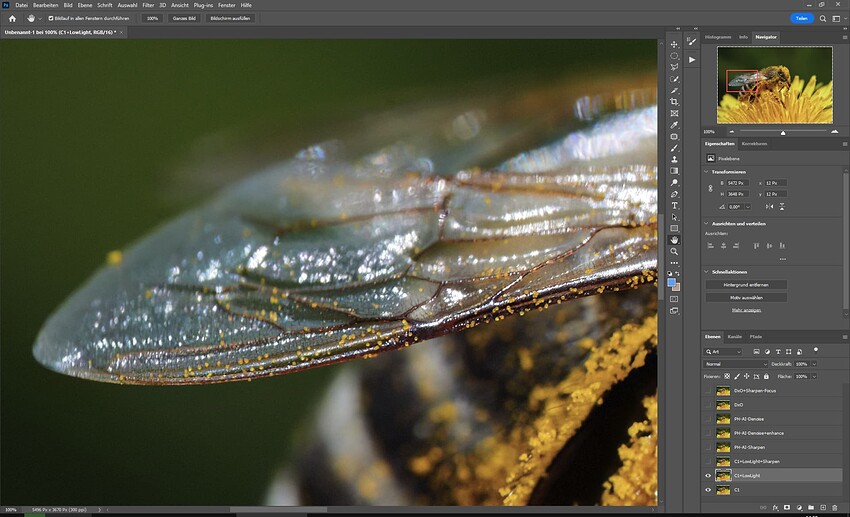 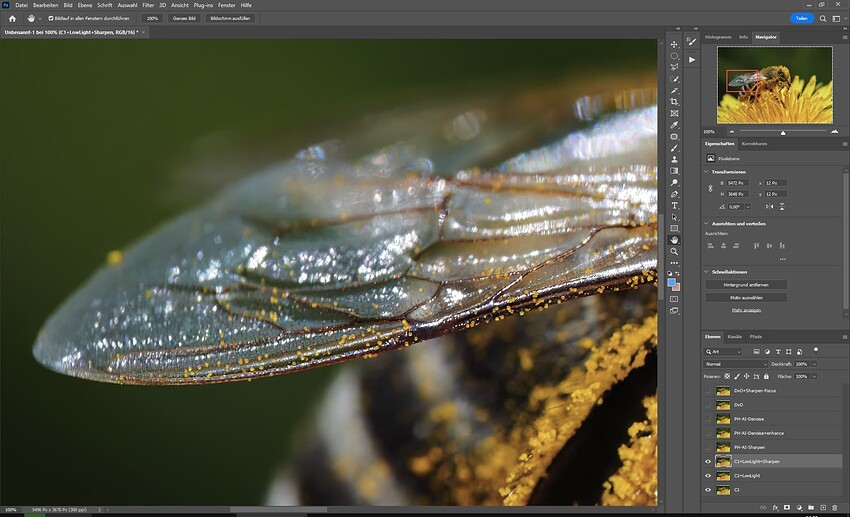 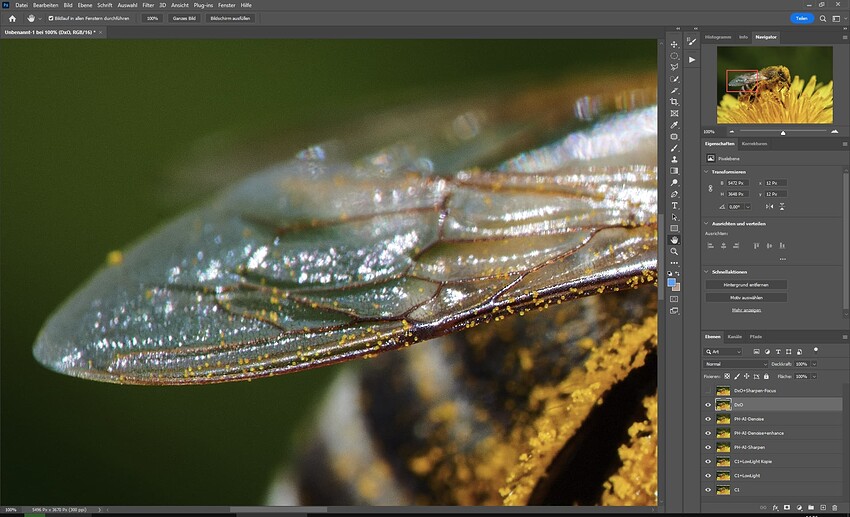 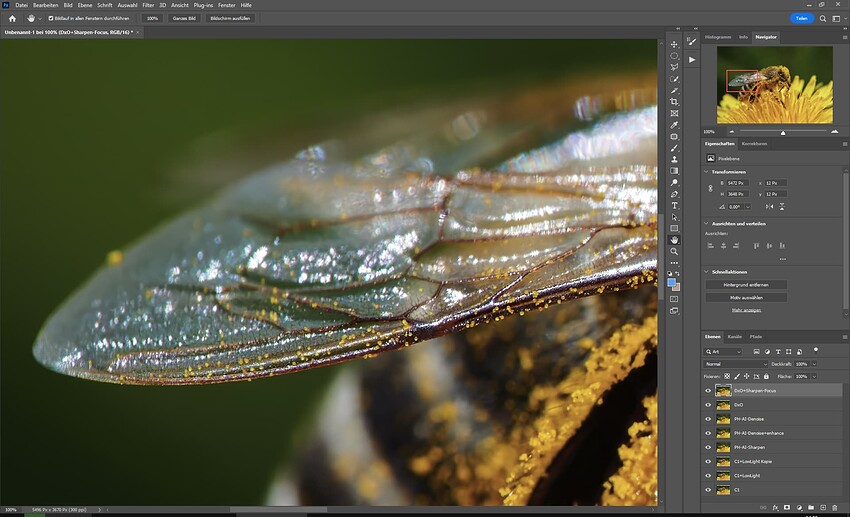 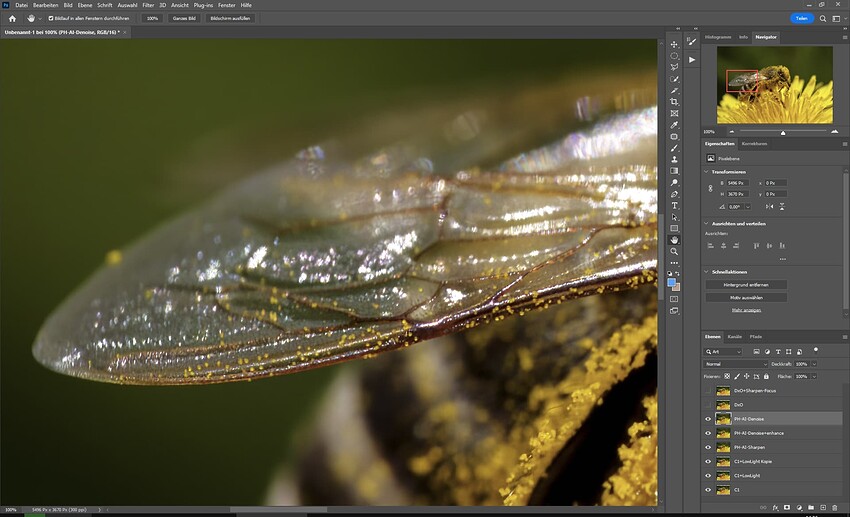 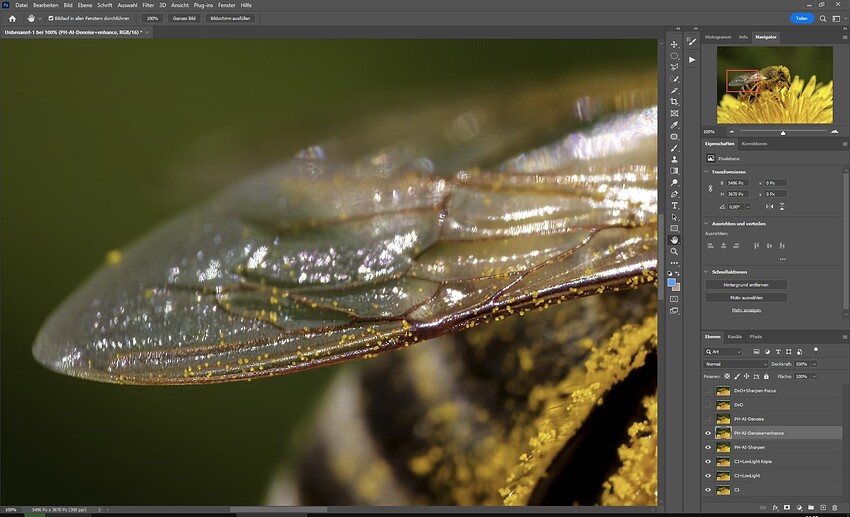 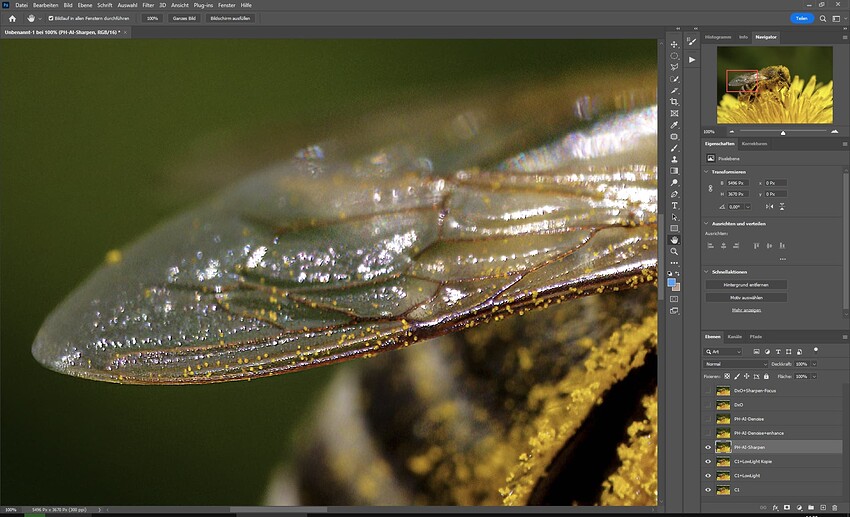 I have discovered artifacts caused by Sharpen.

What does artefact mean? The tiles are visible when sharpened and sometimes leave traces in the images, but the traces are very fine. 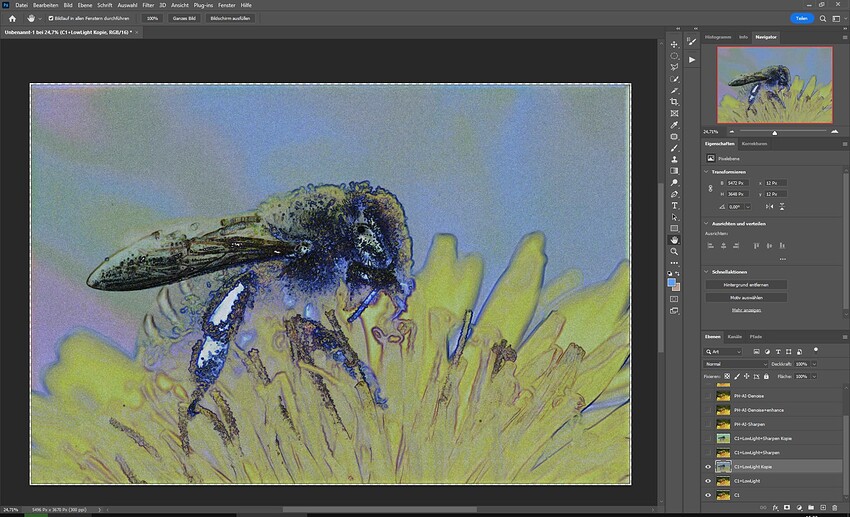 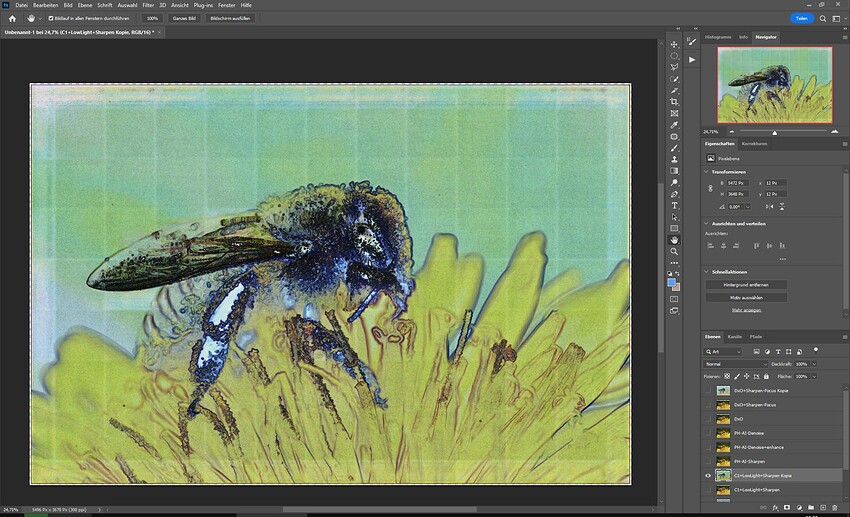 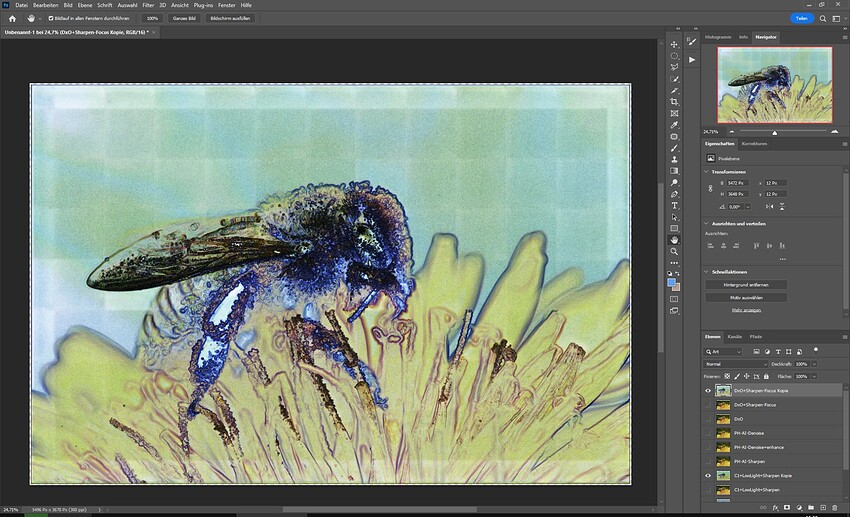 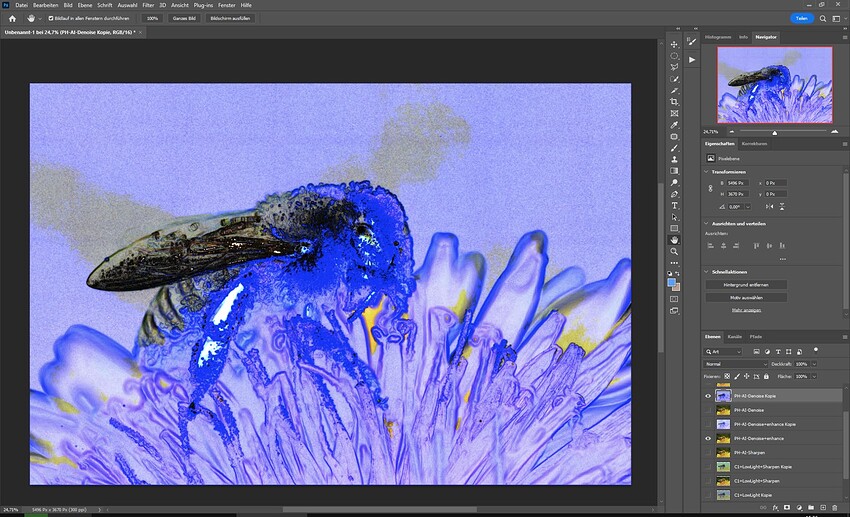 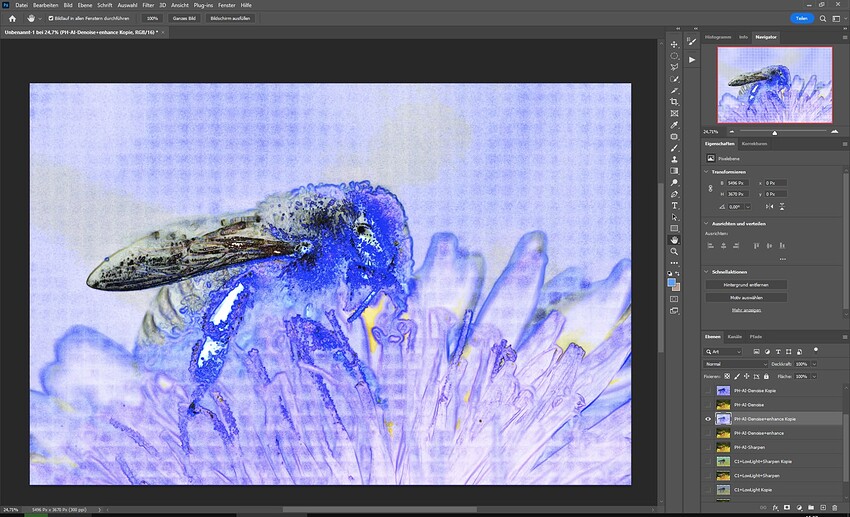 I have the same issue with tiles in PAI and Denoise AI as well. (Win 10, GTX 2060, newest Studio Drivers) Using .cr3 Files from my Canon EOS R5. Mostly using high ISO above 3200 and slightly underexposed.

We’re still looking into the long download times issue. Fortunately, between updates it should only download new or updated model files.

Just received the email notification so I claimed and went to download it. It seems the download has been taken out? The link is my-account/downloads/ so it just reloads the page.

I’ve reported this to the devs and we don’t have a solution yet, but here is PAI release 0.2 on a 2020 M1 MacBook Pro on Ventura beta 3, exhibiting the graphics glitches again. Source image does not matter, it’s something to do with the hardware/OS combo and/or certain (not all) settings in PAI.

I don’t have records of settings other than what is shown in the screenshots, though Enhance>Natural seems to trigger it.

No other imaging app I’ve used on this computer does anything like this (ON1, PS, Nik, Luminar, Exposure, Jixipix, etc.).

Can anyone else with similar hardware/OS confirm? 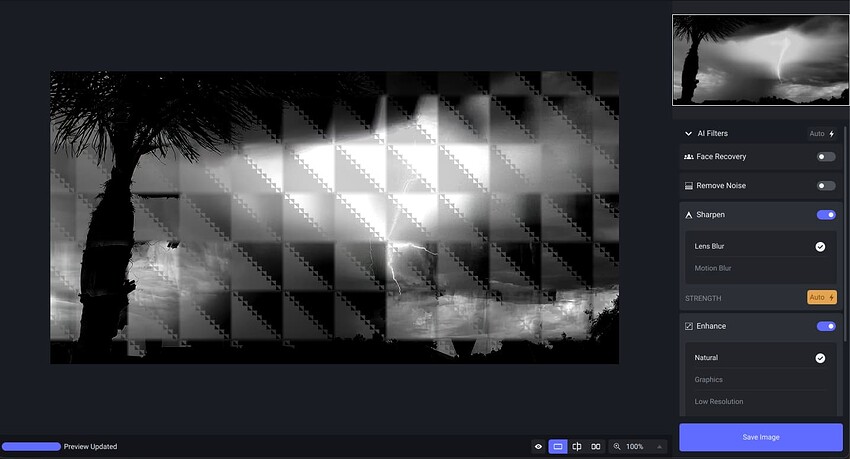 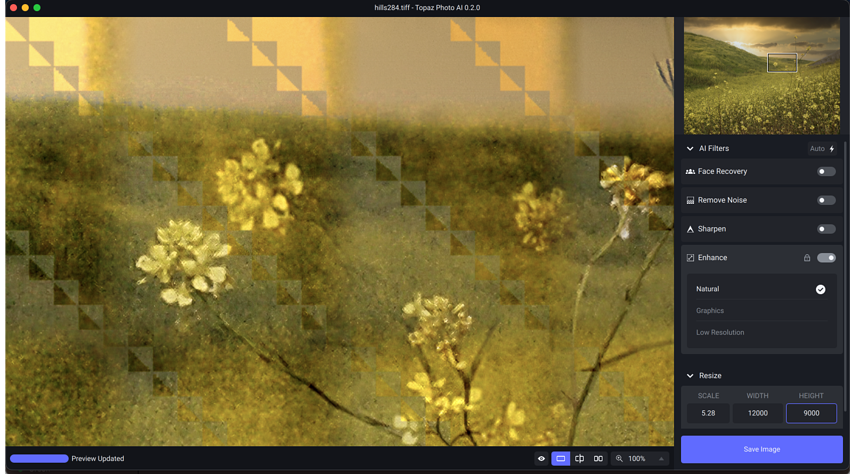