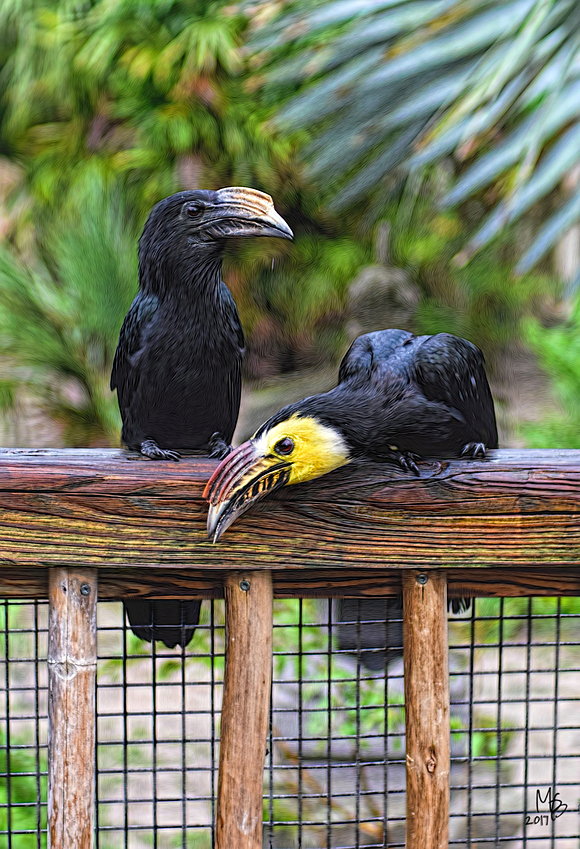 He has a strange fixation on my camera. I start to take a shot and he’s moved right in front of me. Tried to explain to him that with the zoom lens I can’t take his picture when he’s that close. Every time I moved he followed me. Finally just moved the camera close to him and he just stared into it.

Got this shot as we moved toward the door.

Used a touch of detail and glow.

Great capture and edits. I chuckled when reading your story… I guess he was being protective of his girlfriend.

They used to say watch the birdie, so I guess he was getting his own back! Nice shot.

he was being protective of his girlfriend.

He was always like that before she ever came out. He just has a thing for me…uh, my camera!

That is a good story…very nice capture.

Great image and love the story. I wonder if he sees himself in your lens and that’s why he’s doing that?

You had a ham,eh.lol! Sometimes we all try to do more tweaking than necessary! Nice photo!!

Your patience paid off …nice work.