Spider in my web

This spider is only maybe 8 or 9 centimeters and I did not have my macro lens with me. I still like the result.
Capture One Pro, TS AI clear, Sharpen AI and Basic.

The older guys/girls among this group might remember one of the best British Blues & Rock bands from the 60’s and 70’s: Ten Years After
Here is a link to ‘their’ Spider in the Web song: https://www.youtube.com/watch?v=_GnJBW6-7IA 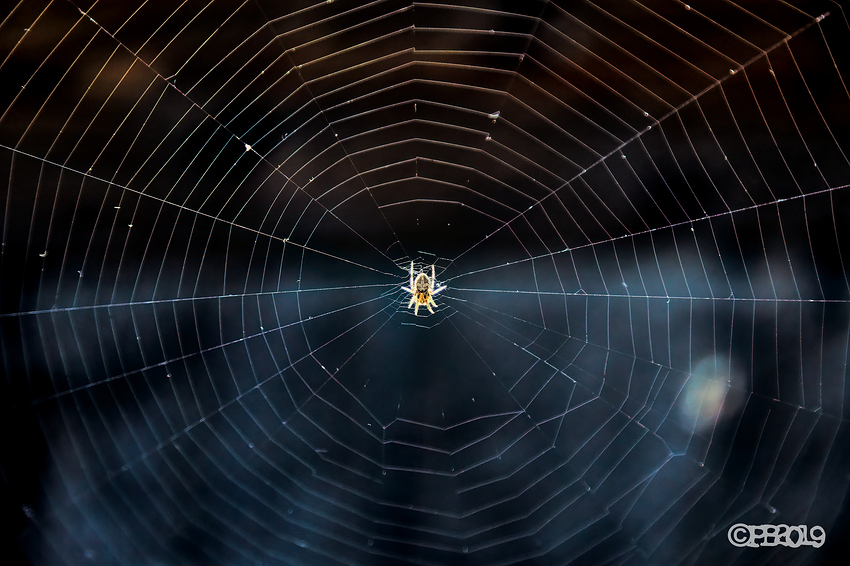 Great job on the details and exposure of the capture.

It makes me think of Boris the Spider

"Boris the Spider" is a song written by The Who's bass guitarist, John Entwistle. It appears as the second track of their 1966 album A Quick One. This song is claimed to be Entwistle's first composition, and became a staple of live shows. This song, along with "My Wife", "Heaven and Hell" and "The Quiet One", were Entwistle's biggest songs to perform live. "The Quiet One" was written to replace this song and "My Wife", which Entwistle had become quite tired of singing. Though this song was "Bo...