Problem with saved photos not looking the same when reopened

I open a photo in Photoshop and then send it to Topaz Studio from my filter menu. I work on the photo in Topaz Studio and then hit ok to send back to PS. The picture is not anything close to what I created in Topaz Studio when I view it in PS. This also occurs when I use Topaz Studio as a stand alone program. To test this I opened a photo and worked on it and then hit save as changing the name so I would have 2 of the same photos. I leave the photo I worked on open and then open the saved as version and view them side by side. They are 2 totally diff photos. It is as if I had done no work on it at all. I use the smudge, sharpen and dehaze tools freq and none of these are rendered correctly after saving. This also occurs if I use Lightroom to begin with and then go to Topaz Studio and reopen in Lightroom. The changes are not as I saved them. I have written several tickets to Topaz but have not had any results from them. They just keep saying my tickets have been resolved when nothing has been done to correct the problem.

@almrtn - the tickets are closing because you stop responding to us. If you want the ticket to stay open, you have up to 7 days to reply to us. After that, the ticket is closed by the system, as it assumes you either do not need or want any further help with your problem.

I have updated your ticket, but the details of my message are below:

We have identified a problem with the Smudge adjustment. Can you please test a preset or custom edit, with an image that you’ve already noticed does not output correctly, and exclude Smudge? I’d like to make sure that this is the only Adjustment causing you problems.

Thanks, I will await your response!

First Joe let me say that I did not stop responding to you. I have sent before and after photos, i have sent copied information from my computers system twice. Each time I have sent something I never hear back and assume you are working on the problem. But anyway…

I tested several presets and they all seemed to save the image as seen except for the Bright Night which was
slightly different.
I then went through several diff custom edits using only one edit at a time and saving. Then reopening and viewing the two photos side by side.
The biggest problems were with the sharpening and dehaze tool. Both the lens blur and unsharp mask were totally diff than original edit. It was like I had not sharpened at all. Huge diff seen when using dehaze. When I first downloaded Topaz Studio this was not a problem but only presented after updates were added.
I checked the Basic Correction, Bloom, Black and white, Abstraction,Precision Contrast, Textures, HSL Color, and Curves. These all gave a true rendering when saved.

I may be having similar problems with saving files.

This was discovered in an attempt to import files into Lightroom and saving different file versions from Studio.

TIFF file saves seem to keep the image fidelity, but JPG and PNG saves throws off the colors.

The image on the left is the good one, and the one on the right is with the colors thrown off . . . and the PNG file save looks equally bad.

I’m not accusing you of anything - just explaining to you why the tickets close after a while.

Now that we’ve narrowed it down to these three:

Can you please try editing at 100% zoom, and comparing the before/after between those?

It looks like the color profile changed. Which profile is used on the original vs the output PNG and JPG files?

Can you help me better understand “color profile?”

When I save as a JPG file, I see no options other than “Image Quality.”

And PNG saving has no settings other than save.

Zooming in to 100% and then doing custom edits with Dehaze, Sharpen and Smudge did not make any difference. The saved photos were very different from original edited photo.

Zooming in to 100% doesn’t work for me either. Reducing the image size so it fits the screen at 100% does.

I opened a photo yesterday in Impressions from within Studio. I like the preset thumbnail for Chalk Smudge II so I worked with that (BTW, I don’t like how the thumbnails are presented in studio compared with the stand alone impressions…). the preset on the large photo looked nothing like the thumbnail but I worked with it anyway. After getting a look I thought I’d like I sent it back to photoshop, where it looked nothing like what I had worked on in Studio! After trying various combinations of working with it in Studio, I gave up and just went to the stand-alone impressions. I did not do screen shots since by the time I identified that there were indeed problem(s), it was beyond screen shot time. Just wondering if this is a consistent problem that someone already knows about?:

Joan,
I have been having problems with Topaz Studio for months now with no help from Topaz. The images that are saved in Topaz Studio and then opened in PS or LR do not look like what I saved. This occurs with several of the tools and some of the presets. The basic tenant of a program should be that you are able to save your work and when you open it, it should look like what you saved. They charge you to use these extra tools and then they are worthless. No one seems to be able to fix these problems at Topaz yet they continue to sell a program that is extremely flawed. They need to go back to the drawing board or hire someone who can fix the problems that people have been complaining about for months.

We’re updating the software to include an HD preview option that will help address this. The first iteration of that feature is currently being tested in Beta 1.3.0. It will be released when we are ready to move it to the Public Release version.

There’s no reason to go back to the drawing board. We already have a solution.

It takes time to fix some issues. Please have patience, and we will address the problems that are reported to us, as quickly as possible. Not all corrections are immediate, and some solutions must go through multiple testing phases before we’re able to send it out to the general public. By making sure the fixes actually work, we’re ensuring the problems you report to us are being addressed in a reasonable manner, in a reasonable amount of time. Topaz Studio is a new product, but has already received many updates to fix many problems. Just check the changelog if you’re in doubt that we’re going to fix a problem reported to us:

Check here for the latest changes to the Topaz Studio application! We know things can change quickly, so this is the best place to check for the most recent fixes, improvements, and features. ~~~ ...

Having the same problem. I love the effect created in Topaz, but when the image is rendered it’s not even close to what the thumbnail provides. I bought a computer for these effects. Would like an answer. 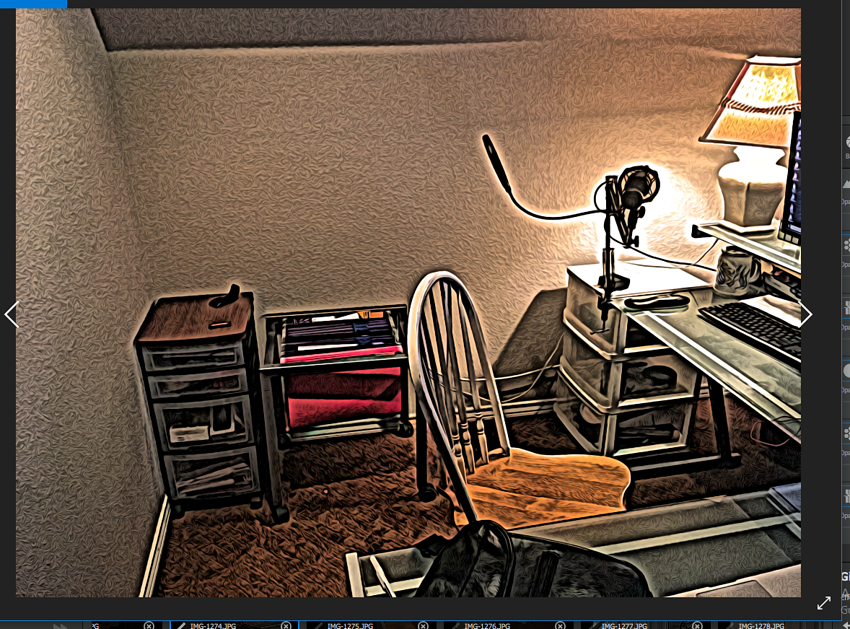 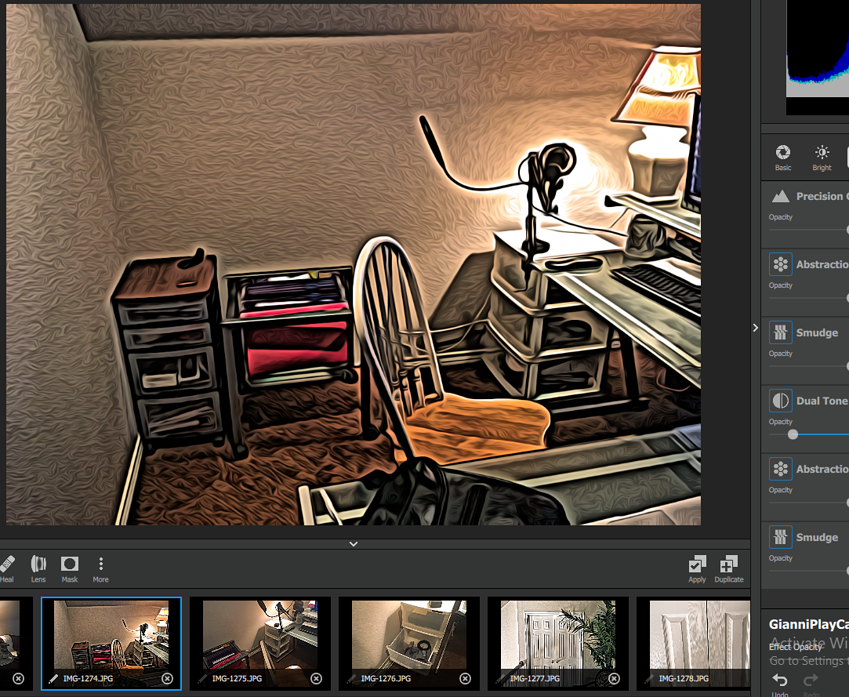 It’s December 29, 2018. I use Studio as a plug-in to Photoshop Elements 2018 and as a standalone. Today is the first time my saved photo in PE 2018 and in my files look nothing like what I created in Studio. It’s more than a year since the poster before me brought up this problem. I even created and named my own effect. They go in as jpg and I “Save as” as a jpg. What was the solution to this problem?