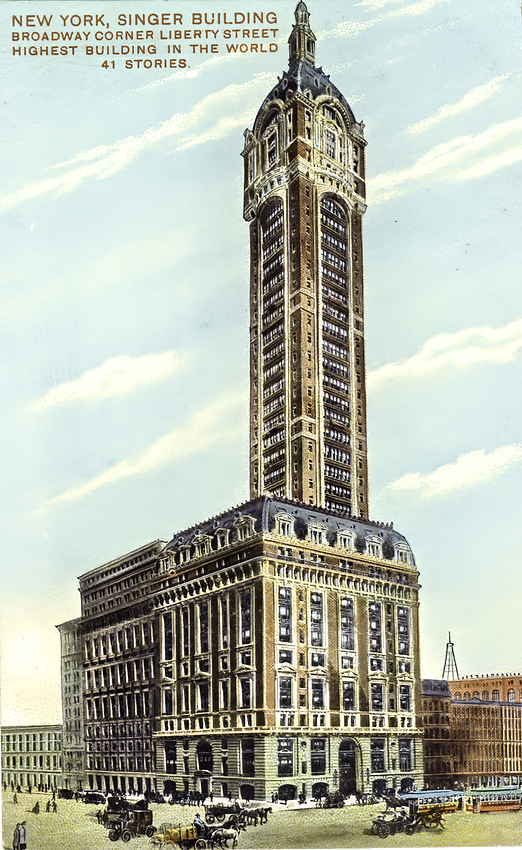 singer building post cardZ.jpg1962×3190 1.95 MB
this gorgeous tower used to be on new york. it was build inside the original Singer main building (acting as main entrance from then onwards) it was made with maximum luxury inside. marble covered walls, gold paintings on the railings. had automated elevators (something out victorians would not dream of since normal elevators had a person to make them work) and extremely fast for the time. on the basement it had its own coal power plant to supply 1.4 Gigawatts of power, its own water filtering system, centralized steam radiators on each room. and even the bathrooms had a unique fan air filtering system. fans would bring air from outside, make it go trough 4 water filters and deliver them into each bathroom of the building to cool off the air and clean it from any particles.
after Singer (corporation that mostly did type writters machines and sewing machines) collapsed the building was put on sale. was purchased by a developer around 1965. in 1967 the demolition started and in 1969 was completed. then horrible sky scrapers would be erected on its place. this is a postcard i got from the web, run it trough denoise AI to remove noise it had from the postcard printer, and then adjust AI to make the colors pop-out
4 Likes