Wandering around the backstreets of Lisbon, Amsterdam, Porto, Pinhao, Provesende and Pontevedra became a reoccurring theme during our European excursion when, in Lisbon, Dancing Girl launched a mission to find an Olive Oil establishment she had read about on Trip Advisor. Up and down narrow alley ways with who knows what around each curve we trekked for several hours – our city map useless. Normally, I would have complained, about an hour into the adventure, but the photo ops just kept popping up one after another. As it turned out, when we finally found the place it was closed for vacation.

Time for a Sagres, or two and maybe three. 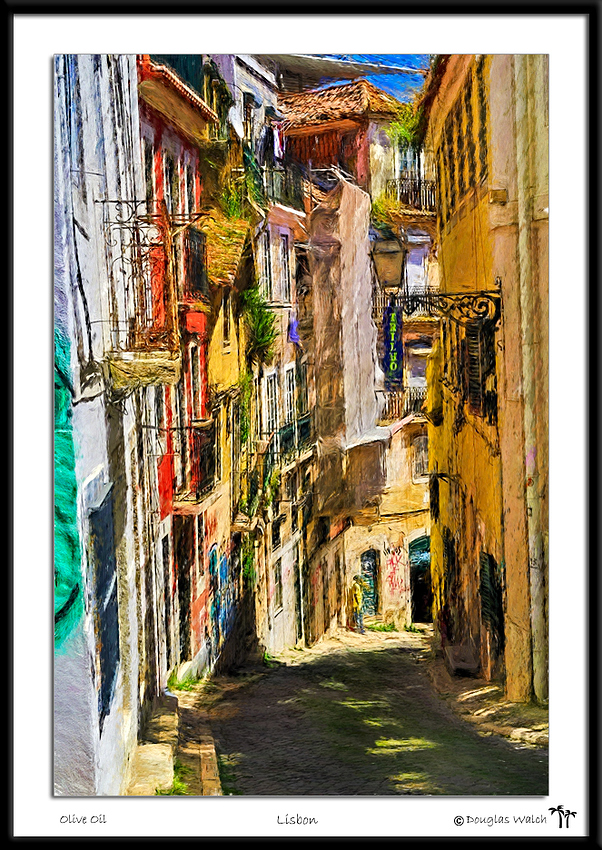 she led you well - great treatment on this