I’m having a new computer built. Looking to get one that will handle all of Photoshop and Topaz needs. Here is what my computer guy is suggesting. The only other options I was thinking of is to go with 64 GB of ram and add a dvd player to load old software disc. (if they will work on Windows 11) Would love to hear any issues with this setup before I order.

Thanks Don …glad to know it will work.

but I can tell something about the 12700 limitation. certainly you’re in a hurry to buy your new computer, and can’t wait the release of the next Nvidia 4xx0 and intel 13th Cpu , but i noticed an issue with the i7-12700 with the turbo boot feature. In the end, i understand that in term of power / economic energy and TDP, it was the best solution, but if i knew this limit, i would have certainly get a 12600K instead if I was not limited by my electric bill or a mini ITX case which can have only 1cpu and 1case fan.

do some research about the 12700, it can run at turbo boost only during 28 seconds, and then, go back to the no turbo boost mode. contrary to all the other cpu (including the 7700 i have) where the Cpu can run at his turbo boost until the application doesn’t need this extra power anymore, or reach a temperature limit, it’s not the case of the 12700. you can unlock the Cpu so it can run all the time at his turbo boost speed by bios, but you have a B660 Card. depending which one you have, you can’t unlock this feature (it would need confirmation with Asus), as you need a Z690 motherboard to unlock this.

Of course, running the cpu at his turbo boost all the time is bad , for the build, the energy etc… you can find article about this on the anatech website / forum etc… they talk about this issue below at reedit and on this test. 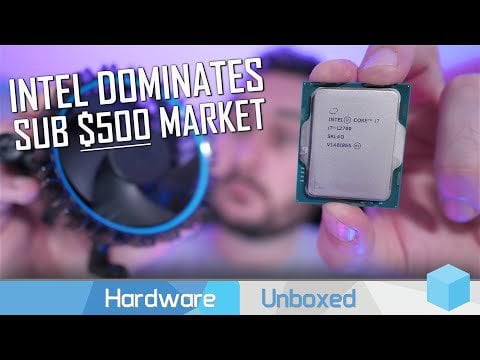 Marty, thank you for that detailed and great information. I will pass it on to my computer guy…thanks for taking the time, I appreciate it.

You’re welcome ! in the end, depending of the energy bill, and the TDW (temperature of the Cpu), 12700 seems to be the best for me, as i can only have a 65W Cpu, and must have a very silent Cpu fan, without telling about the extra electricity bill between a Cpu running at 65w and one at 125w (12600K or 12700K), it needs a bit of investigation about this to do the best choice, as for multithreading, Amd seems to have better result, i could compare with a friend and was kind of a bit disapointed by 12700 result. but it’s stay strong for software needing pure Mono Core treatment.