Moving Topaz Appdata to another drive

I recall seeing an article, somewhere, that I think provided some guidance on moving some or all files that Topaz places in the APPDATA folder to another drive. At least, I think I saw it.

Topaz products, like Impression, seem to keep a lot of files (textures, dust, scratches, etc.) in APPDATA. My C drive is an SSD, and I would like to reduce the amount of space used on the drive for such files in order to help preserve the life of the drive. So, if I can move data, such as that used by the Topaz products, to another drive, it would be of great help.

I’ve tried searching for the article on the site, but cannot find it … can someone point me in the right direction?

I don’t believe you can have the program on one drive and the appdata on a different one- there is no way to direct the appdata location elsewhere. I checked my Topaz plugins appdata- even Imprression is small-like 486mb. If you want to move your Topaz programs and hence appdata both to another drive that will work. Best to move Pictures, Movies and Music to another drive if you need to free up space on your SSD.

Thanks for the guidance, but …

So, I’m afraid my question still remains unanswered. Help would be appreciated. As I said in the OP, I recall seeing something so I am hoping someone will be able to point me in the right direction.

I recall seeing an article, somewhere, that I think provided some guidance on moving some or all files that Topaz places in the APPDATA folder to another drive. At least, I think I saw it. 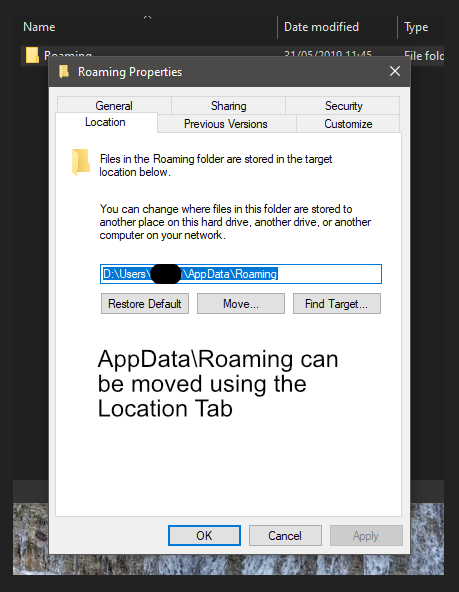 Note that some folders referring to the System (Microsoft), Adobe (PDF) and other utilities will not be moved but remain on the local C: Drive in the Roaming folder.

There are ways to relink Local directories but not all will work and, in the case of Topaz Labs applications they use the Local folder and should not be moved or re-linked because updates and re-installs will break that link.

Forgot to mention that the same applies to other user folders such as Documents, Pictures etc., they can all be moved using the Location tab: 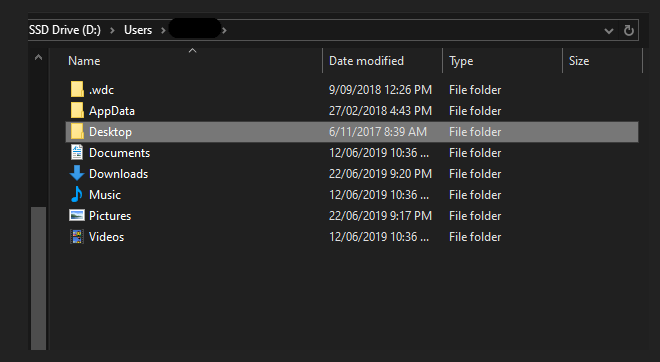 I may be missing the point here, but Topaz Studio keeps a lot of its resources, textures etc., in a folder called tgrc which by default is installed on your system drive and it can become very big, especially if you import your own textures. You can, however move that drive somewhere else. Just go to Help > Move Downloaded Resource Files. Perhaps not exactly what you’re looking for, but it may free up some space for you.

Actually, moving the other user folders was easier than that … I just moved them to another drive. I don’t recall, in 4 years, ever running into an issue with Documents, Pictures, Downloads, et al being on my D drive … everything just worked. And I did not adjust the Location tab.

But, be that as it may … I guess I’ll just have to install a larger SSD and migrate my OS to it.

Thank you, @PaulM. That sounds very much like whsat I recall seeing at some point in the past.

In checking for the tgrc folder, they appear to be in the AppData/Local folder, and virtually every Topaz plugin/program has one. Most are insignificant in size, but of the 7.4GB occupied by the Topaz products in Local, Texture Effects and Studio occupy 4.7GB, with Gigapixel and Sharpen AI consuming another 1.4GB - 6.1GB in total.

So, moving these would free up most of the Topaz space. Every little bit helps when it comes to keeping SSD space consumption down.

I will have a look at the Help and see what can be done.

Thanks for the guidance @PaulM.
Marty