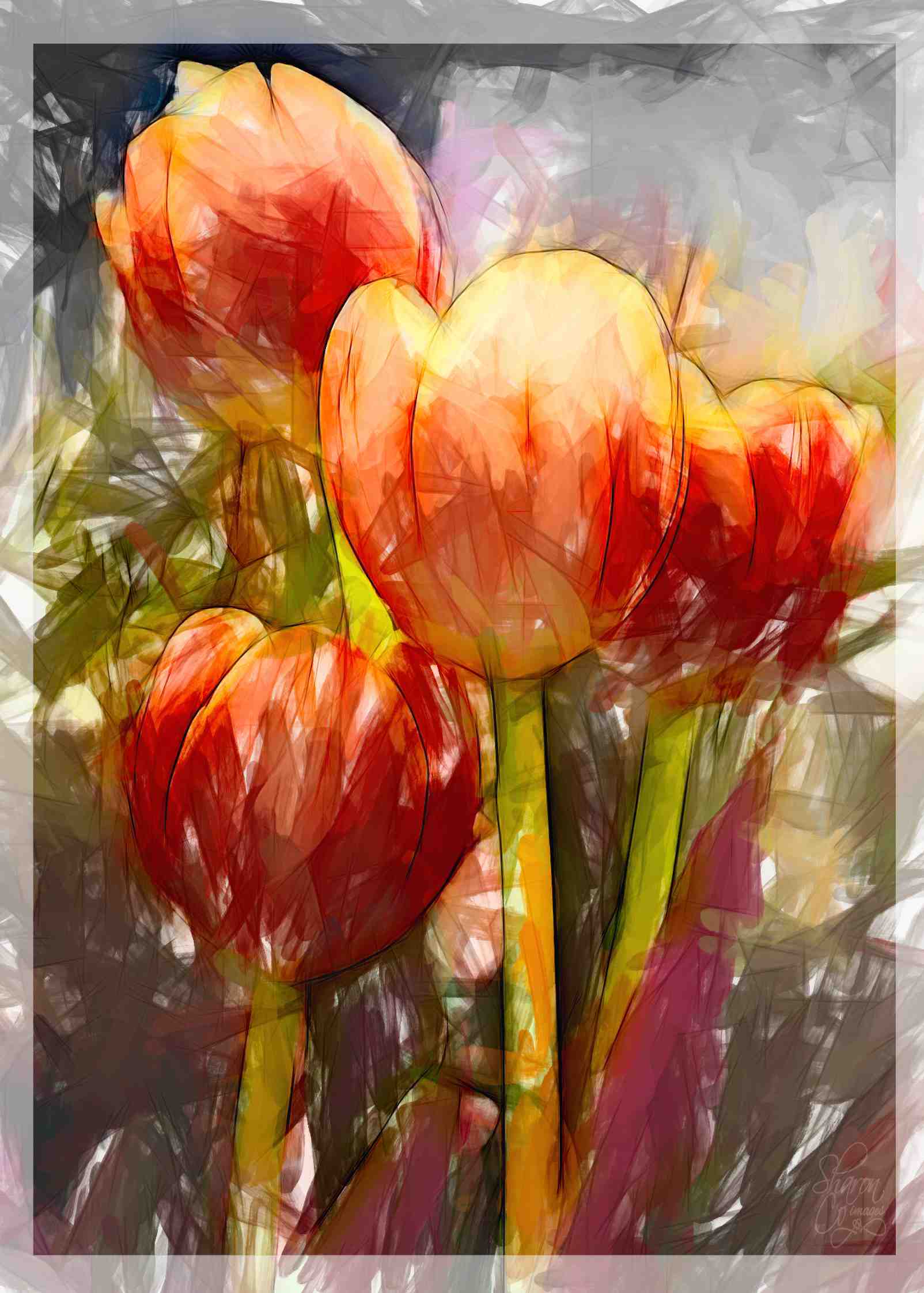 I agree with what the others have said… it’s a very nice messy effect.

See? Messes can be a GOOD thing!

Messes can be a GOOD thing!

how did you do this?

how did you do this?

Applied an Impression adjustment - that I called messy (I have now shared as a preset called Messy pt 1) - I altered the colors in the adjustment a little.

I have combined the last two steps(Sketchy Radlum and border) and made a preset which I called Messy pt 2.