There is an interesting Hawaiian legend tied to the Ohia tree and its flower, the Lehua blossom. The legend is tied to the volcano goddess, Pele. The legend says that one day Pele met a handsome warrior named Ohia and she asked him to marry her. Ohia, however, had already pledged his love to Lehua. Pele was furious when Ohia turned down her marriage proposal, so she turned Ohia into a twisted tree. Lehua was heartbroken, of course. The gods took pity on Lehua and decided it was an injustice to have Ohia and Lehua separated. They thus turned Lehua into a flower on the Ohia tree so that the two lovers would be forever joined together. 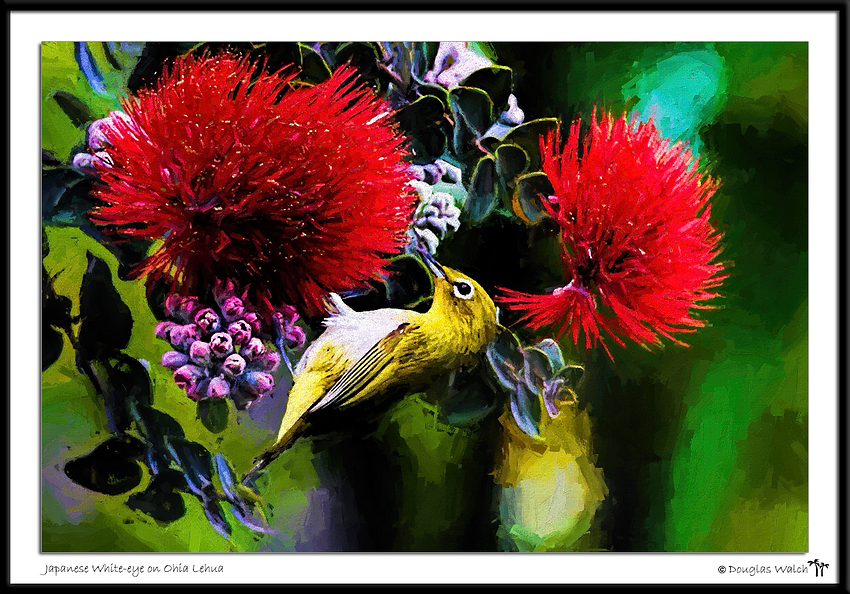 Lovely PP adn thank you for sharing the legend.

a lovely image Doug from capture to final presentation