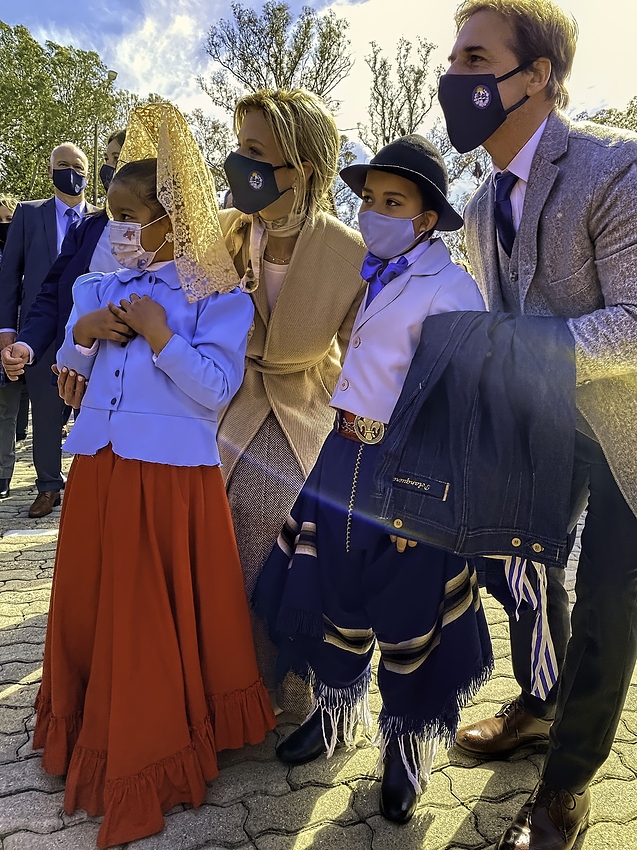 pou en celebracion.jpg1536×2048 1.87 MB
in this picture, taken from twitter, we see the president of Uruguay, Luis Lacalle Pou with his wife the first lady, and two children from the festival in honor of the signature of our independence day. the boy is dressed as a “gaucho” what you would consider a land pirate/cowboy. they where the natives that turned into land pirates/cowboys, then near the dissolution of them they become farmers. the girl is dressed as a “china” the equivalent of a “gaucho” but female. they would take care of the children and their home while the “gaucho” would steal for them to live. as i said later down the generations they would become farmers and loose this traditions as old ways. they dress up like this to dance folklore songs like “el pericon” classical dance/song used to be the usual song to entertain the couples to dance on holidays.
3 Likes