Playing with multiple layering in Topaz again… Started with AI Remix Desert Mirage to render the horses painterly.
Then went back to the original and did a Da Vinci sketch with a stronger canvas colour and increasing the visible texture.
Dragged the AI Remix image over this Da Vinci image as an image layer. Using masking, I brought through the horses and left the background as the Da Vinci one.
It wasnt defined enough so I then did a Fine marker sketch of the original, thickened the edges; removing fine lines etc so it was a sharp a black and white set of lines as possible.
I then dragged that Fine Marker sketch over where I had got to with the others. I set this layer to Multiply so only the black showed, and the white disappeared. Using a mask on this layer I selectively added lines from this here and there.
The background needed something more, so I then added a Texture layer from the Topaz choices. Again with masking I removed it where it covered the horses and left it in the background for some extra grit. 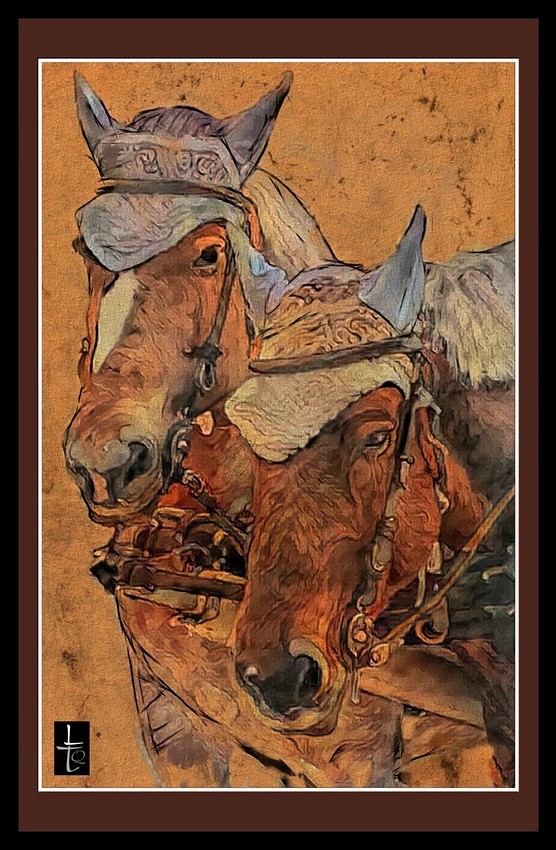 Thanks for the enthusiastic feedback. Glad you are inspired to take your own direction from something there.