A few years back we were at a BB King concert. I got a good shot of BB playing his Guitar “Lucille”. It did not show his face. The question I have is would anybody know the legal aspects of possibly selling prints of this?? I have posted this image before. 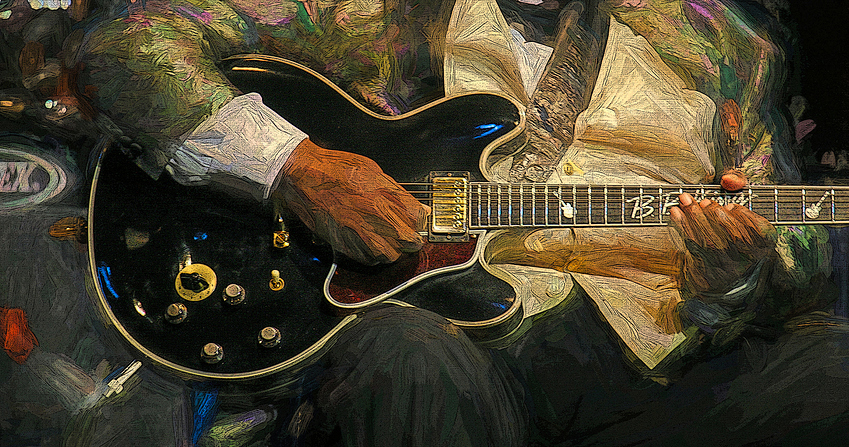 Normally I’d say as you can’t see his face, then it could be anybody. But nobody else has BB King on their guitar neck so it’s pretty identifiable as him. But it’s no longer a “photograph” as such so… On the Legal Issues of Selling Concert Photography Prints

This isn't the blog post I was planning to publish next. You see, a few weeks ago I was just about to publish a post announcing to the world that my fine art print store was online and ready to start taking orders.  I had a plan to raise money...

From what I gather, it can be quite thorny. From what I understand, even if the subject of the photograph is not recognizeable to the public, if someone recognizes themselves in an image from the place, clothing etc., it’s dicey if there is a monetary exchange… As I learned the hard way, it’s always better to ask permission. I had spied an interesting piece of sculpture out in the open in a public space and took a picture of it. Ordinarily I would have just moved on but for some reason I sought out the sculptor and mentioned that I had taken a picture of several of his pieces and he might like a copy if any turned out well. He went ballistic. While he was OK with most of them, there was one piece he didn’t want photographed. He insisted that he be shown the pictures that had been taken and wanted any that had been taken of that one piece deleted in front of him. His demeanor was such that I obliged…it seemed as though he would try to grab my camera and maybe get rough if I didn’t.

We had been Buddy Guy fans for years and have seen him live a few times. I even had a signed CD. Well in the last concert he came down into the crowd performing and people, of course, were taking pics with their cell phones. All of a sudden he stopped playing and started complaining about people taking his picture. Needless to say we are no longer Buddy Guy fans and sold my signed CD

If the photo was taken whilst you were standing in a public place it is yours even if it is of someone famous. If it is in a private venue/house/grounds then you actually don’t have the right to photograph anything unless given permission. Some churches for instance allow photography for a price (Salisbury Cathedral) and then you are OK to show them but for somewhere where permission has been removed then if you publish them then you can be sued. BUT the law is different in different places so check where you are. What I have stated is the law in UK.