Yesterday, Unmesh Dinda from PiXimperfect has talked about a APP that can enhance photo, it seem have a good result from his Youtube video.

So, I tried it out today. I installed the APP in simulator on my computer. I am still new to the APP, but after a few tests, it seem does good job in enlarging face on tiny photo. 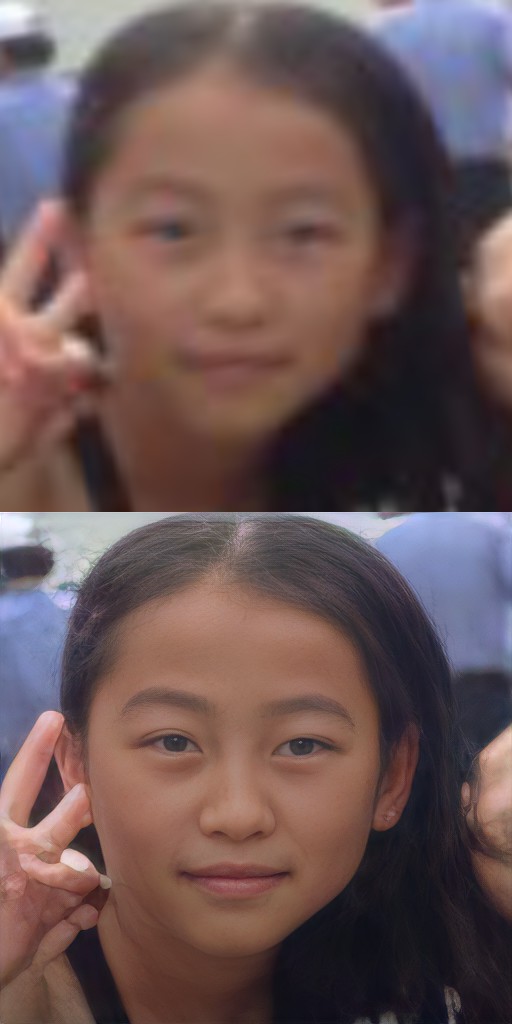 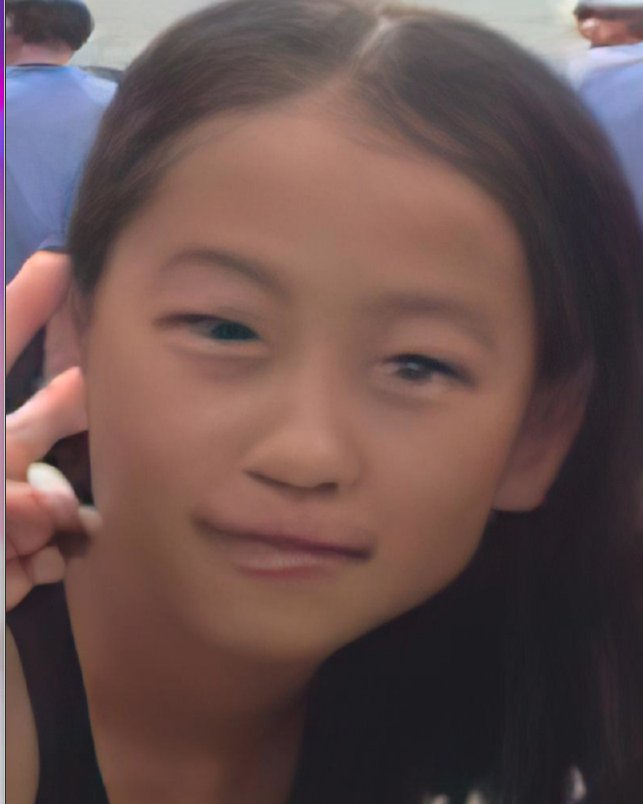 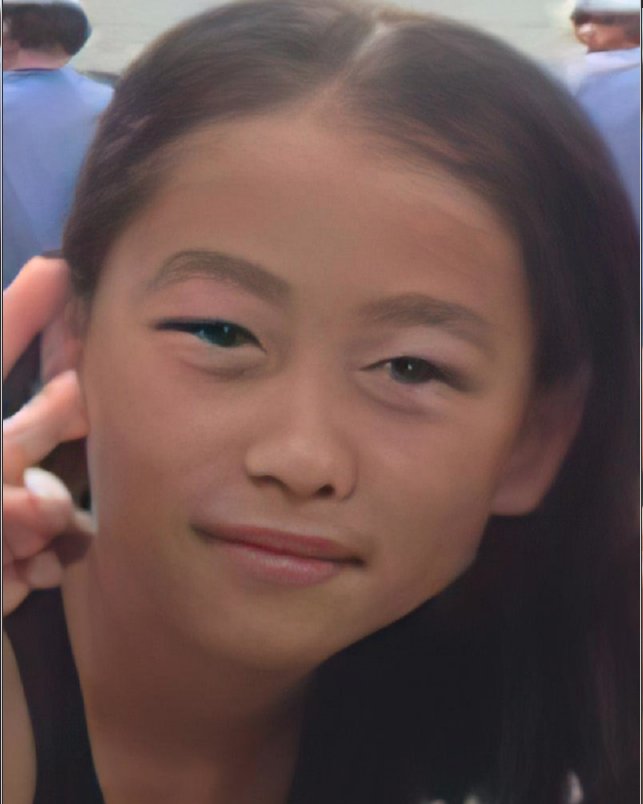 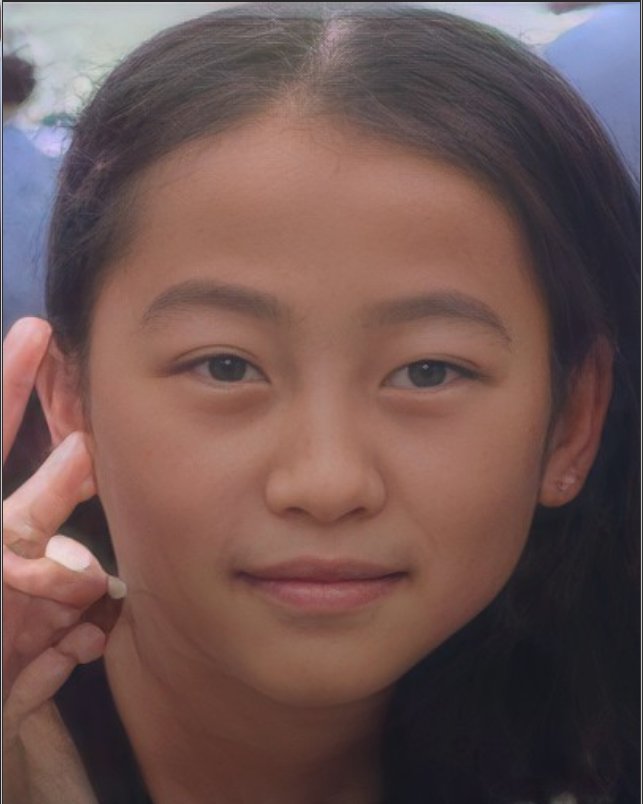 I’m not sure what the point comparing GigaPixel to Remini is as it is a smartphone App and GigaPixel is used to enlarge images. I have also noticed that it is OK if there is only one face but it can get confused if there is more than one in the picture.

I understand that Gigapixel and Remini App are designed for different purpose. A smartphone APP will never replace Gigapixel.

Gigapixel is a great software, however it biggest weakness is enlarging tiny face. I thought enlarging tiny face is impossible because it lack information to regenerate the face detail. But I am surprise how Remini APP can do to faces.

I have also noticed that it is OK if there is only one face but it can get confused if there is more than one in the picture.

Here is one of the face in the photo. 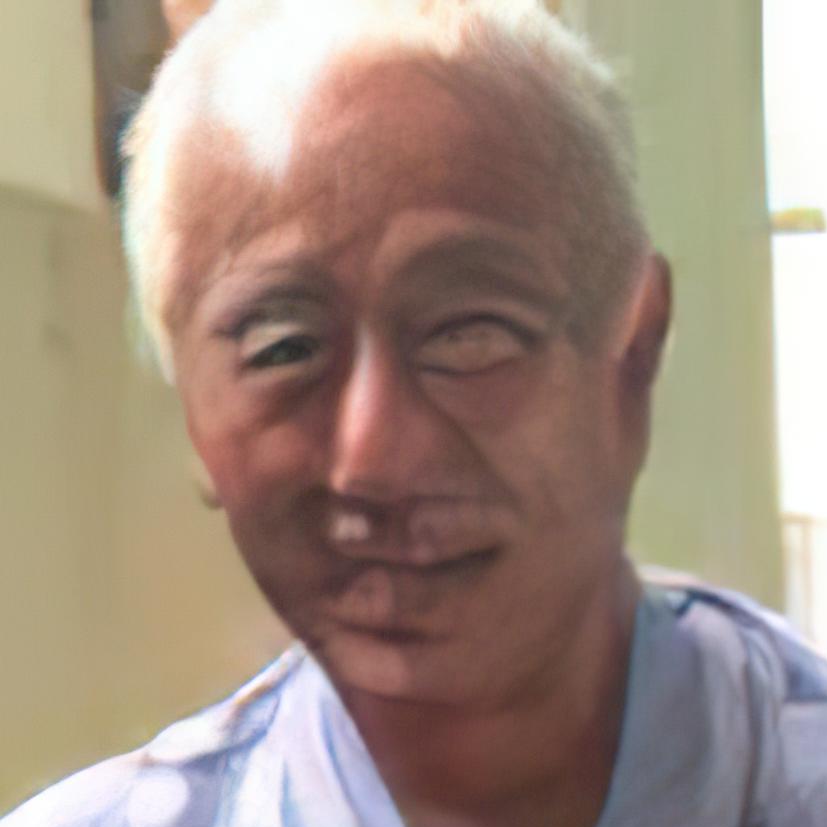 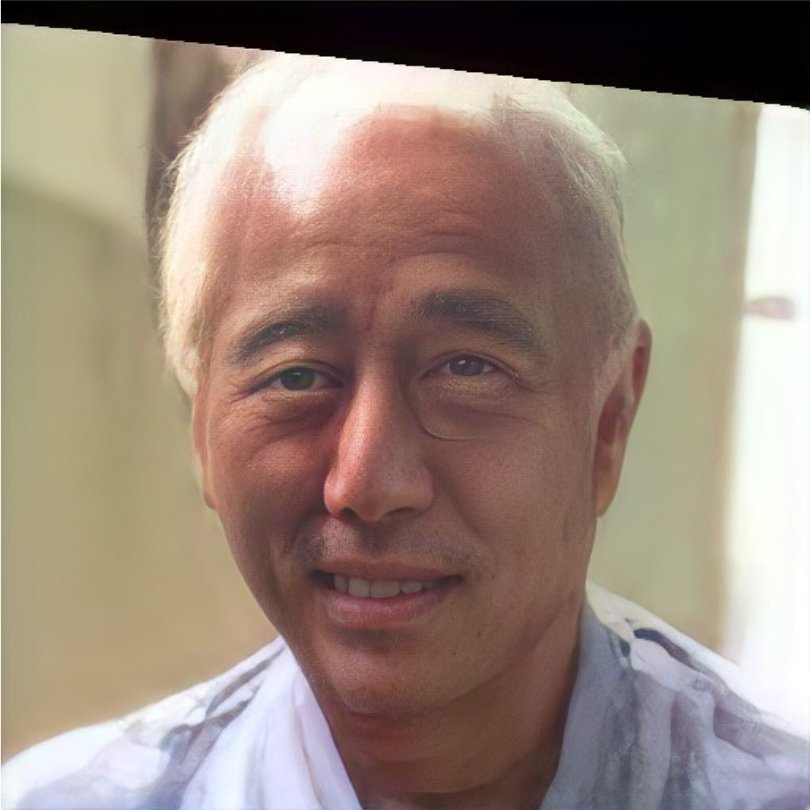 And here is another face in the same photo.
Original Crop: 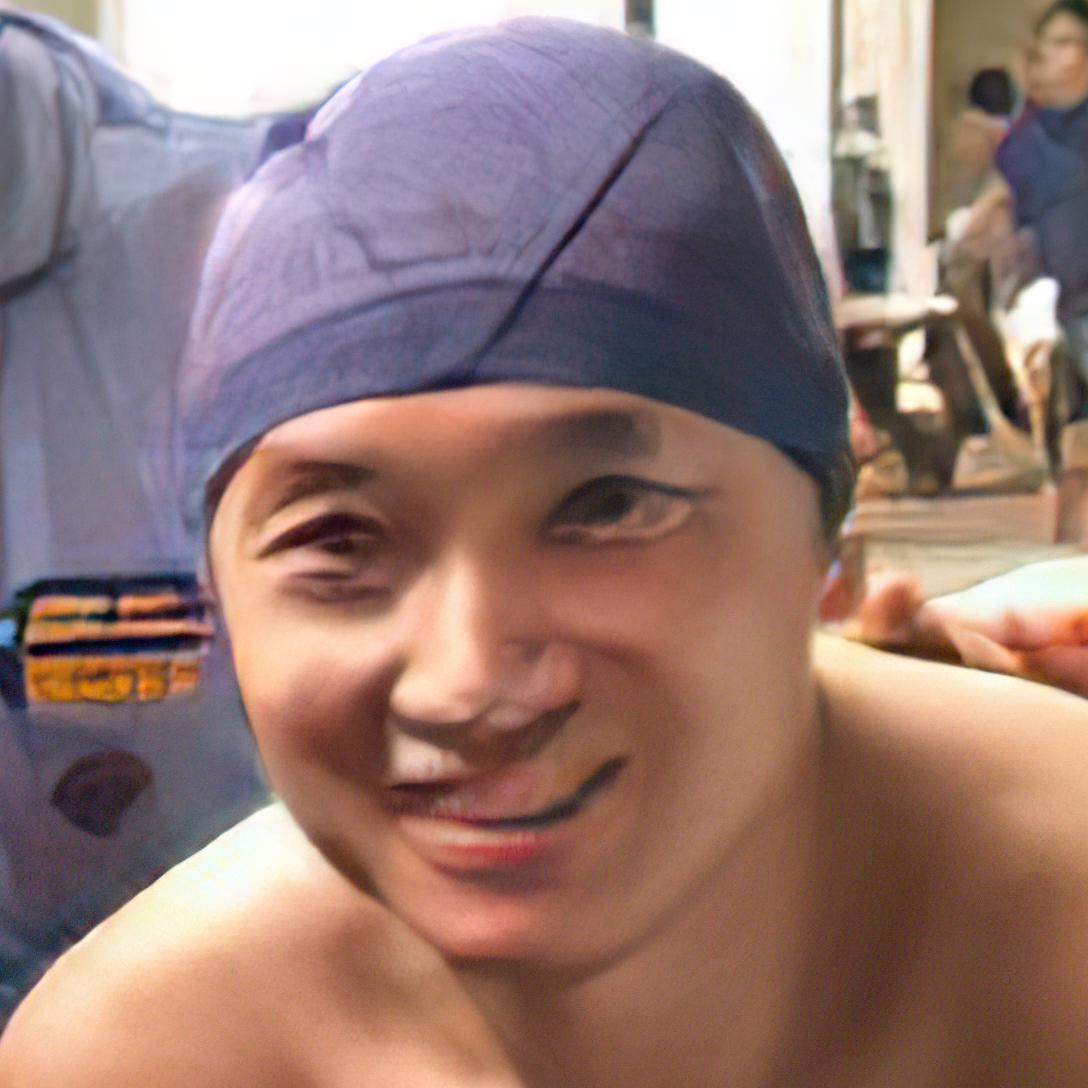 And here is another face in the same photo.
Gigapixel 4x 4x Crop: (Face Refinement OFF): 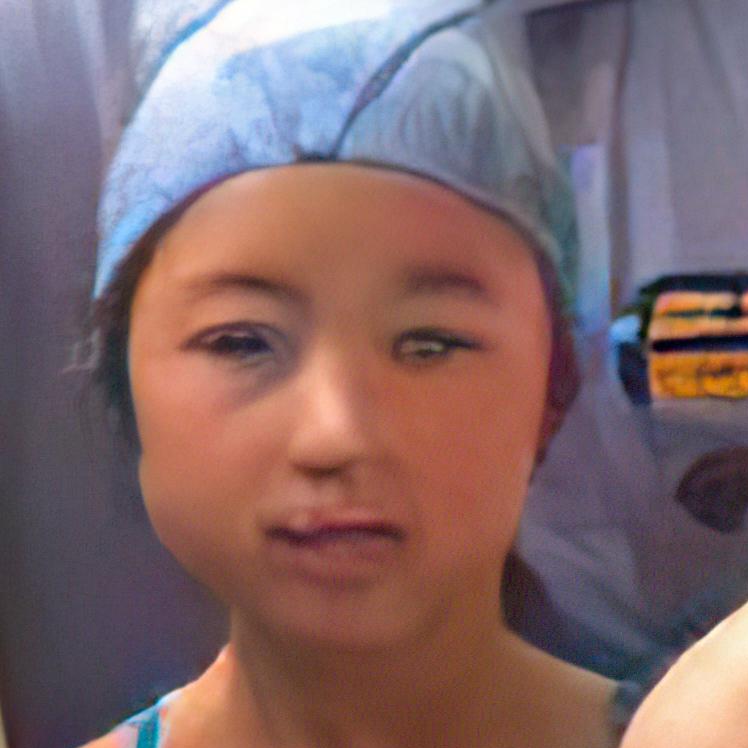 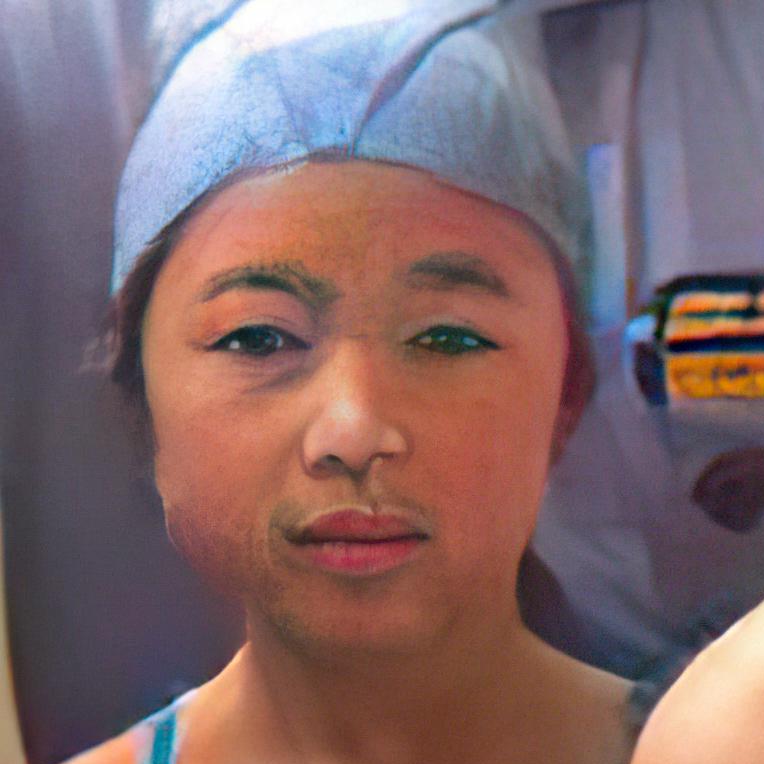 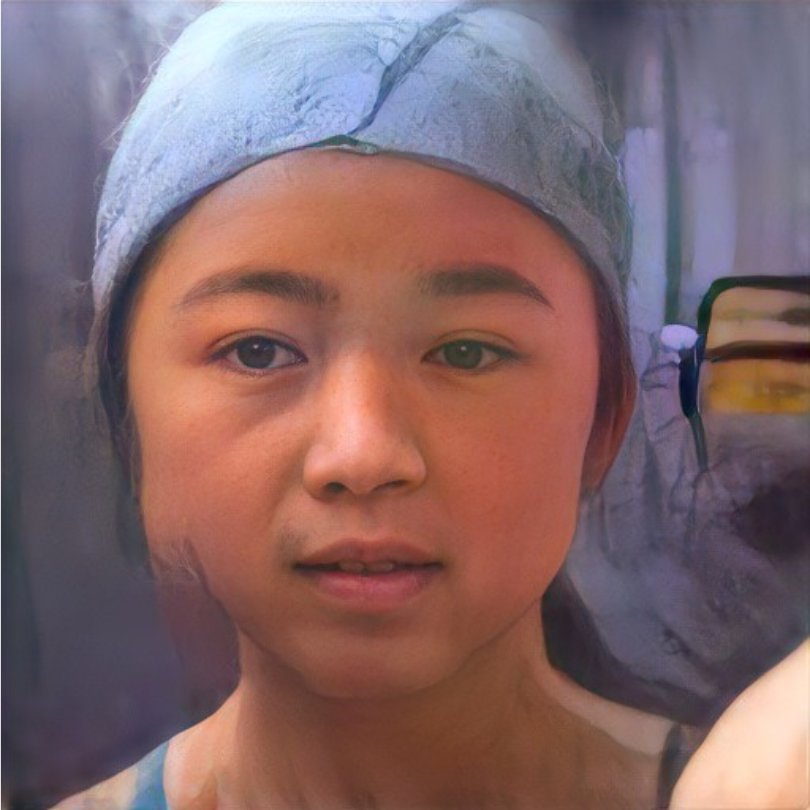 I had tested with an image with three faces but it only detected the one, could be because the colours etc.

Judging from the above photos, it appears to be considerably less difficult for Remini…strikingly so.

I’m not sure what the point comparing GigaPixel to Remini is as it is a smartphone App and GigaPixel is used to enlarge images.

I am confused…aren’t they both software code attempting to up-rez? I found the comparison to be very enlightening on what the expectations could be with significantly different results. Not even close, really.

I am just making a point that GixaPixel is primarily for upsizing images for which it has to improve the resolution as part of that process. It cannot

Remini has other uses such as blemish removal which it is better at then … say Topaz Clean. Something that GigaPixel cannot do. For example, GigaPixel just upsizes the blemishes: 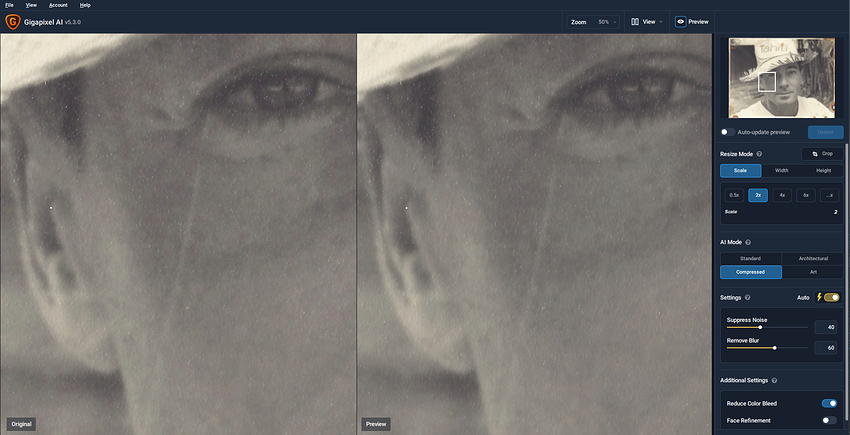 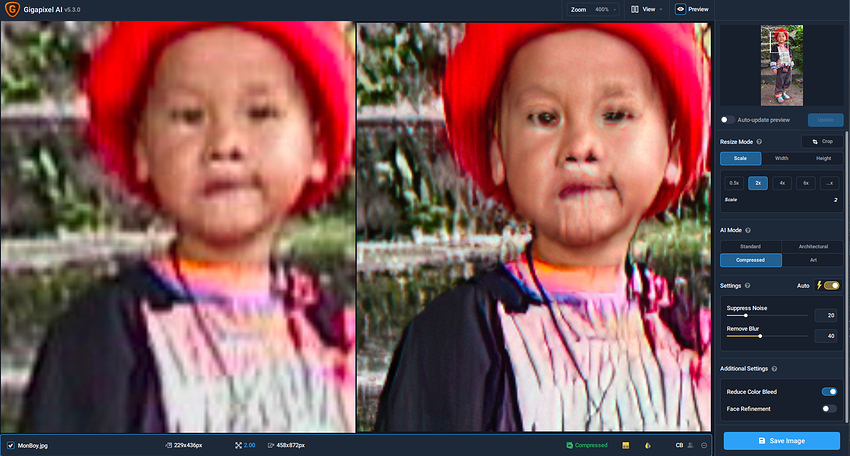 So what I am saying is both do a good job at what they are designed to do but they are as different as apples and oranges.

A huge thank you for the info about the app, and the samples. For someone trying to salvage a precious memory, this is gold. It’s not exactly smooth workflow, but you can always divert your workflow to your iPhone/iPad and run the software. Or maybe they’ll make it available on Apple’s new M1 chips (which can run developer-enabled iOS apps). The results above seem impressive for any device.

When results matter, it’s better to have a variety of tools.

Late to the party here, but Remini doesn’t ‘enhance’ anything. It has a database of facial bits and will then paste those bits in doing a wholesale replacement of the original, creating a (very well done) Frankenstein effect. Unfortunately, especially with small faces but even with larger ones, this means you will have features get altered.

I ran a test on my own face - with a full-sized facial portrait photo, mind you - and my eyes went from brown to green, it gave me different eyebrows, new ears, a nose job, and gave me an actual chin compared to the almost non-existent one I have now.

If you do not mind the knowledge that you just gave Grandma a mix of 7 strangers’ faces, go for it, but don’t mistake what you’re doing as a restoration.

It’d be akin to painting whatever random face you wanted to on a copy of the Mona Lisa and passing it off as the real deal.

Thank you for your reply.

Have you tried MyHeritage, it seem done better job than Remini App.

Here is another post related to upscale tiny face:

Which AI is the best at Upscale Tiny Face? Product Technical Support

Gigapixal AI is a excellent AI upscale software, one of the best on the market.

However, GAI is not perfect yet, it have a weakness on enlarging tiny human face.

I have a question for all of you, which software you tried have the best ability to upscale tiny face ?

Here is a example.

MyHeritage seems to do a better job, although I only tried a couple of images. Unfortunately, it puts its logo at the bottom of each shot. Maybe Topaz should buy the technology!

I took a screen capture of an Instagram photo using my Android phone and then applied Remini. There were three small faces in the photo and it sharpened the whole photo as well as the faces. The faces were amazing correct with no evidence of parts being pasted in. Unfortunately, the app is for IPhones and Android phones. You can run an Android emulator in Windows to use the app on a PC. I really think Topaz should explore licensing this tech to use in Gigapixel. They would have to re-write the code for Windows and Macs but it is astounding. The face shown here is enlarged about 10X. 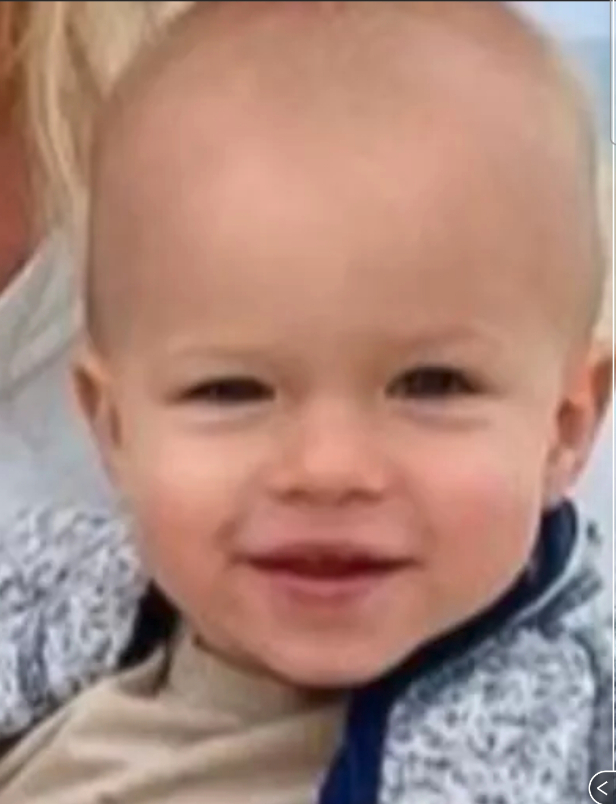 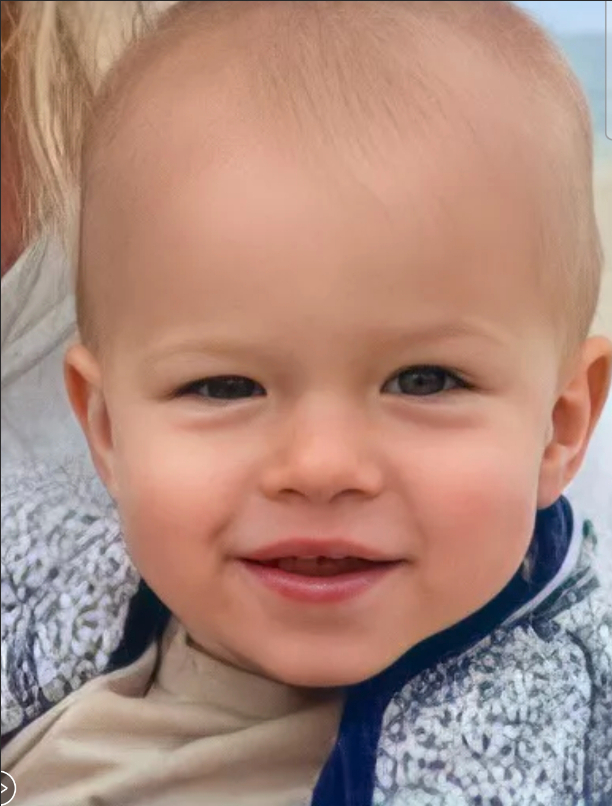 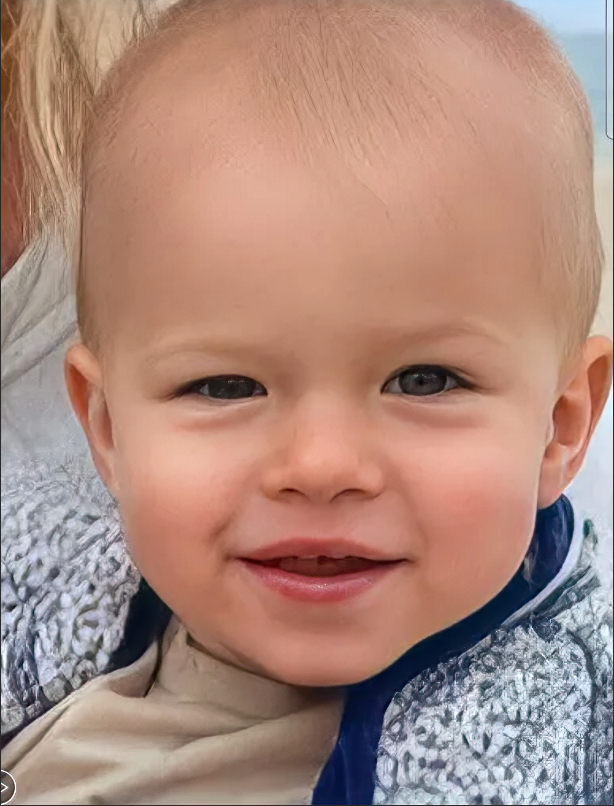 Additional note: Neither Gigapixel or Sharpen AI could improve the original photo. Both made it worse.

Does it work in cloud with questionable privacy practices or offline containing data locally?

Faces are only one part of the photo and thins kind of photos are in database since everyone uploads this photos now. But if you look at the shirt and pattern on the blue shirt, looks very problematic. Now try to use the same program with landscape and high frequency details of trees and grass? Or try it on less easy to find images, such as paintings with patterns or brush strokes. Try line art. Try hair details. Try fur. Try many scenarios. The front facing classical phone shot of someones face is the more frequently uploaded image online, do to smartphone photography. So naturally that is easiest to train. But the other stuff is important too, especially for professional work. So is privacy.

I don’t know if it can be processed locally but for such good results a cloud based system would be acceptable. I suspect it is using cloud based AI at present. I don’t think the shirt is problematic considering the starting point. Below is a clip using Gigapixel 6X enlargement starting from the whole original picture instead of just the baby’s face. It did a reasonable job but still soft.

I agree that other pictures need to be looked at but people’s faces are usually the weak point in Gigapixel. There could be a way of using Remini for faces (there is a button for face refinement now) while other parts of the photo use the present GP AI. 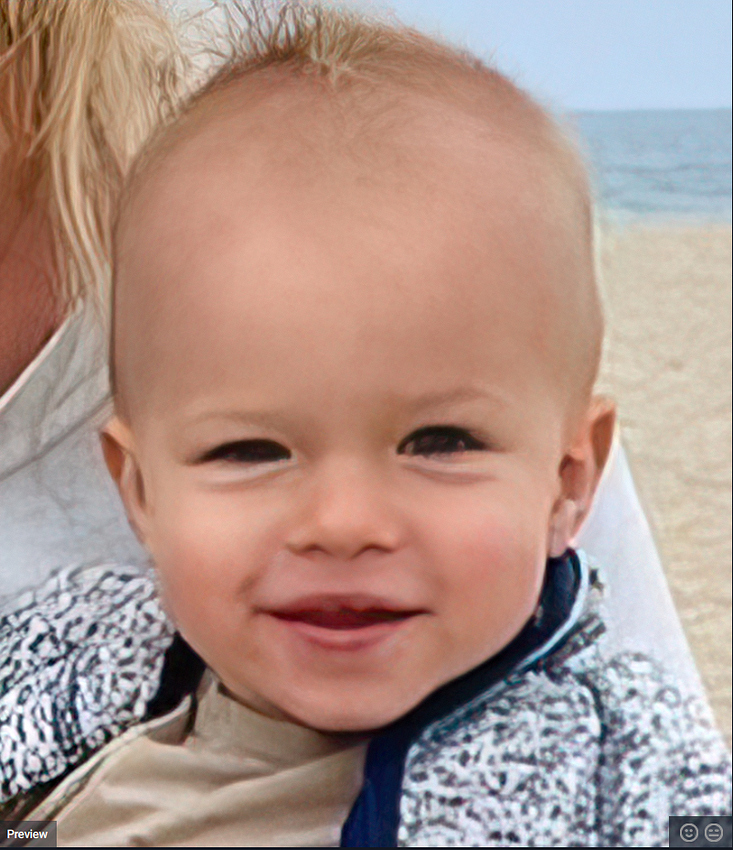 @lhkjacky I installed Bluestack and Remini on my Windows 10 PC. It is a stupid layout and I can’t find any way to load a picture from my PC into Remini. When using Enhance it only will allow me to used the camera to take a photo which I don’t want to do. Do you have any idea how to load a picture I already have saved in a folder?

I installed Bluestack and Remini on my Windows 10 PC. It is a stupid layout and I can’t find any way to load a picture from my PC into Remini. When using Enhance it only will allow me to used the camera to take a photo which I don’t want to do. Do you have any idea how to load a picture I already have saved in a folder?

I am not familiar with Bluestack, I have installed it once many years ago and it didn’t work very well on my computer at that time. Then I switched to NoxPlayer.
NoxPlayer is also very powerful and feature rich Android Emulator. I used it for several years and it works very well. However after using it a period of time, with more app installed, it take much longer time to startup and start used up lots of computer resource & disk space.

Recently, I am testing a very simple light weight Android Emulator, called MuMu Emulator. It is created by one of the big tech company called NetEase in China. The emulator don’t include Google stuffs by default, therefore it is extremely light weight and startup very fast, which is great for testing new app quickly.
In the case of MuMu Emulator, it create a share folder inside Windows Documents, all the image inside the share folder can be access by the Emulator.

"I don’t know if it can be processed locally but for such good results a cloud based system would be acceptable. I suspect it is using cloud based AI at present. I don’t think the shirt is problematic considering the starting point. "

Well I’m not ready to upload anything to cloud on another companies computers. For privacy reason and because that kind of business model puts the leverage way to much on the one side, leading to all kind of nasty behavior for the companies later down the line. It has happened in every situation.

As for the results. You say its acceptable, I find it not acceptable for anything other than casual non commercial social media experiment. The quality is no where near where it should be to have photograph quality, and if the goal is to make something look like it was processed by some filter, I would probably use different filters.

Output is relative to the input. And n this case it is a bit ambitious to try to take the image you started with and make it same or better at 6x enlargement. Even the original is pretty low quality , but 2x maybe you can get away with. But not 6x. That is way too much information to invent out of already not good starting point.

With high resolution, clean full of details file you might be able to enlarge it 6x in some cases, depending on what is in the image, but at the moment 2x is acceptable, everything above that tends to be either marketing or super low quality standards.

Isn’t this a sort of pointless conversation as Remini only tried to enhance faces and not enlarge as GigaPixel does? I don’t see any real improvement over the GigaPixel face enhancement.

The combination of Remini (BTW it does more than just enhance pictures) and Gigapixel is quite powerful. Remini produces a 2X picture which can then be brought into Gigapixel. I have only test three photos but it along with Gigapixel or Sharpen AI have produce very nice results where in some cases Gigapixel alone distorts faces. Below is a picture that I process in Remini then GP, on the left is the Remini output from a 480 x 640 px picture that is doubled. That’s all have to say. 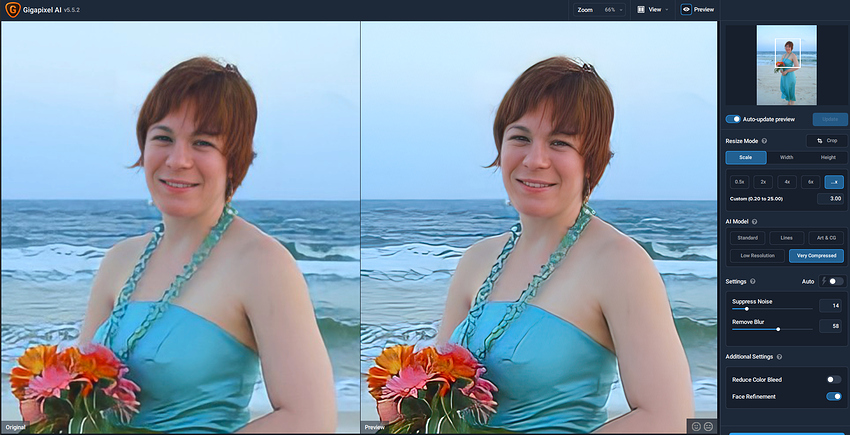 In some situation, I found MyHeritage restore face even better than Remini App.
You can upload photo to MyHeritage website and click “enhance photo”, it will output a 2x version with AI face enhancement. You can redo the same process a few times to get 4x , 8x, etc.

Here is some photo I tested before
Photo enhanced by MyHeritage: 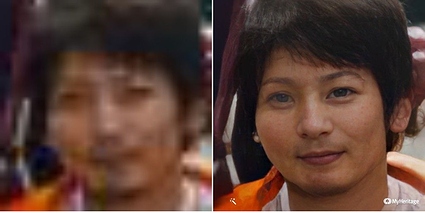 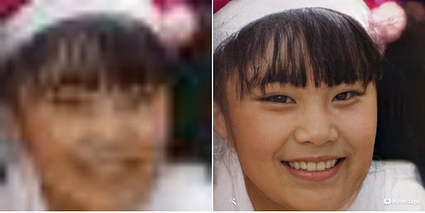