I have used Denoise and Sharpen with Process Lasso Pro without problem. But strangely not so with Gigapixel.

Process Lasso Pro version can latch up the application’s CPU priority and this is called performance mode. When you assign ‘induce performance mode’ to Denoise, for example, Denoise will always gobble CPU resource up in priority to any other process.

Denoise and Sharpen have no issue with this mode. But not so with Gigapixel. When I assigned ‘induce performance mode’ to Gigapixel, Gigapixel behaved strangely

In batch mode, it processed first image and then crash. Or when it did not crash, processed images were nonsense gibberish.

I can see why this happened. the Performance mode of Process Lasso does simply allocate more CPU resource to application and no more. Why this cause Gigapixel to crash is beyond me.

I use Process Lasso and don’t seem to be experiencing the issues you are facing, either processing with GPU or CPU and my version is as you see here, GigaPixel is v4.8.2: 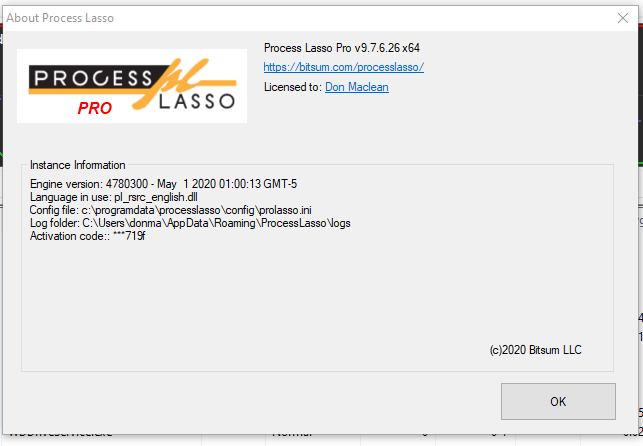 Essentially though it seems to be a Process Lasso issue on your PC, you can try by Excluding GigaPixel AI from the Pro Balance options.