First off, I know it’s a beta OS, so this is NOT a complaint. I just wanted to see if anyone else running the Ventura Beta might be having the same issue. I have another Mac I can use that’s not running a beta, so I’m fine to get my work done.

What’s weird is, the other render models work fine, but the Standard model does this weird stair stepping thing to any image I try it on. Again, I know it’s a beta, I just wanted to point this issue out in case no one had seen it yet. This is Gigapixel AI 6.1.0 running under MacOs 13 Beta 22A5295i on a 16" Mac Pro M1 Pro machine. 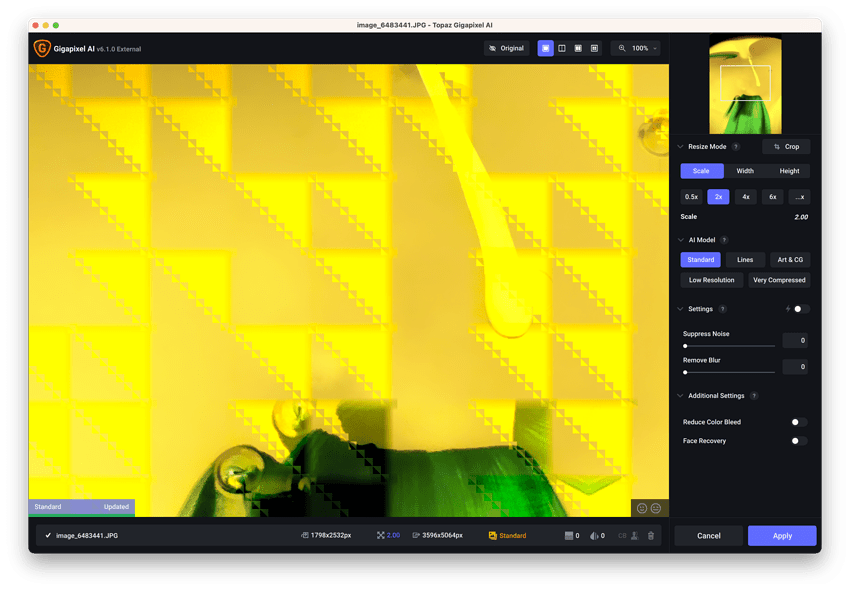 Same issue, all the beta and dev builds that I tried. Nothing you can do in the mean time, unfortunately. I’ve tried changing the plist file preferences in the Library directory. No luck.

You need to raise a support request at the main website as you are using an unsupported OS.