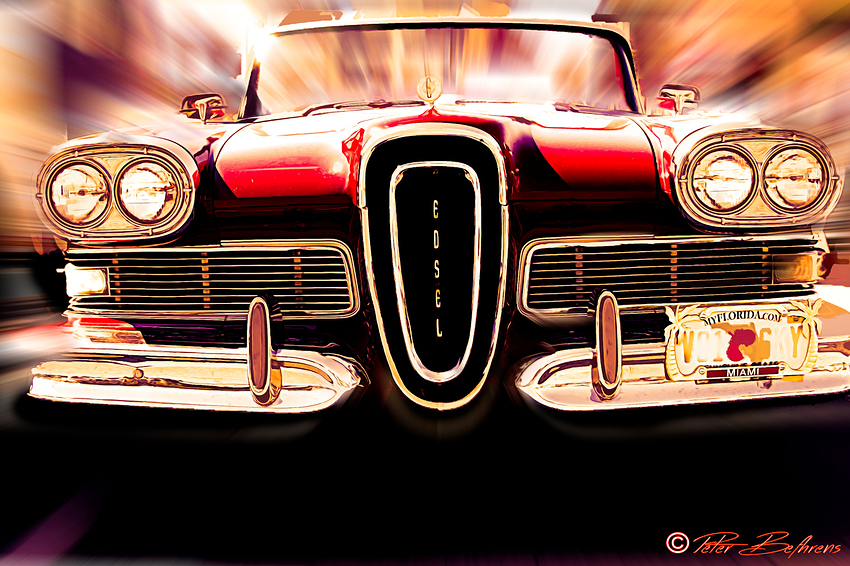 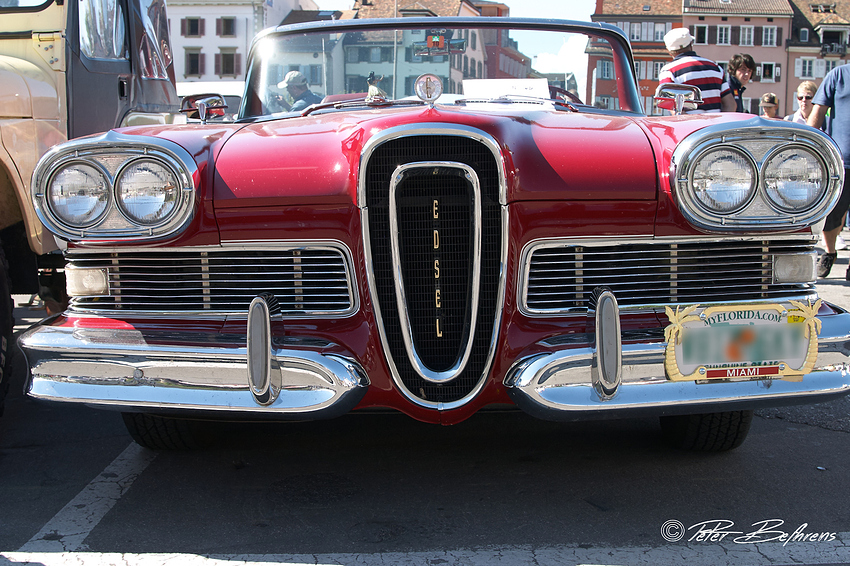 Good job on the edit . Did you by chance capture the whole car ? Quick history , Very few Edsels were made and were a total flop from design . The Edsel was named after Edsel Ford which at the time Edsel was the President of Ford motor company . Edsel Ford was son of founder Henry Ford that created the Ford motor company in 1910 I believe . The first cars Ford made were the Model T which history was started for the automobile . The Model T was the most famous car in the beginning cause it was more cheaper than competitors GM and Dodge . The Ford , GM , and Dodge were the cars that changed America !

Nice result… using the blur was one nice way of removing people, bldgs and other things in the background… if that is what you did?

Nice photograph! I remember the Edsel well, a very unpopular car that you didn’t see often. I like your processing, especially the use of the new motion blur. It’s a good way to obscure a busy background.

I would love to have one today, wonderful photo and edit

Hi Ron, I had a look. Unfortunately I did not take a shot of the whole car. The only other image I could find is here attached but I am not even sure if this is the same car. The color seems to be the same… 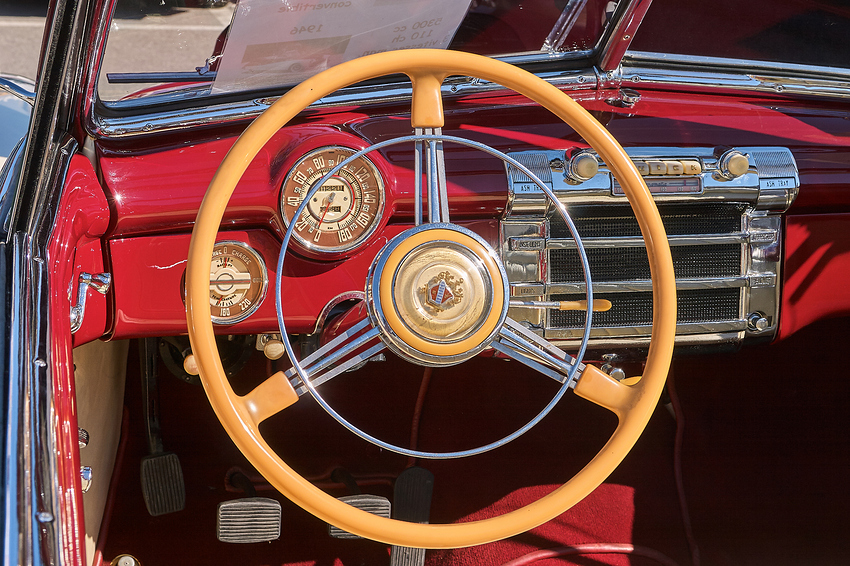 That is a nice shot, but if you look at the radio, it says Buick, and the steering wheel has the old Buick logo! 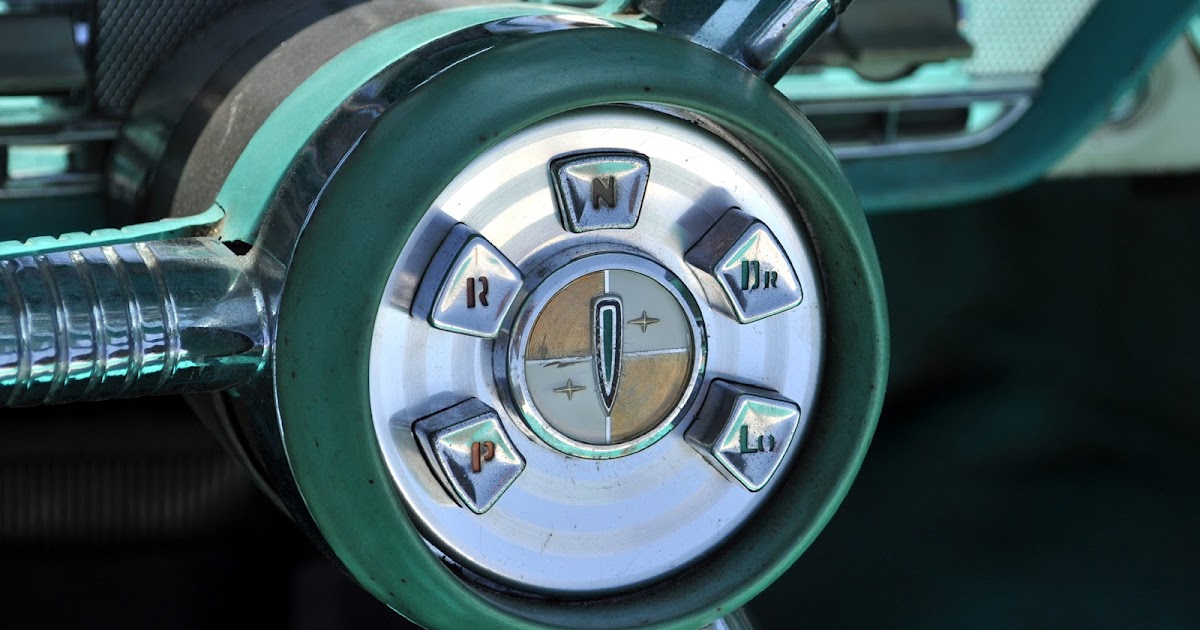 I was thinking of the same thing when I saw the image. Good catch on the Buick logo.