Dino Girl and Mr. Grog, a Portrait, with Something to Say

I sculpted, painted, ReMasked the parts; then, I combined them with my photo of model Lorinda H.

A JixiPix Moku Hanga version was created from the finished picture, for special applications. 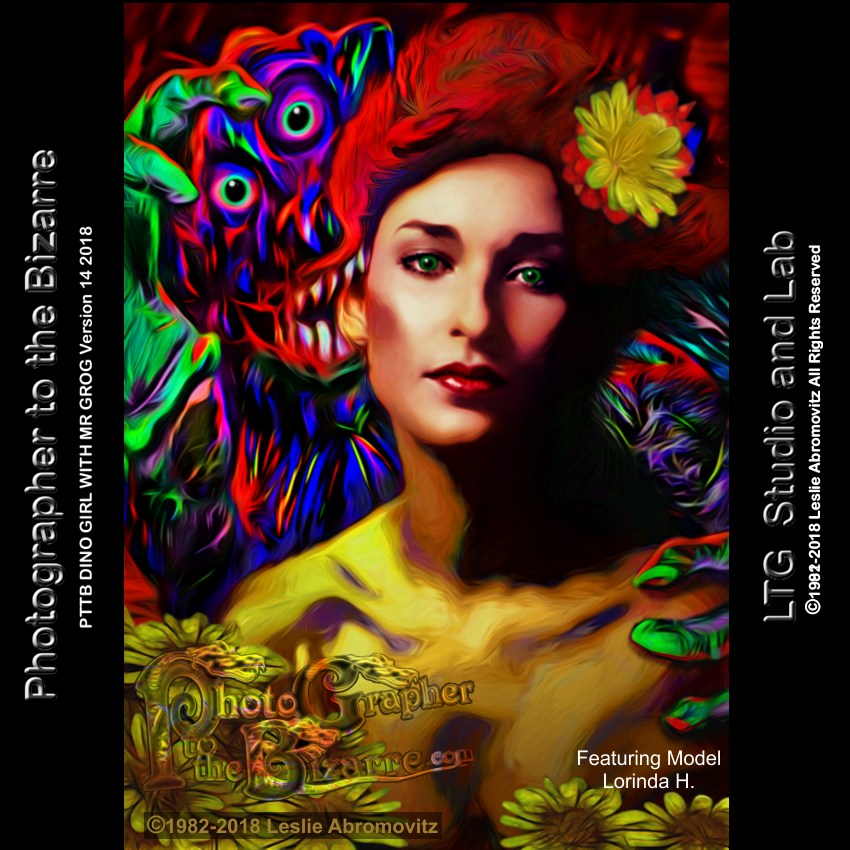 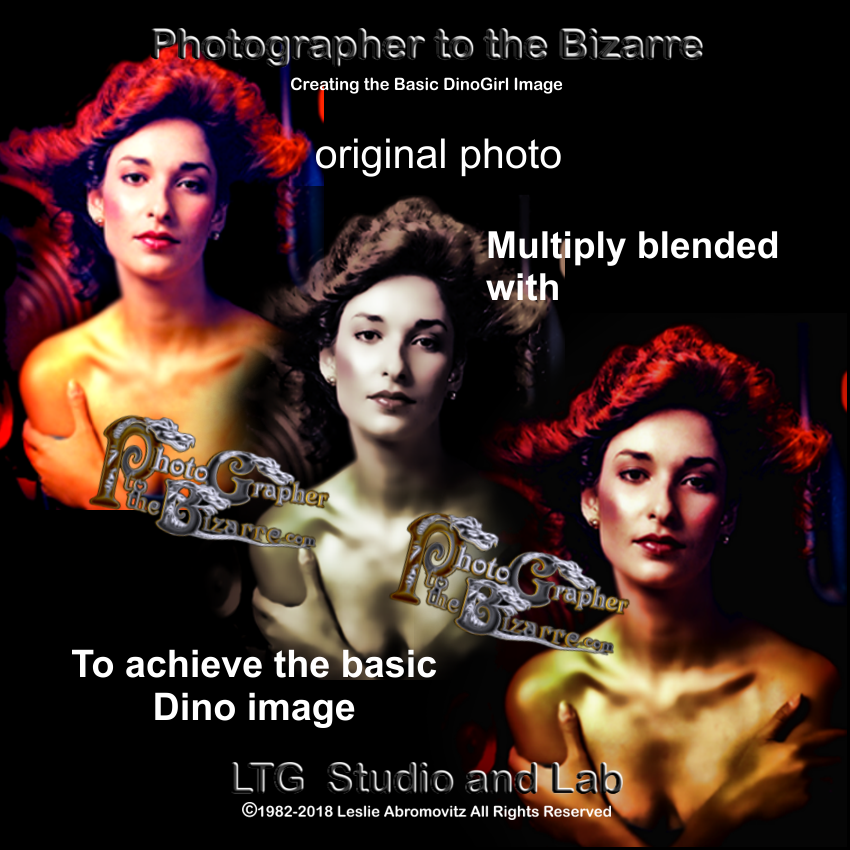 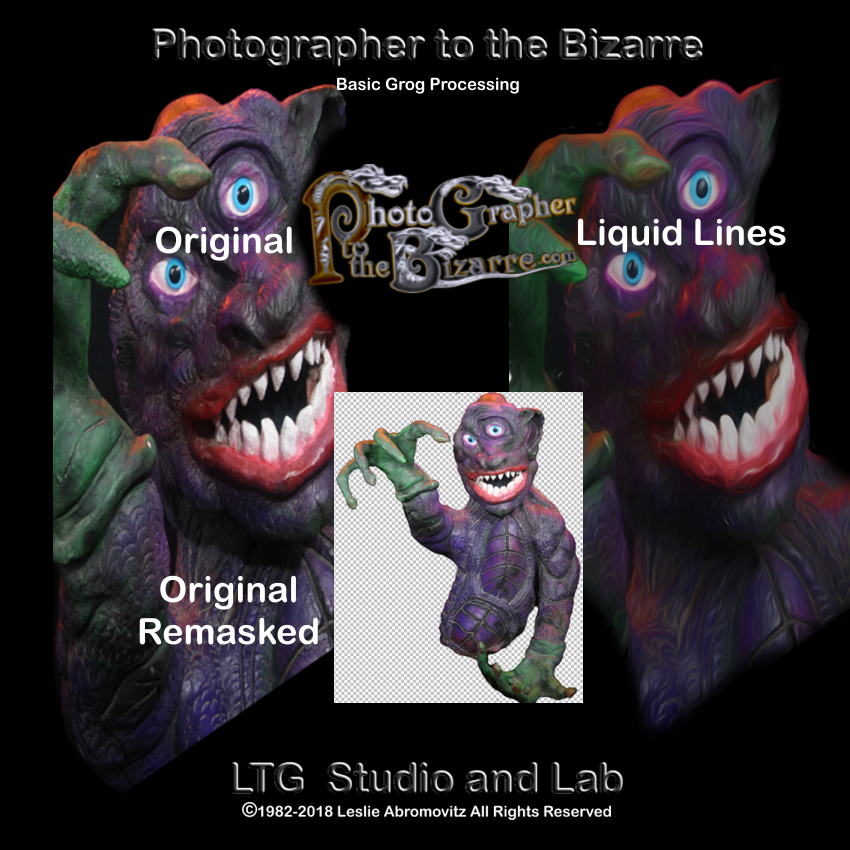 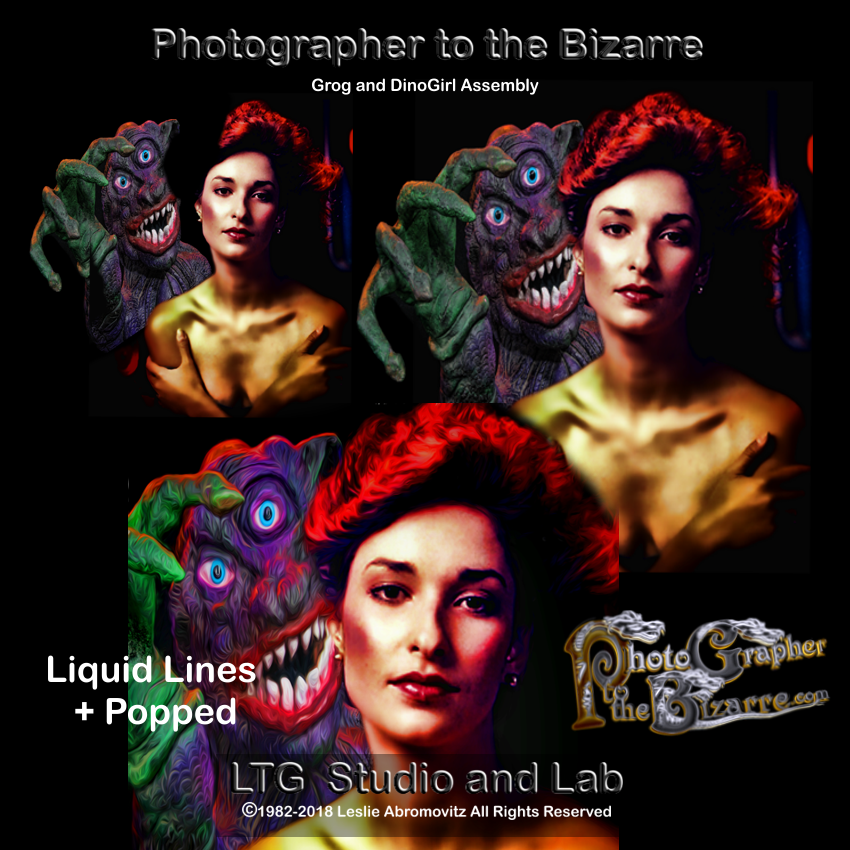 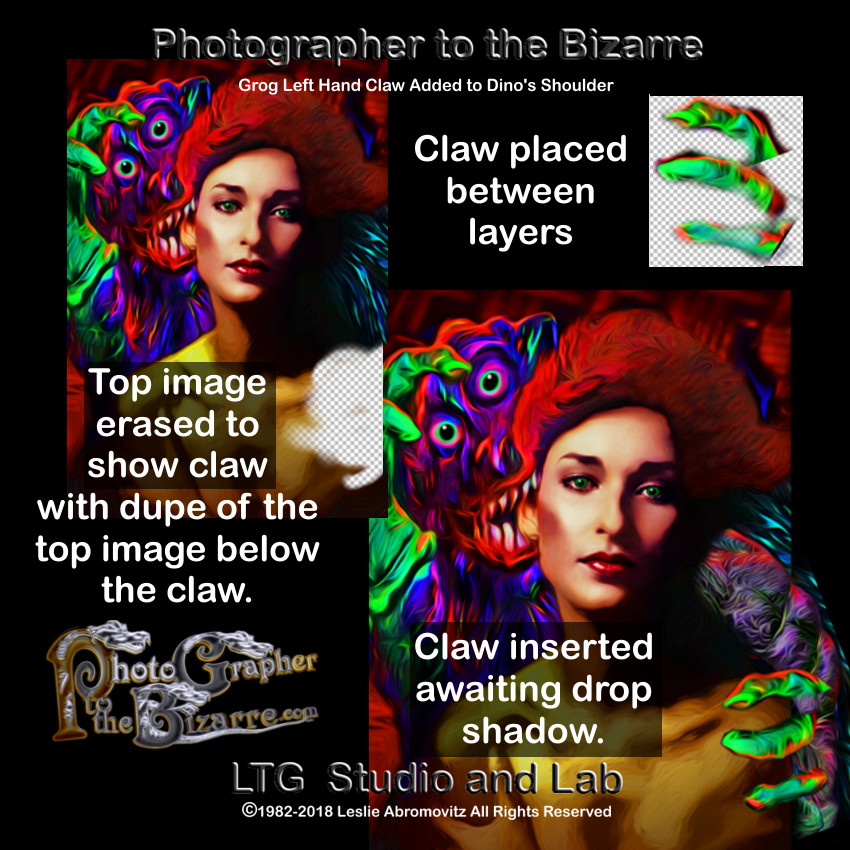 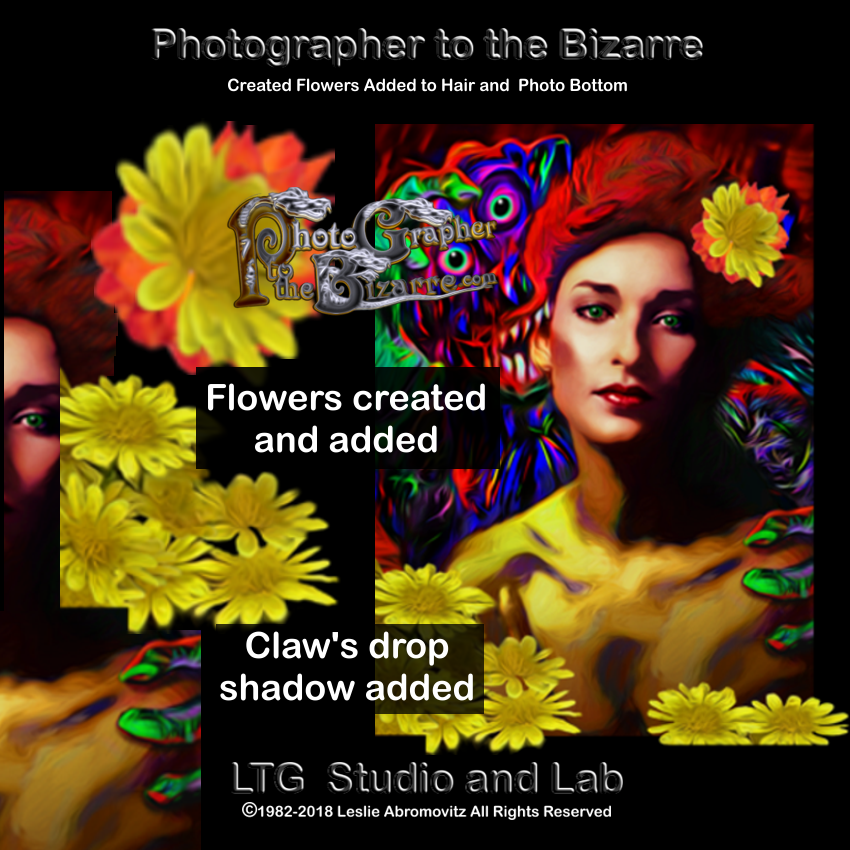 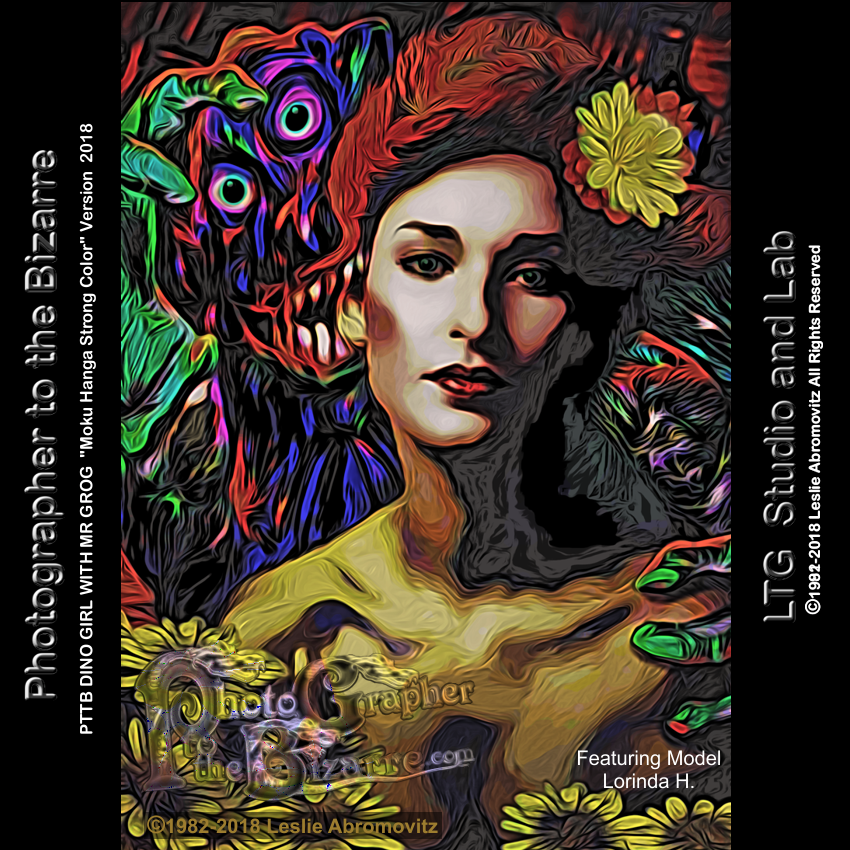 This Portrait Has Something to Say.

The colors are gorgeous…you did a great job this image.

Very creative work and very nice explanation of your process

Thanks Marty, my color is a throwback to way I balanced my prints in the darkroom, and it served as a buffer against the effects of print fading. Also, I found back when 56K modems were the fastest internet access you could get, this kind of color worked well to compensate for the necessary image size reduction needed for web design. I guess this why I like Topaz Adjust and Glow so much.

Thanks Kenneth, I appreciate the complement. I always hope that someone may find the process information at least interesting if not currently useful; however, one never knows when a piece of information may prove useful or to whom.