I recently upgraded my GPU from an nVidia GeForce GTX 750ti to an AMD Radeon 5700XT, and was surprised that suddenly Denoise AI gave much, well, noisier output than the preview. After some fiddling, I found that this was caused by the GPU. If I used CPU, it worked fine.

I contacted support, and was told, surprisingly, that “this product does not support AMD GPUs, we’re working on it”.

I understand that you can be support some platforms and not others, but there were no error messages, no indication that there was a problem, no warnings, no failures of any kind.

Use CPU until support is there for your GPU.

Cleary started on the technical requirements that you need a 5870 or greater.

Is it clear why the older, RX-570 card works (what I have), but the newer, higher-end card doesn’t? Not to me.

The 5870 was released back in 2009…it’s an ancient 2GB card. This is not the right comparison to be making…apples & oranges. The RX 5700-XT is a relatively new card. So, we’re muddling up our model names/numbers here. 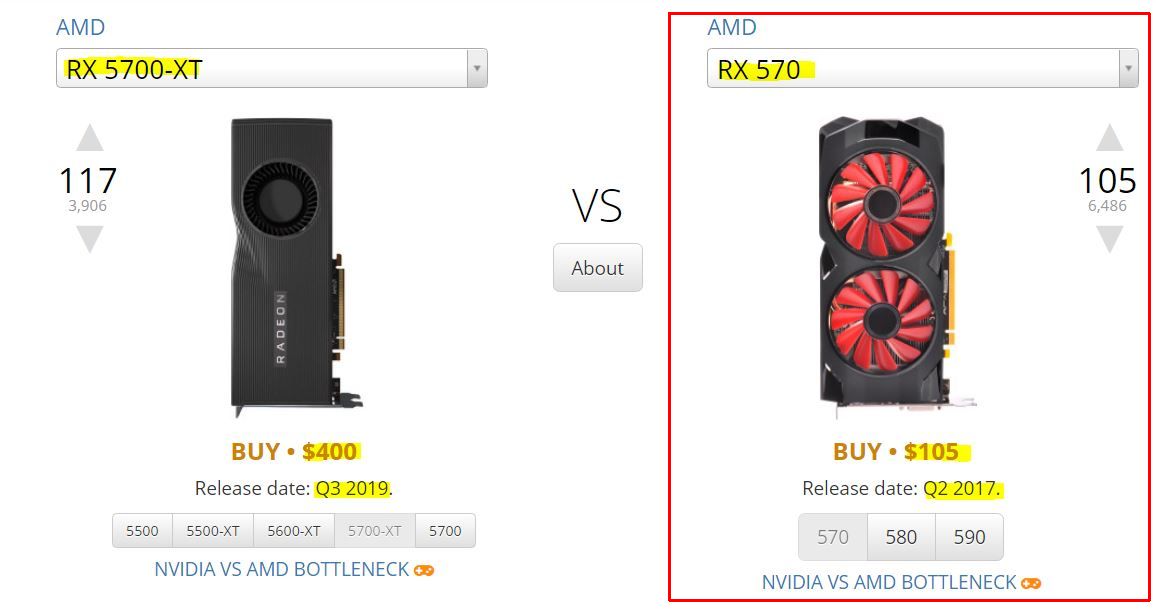 The 5870 was released back in 2009…it’s an ancient 2GB card. This is not the right comparison to be making…apples & oranges. The RX 5700-XT is a relatively new card. So, we’re muddling up our model names/numbers here.

Only going on the specs, according to that only 5870 and 580 or greater is supported.

In any case if it’s not supported, it should give a warning or error or something.

As you mentioned, if the code is not going to jive with any AMD card the devs need to put in a software check and not just let the app go off in the weeds. On the other hand, I can’t even get them to put in an auto-update check-box in the Prefs so I wouldn’t hold my breath.

Where have they been saying “I’m working on it” all the AI apps support AMD GPUs if they meet the minimum technical requirements … you can read that on the main website.