I’ve just installed DeNoise AI, and it will not open the RAW files from my Canon 6D Mark II. Well, it does, but I just get a pink blob.

There’s no mention that I can find as to whether DeNoise AI uses the LibRaw library. Does anyone know?

If that’s the case, I suspect Topaz is using LibRaw 0.17 (from 2015) like they are with Topaz Studio. It doesn’t support my RAW files either. That leaves anyone with a camera less than 4 years old likely out of luck as far as Topaz products go…

Firstly can you confirm that you are not using M-RAW or S-RAW and I will check what version of LibRAW is being used, I think 0.17, as I don’t believe DCRAW/LibRAW had 6D Mk 2 support until August 2017 the 0.19 release.

Presumably, all of the above mentioned cameras are not currently supported by Studio and DeNoise AI, except as a plugin from within another program that does. By the time you are inside something like Photoshop, you are already at a raster stage, so the recommended application of DeNoise to RAW files becomes moot.

I mentioned to Topaz when I was realizing that Studio was using v0.17, that it would be cool if the software was designed in such a way that the end user could update LibRaw on their own (at their own risk, obviously). That would help folks get by until official updates came out.

Anyway, it would be nice to see support added for newer cameras. It’s been frustrating trying to process my images since getting the 6D Mark II. I’d like to develop a workflow that didn’t involve converting everything do DNG. BTW, Windows 10 will directly support all of the above mentioned cameras by the end of the month with the next big update.

I mentioned to Topaz when I was realizing that Studio was using v0.17, that it would be cool if the software was designed in such a way that the end user could update LibRaw on their own (at their own risk, obviously). That would help folks get by until official updates came out.

I agree with you on this because I also have cameras that produce CR3 images but … there are only Adobe, Capture One and DxO that support this format even after 14+ months. It is a tragedy that RAW Demosaicing is left to a generalised application that is barely supported. Previously applications that purported to be RAW converters actually did it themselves with their own people and therefore kept the skills.

Unfortunately generalisation has become a standard in the area of RAW processing but it is an essential piece of the process because of the sheer dynamic range capture and, despite what anyone says, pseudo DNG’s generated from other formats just don’t cut it because they are simply a TIFF created from lossy format with a profile. It is no longer a priority except in the case of a handful of serious applications.

And, even though Adobe provide a DNG converter free, applications don’t really process them correctly. I believe that ACD Systems tried to convert unsupported RAWs using the DNG Converter command line processing but failed because they didn’t know beforehand if the RAWs were supported.

This may not have been as much of an issue when they were essentially just making “Plugins”. But Topaz seem to be looking to become a complete processing platform with the Topaz Studio direction and phasing out their standalone plugins. To be taken seriously, regular updates to camera models is essential.

At the very least, some sort of indication as to when (whether?) updates to the LibRaw being used will happen.

As you mentioned, AiDon, by leaving RAW processing development in the hands of a third-party, they are at their mercy as far as how quickly updates come out. But once a stable release comes out, Topaz should be all over it.

Even the much-maligned Corel AfterShot Pro has regular camera models added. All of the models I mentioned previously as supported on a model-by-model basis. 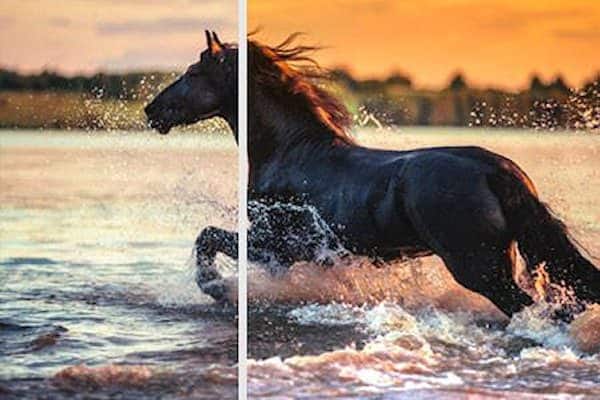 Welcome to the AfterShot Pro downloads page, where you can browse, preview and download free and paid presets, plugins and camera profiles.

I have had an answer that they are on v0.19 of LibRAW so you should be able to open the 6D Mark 2 RAW images so it would be best to raise a support request on the Topaz Labs support page.

I downloaded and checked a 6D Mk 2 image, supposedly supported, but I get the same as you so a support request is the next option as it is an officially supported camera. 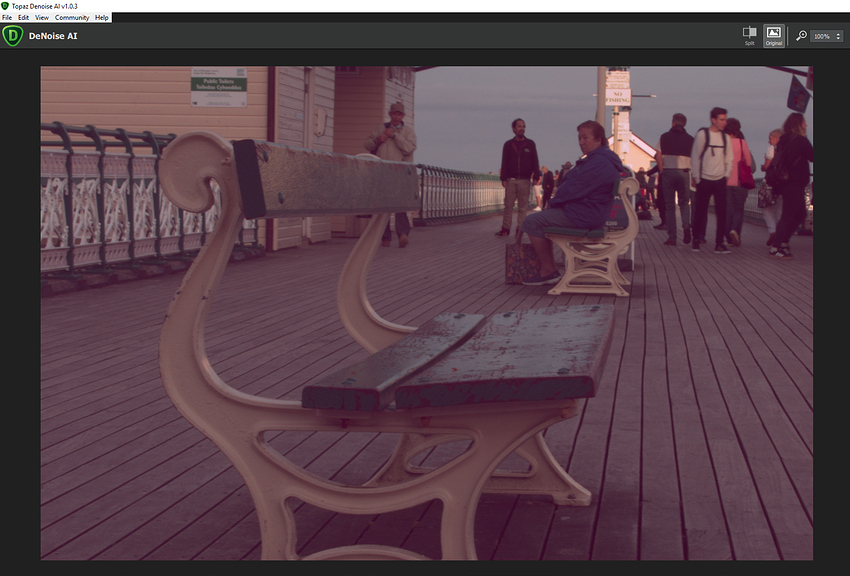 Just to circle back, I got a response today from support. Apparently DeNoise AI doesn’t support RAW files. That being said, I’ve successfully opened DNG and .CR2 from an older camera. But officially it is not supported. I’m told they’re working on it.

I checked out the info on DeNoise AI, and found this in the FAQ:

Strange- I can open RAW files from two different cameras in Denoise AI without any problems or color distortions.

They are working on getting the conversions correct, so you will be able to open most but still not supported.

I am also having the same issue with .CR2 files. Any updates if they are any closer to fixing this or supporting it? Wish that would have been a bit more clear before I purchased it.

Its a known issue and in the works.