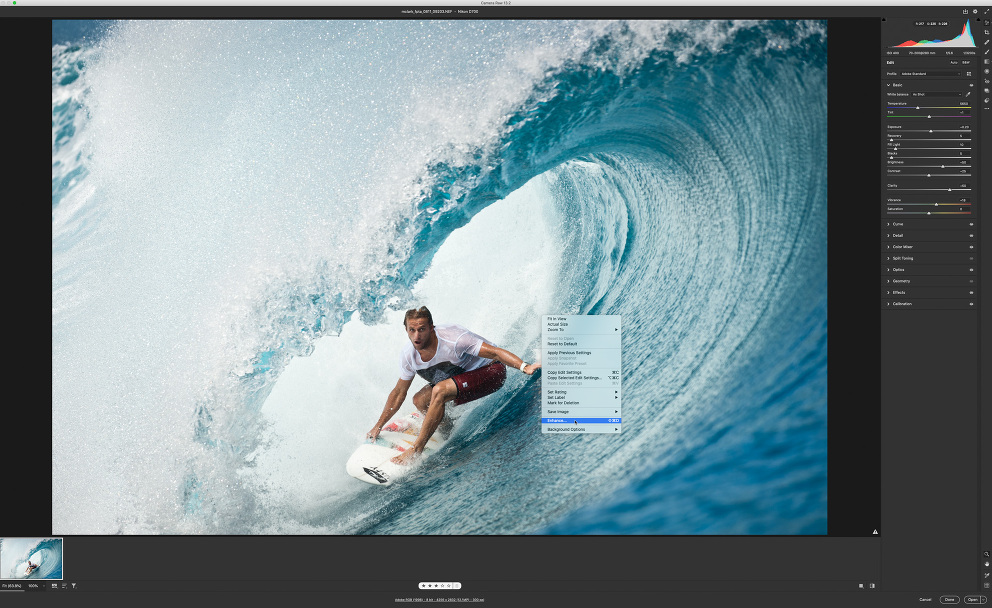 Today, March 10, 2021, Adobe dropped its latest software updates via the Creative Cloud and among those updates is a new feature in Adobe Camera Raw (ACR) called “Super Resolution.” You can mark this day down as a major shift in the photo industry. I...

Tried. The output is a pretty piece of junk compared to Topaz. No adjustments and preview. Dev/null.

It would be great if someone could share some comparison image between PS SR vs GP AI.

In the DIY photography & PetaPixel article, it mentions

Kudos to the folks at Adobe for creating a truly revolutionary addition to Photoshop. I have tried some of the Topaz AI software options, like Topaz Gigapixel AI, but I have not seen it work this well.

As a (very) long term user of Topaz plugins I obviously was hugely disappointed with the move to subscription and the abandonment of lifetime support. Perhaps this was inevitable but the constant nagging screens to take up a subscription add insult to injury.

Following the release of Gigapixel AI (which I helped beta test) I was surprised at the rather high pricing? While this plugin works well it would rarely be used so would be a considered purchase for anyone apart from those with a project in mind. This excessive pricing is further exacerbated by other softwares becoming cheaper.

Now Adobe have released their Enhance feature (which contrary to what others above are suspiciously reporting) the value of Gigapixel AI is further in question.

Gigapixel AI and Jpeg2raw AI are both overpriced and even at half price are more costly than a whole Photoshop matching editor like Affinity Photo? This makes no sense.

Time for the CEO to put business practicalities before Topaz further fades into being beta-maxed. This would be a real shame as I love some of the older plugins and Denoise AI works well if a little crude and clumsy (why can sharpening NOT be turned off?).