After basic image adjustments added Restyle colouring- ‘Roti and Soya bean’.
Used two versions of the same Impression settings that used the circular brush stroke. They were two different stages of ‘painting progress’. One generated the large rougher stokes and the other was more finished. Then used image layer blending masks to bring out the marks I wanted from each. Mostly I wanted the rougher marks more in the background and more worked ones for the figure.
Into Corel Painter for a few minor brush strokes to suggest some edges that had been lost, and added Surface Texture, Back to Topaz for a digital frame and signature. 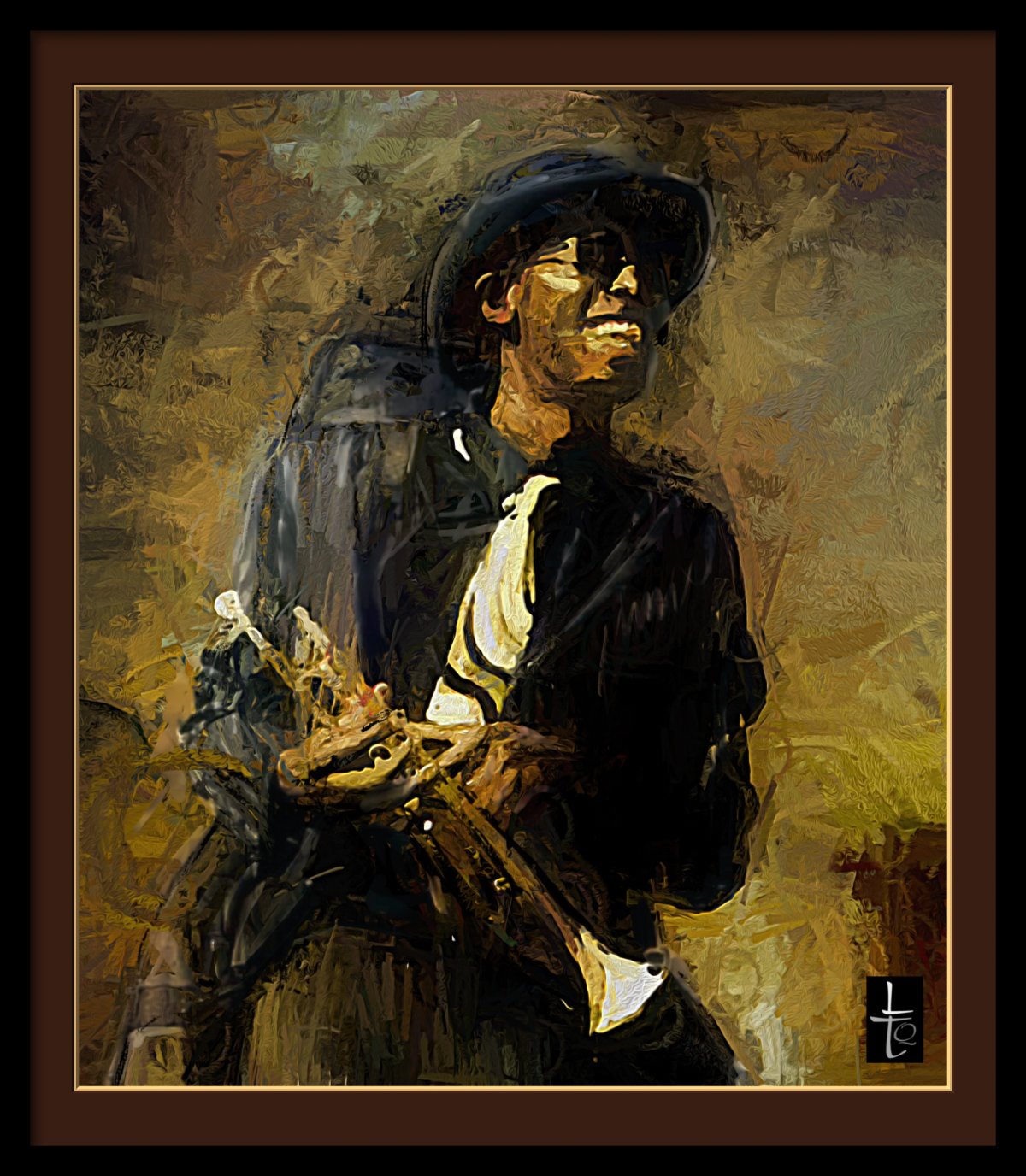 very cool work, and thanks for your description of your process

Glad you enjoyed it!

Wonderful job and very nice description of what you did.

Thanks for the appreciation and hope the description inspires direction for you too.