Hi. I am evaluating A.I. Gigapixel, and the first image I tried was a 1280x720 PNG file (a render of a 3D Model) which contains no background (i.e. transparent – it has an alpha channel or mask). While the object itself looked pretty good for a 200% enlargement, there is a distinct halo around the object now which makes it problematic for compositing. It probably can be fixed, but not without finessing it in After Effects and/or Photoshop.

This is key, as I would mostly be using this to take advantage of faster render times for 3D animation. If I have to do an extra step of removing this halo/edge for every frame, it kind of defeats the purpose. Is there a setting I’m missing perhaps?

Also, is there a limit to the number of images you can batch at one time?

Please raise a support request at the Need Help link above and provide examples so the developers can see the haloing.

Edit: Oh yeah … was going to do that originally, but doesn’t fit under Studio or Plugin. Which should I choose? Just do an email?

Just choose Studio and after selecting technical support for Studio Only, select N/A for Host Editor used and then select A.I. Gigapixel from under Topaz Standalone Used: 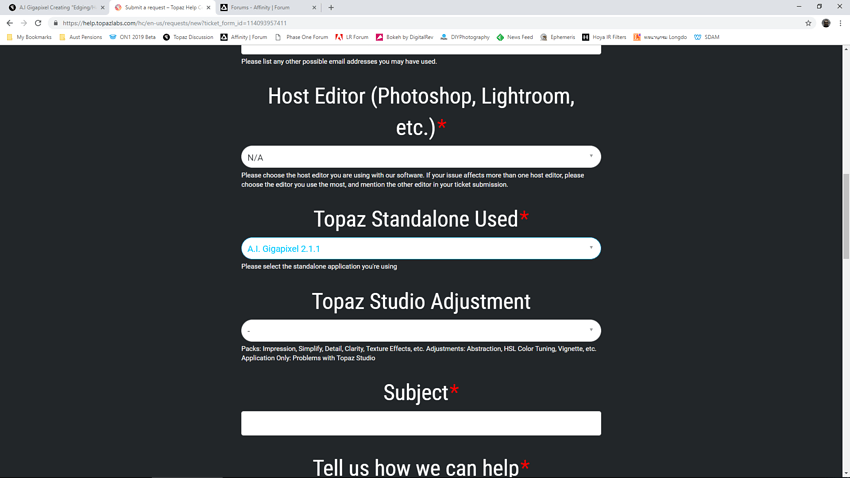 I am having the same issue with A.I. Gigapixel. Up-resing a .tiff image with transparent background results in a good image BUT with a white and black halo surrounding entire silhouette. The screenshot shows a 3d render at 200% >> 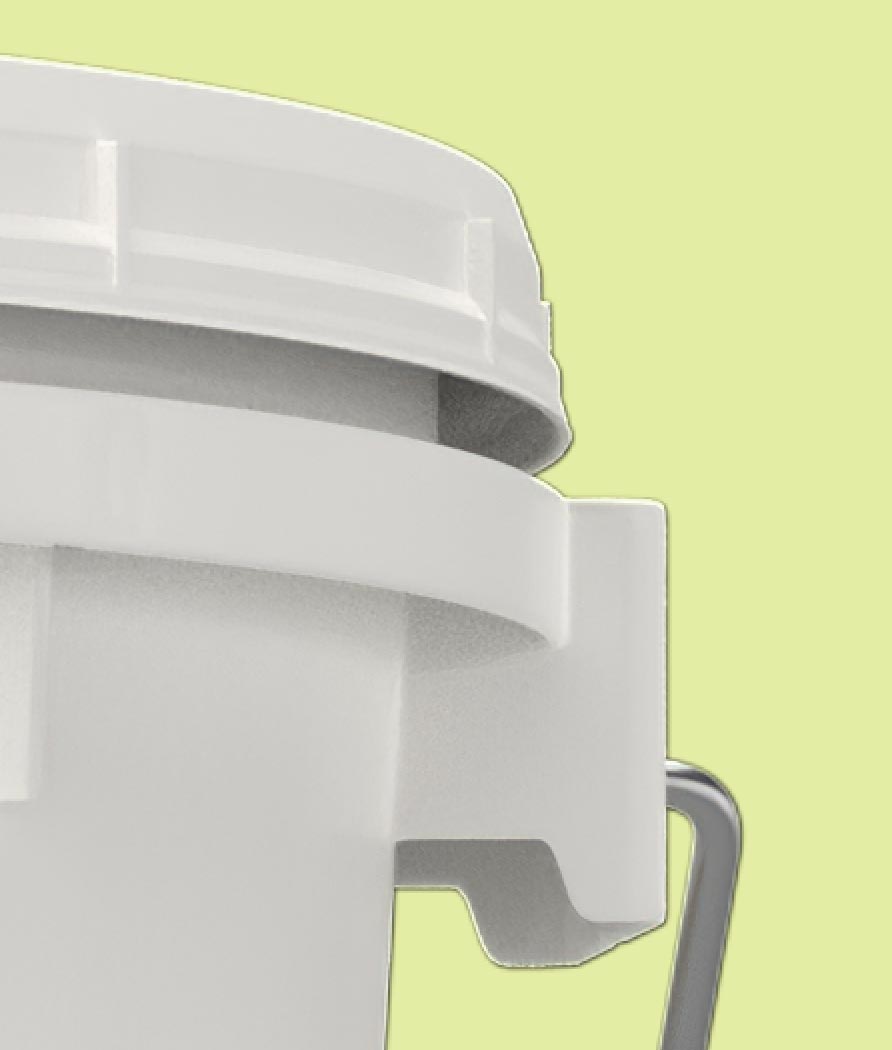 Gigapixel-Halo.jpg892×1050 30.4 KB
Does anyone have any solutions (aside from obvious masking the halo away)?
Do I need to report this to support as well?

Thanks in advance.
–Sheldon.

Do I need to report this to support as well?

The more examples the better the devs will be able to assess the problem.

Have to say, I am very suprised (and if I’m blunt, disheartened) that something this intergral (and common – alpha channels) was not vetted when being developed for a such a major release. I guess if your market was home users uprezing photos, it’s fine. But I got the distinct impression this was intended for professionals as well.

It isn’t my market, I’m just a moderator … All software has issues at some point in time.

And there are workarounds that you can use whilst the issue is investigated.

I have sent an email using the link above as you mentioned.

Let us know what you find out. I could not send the one I was talkng about as the work was under an NDA, and I just never got around to rendering something else out. Thanks for submitting yours though.

This was the response I got >>
Thanks Sheldon; unfortunately there’s currently no setting to control this. However, we are training additional models for AI Gigapixel that has a good chance of fixing this in the future. This update should come within a few months.

So lets cross our fingers.

Thanks for the update, Sheldon. That’s a shame, but pretty much what I was expecting. While there are many applications to this tech, 3d animation renders would be one of the areas that benefit most, since you could drastically reduce render times. Unfortunately, they are almost always rendered with an alpha channel for obvious reasons.

It MAY be possible and worthwhile, in the meantime, to try and create a batch action or possibly an effect in AE (like a simple mattte choker). I’ll have to experiment whenever I get some free time. It just depends how uniform and/or intrusive the halo is.

Unfrotuantely, you really can’t remove this without effecting the quality of your image (even with very fine adjustments.) You are either softening it too much or cutting away too much and losing fine details of your renders. Just tried the latest update, and (not that I expected it, as they a said months) still a no-go for alpha-channel images.

I run in the same issue - I tried to upscale renderings. It looks like the problem is that the alpha channel isn’t AI upscaled, only poor upscaled.

Here an example where I used a black image where the image information is in the alpha only.

@timoteo I found a workaround - I extract the alpha channel per free image browser XnView and saved it to a separate file. From the original image I removed the alpha. Now I AI upscaled both images and combine it later again. So I got an upscaled version with sharp edges.
Side note: to get no artefacts at the edges it’s good to choose an useful color as background during the step of removing the alpha. Best would be to use an grown version of the original. One way I found is placing some copies of a blurred version in the background before removing the alpha.

I hope AI Gigapixel will automatic handle this issue and provide the full quality. My workaround shows it’s quite easy possible.

Here an example of my workaround that I posted at the support side. 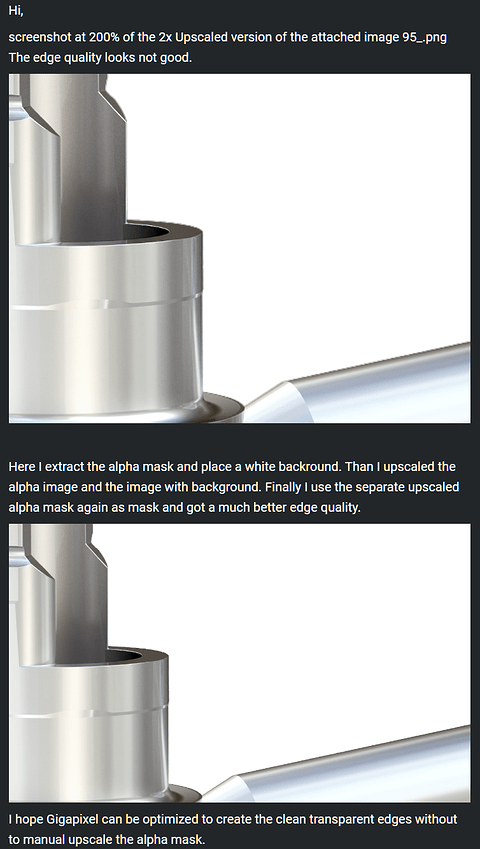 Is there a chance to get an answer here? Or better a solution at Gigapixel?

At some point this problem was fixed and remained fixed for quite a while.
I see in version 6 which I just upgraded to, if you send a layer with a transparent background to Gigapixel AI, the result is flattened onto white which is unfortunate as well.

Does anyone know if I just missed something within Gigapixel AI?

I can work with making masks or channels something prior to enlargement, but that’s an extra step in I don’t want - especially if I’m working on some kind of composite that is still evolving.