I am doing a alot high end art / pro work mainly using Topaz Studio Tools and GigiPixel - but need more speed. And willing to pay for it. What would you recommend is it a CPU, GPU, ram, ssd issue to substantially speed up my work (more a lot of 1000x1000 ish video frames batched as stills then gigipixled than put back into video) .

Not the fastest but quite high end. Will buying the best ( say $5000 rig) make it really any better. If it is GPU, I would buy a 3090, Does the CPU matter - should I keep my current setup and buy/add a 3090 and more RAM? Someone give me their dream specs for Topaz work.

seriously … the idea is more speed not less.

Oddly enough, an SSD really speeds up
a system which seems a tad slow with
an HDD!

As the Topaz AI apps heavily leverage the GPU, wouldn’t one expect that boosting the GPU power would give you the most bang for your buck? (particularly, considering your base system is more than adequate). 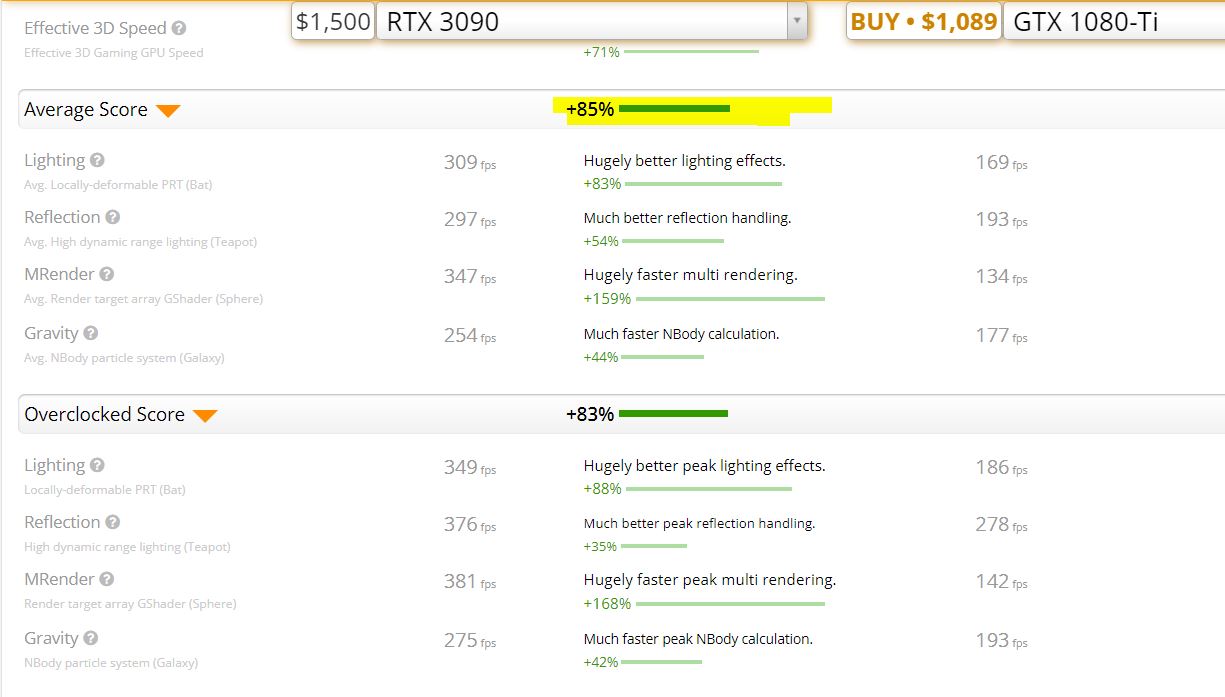 When the AI Dawn hit us - I splurged on a top-spec PC.
I have the nVidia GeForce RTX 2070 with an AMD Ryzen 7
2700X 8-core CPU. And yes, it takes seconds rather than
minutes to do most my Topaz stuff ('cept VEAI).

It would support your theory of more bang for your buck!
(2 x SSD, and 64Gb RAM to boot)

When I upgraded the outboard GPU, the reduction in processing time was night/day. And my base system is only a Ryzen-3 with 16GB Ram, w/ 2-SSD, & RX570 (4 GB/VRAM) which is far below the two systems under discussion. So, I agree.

Topaz was memory capped by 16GB for sure. I upgraded to 32GB and memory usage (overall on my system) actually dropped to 14GB while running Topaz. funny that.

I can’t say how much faster a 3090 would compare to a 3080, but I can say that Topaz doesn’t fully utilize my 3080. It’s significantly faster for me to split a movie into 2 pieces and recombine afterwards. My 3080 can easily handle 2 or more Topaz (I’ve done as many as 3) processes running even with the settings all maxed out on all 3 instances. It’s kind of sad that Topaz doesn’t do that splitting up for me.

MSI Afterburner (no overclocking, I just use it monitor since Task Manager shows my GPU usage at a mere 10%) reports my GPU usage at 50 to 83%. I have 20 cpu threads reporting. And many of them are at 5% or so. My overall CPU usage has been at a max of 34% but looks like it’s mostly around 15%.