Which GPU Are You Using with Which Topaz Products?

And, how do you find that processor of yours working for you? Does it crash regularly (or, not)? If so, with which Topaz products does it work well/badly?

Do you find it slow to process your images (what do you consider slow)? Does it seem to work more slowly with some Topaz products than others? Which ones?

Oh, and if you respond, perhaps would be good to mention make/model and OS you’re using the processor with…

Could be interesting to hear who’s using what!

OK - first a disclaimer. I had my PC rebuilt two weeks ago so cannot talk with any real confidence yet about current performance levels.

When Studio was launched I had 16 GB RAM and 1GB onboard graphics. I had terrible trouble just browsing Studio particularly when in Impression and (I think) Glow to the extent that Studio would crash. So I added a 2GB graphics card and everything ran fine.

Then AI Gigapixel came out and upped the requirements. No real problem until Sharpen AI at which point it was just painfully slow. So I upgraded to a 6GB graphics card (trying to get one step ahead this time!!). No problems after that until quite recently when at random times my PC would reboot - but always when running Topaz apps. Suspecting it was more likely to be a problem with my ageing PC (it was rebuilt five years ago) than with Topaz I decided it was time to renew it, hence the recent rebuild.

Current specs (note new version which appears to have launched since I started writing this):
Application & Version: Topaz Studio 2 Version 2.0.11

No problems at all using any Topaz app over the last two weeks and everything runs quickly.

I’ve been running a GTX 1050 with 2GB video RAM for more than a year with no problems on any Topaz software. However, I was having general problems of running out of CPU memory and would sometimes have to close one thing to open another. But those issues are gone now that I’ve upgraded from 8GB to 32GB CPU memory.

I had my PC rebuilt two weeks ago

Lucky you! Thx for the types of info you shared. It’s very helpful to know!!

That’s a big jump. It’s helping to hear how other users Adjust (see what I did there…) to improve performance and how the tail seems to be wagging the processor/computing power dog - as it were.

Thx for writing in!

All Topaz apps seem to have adequate HW resources since I updated to these specs May-19 and processing wait times are very reasonable. In general, the more VRAM the better. 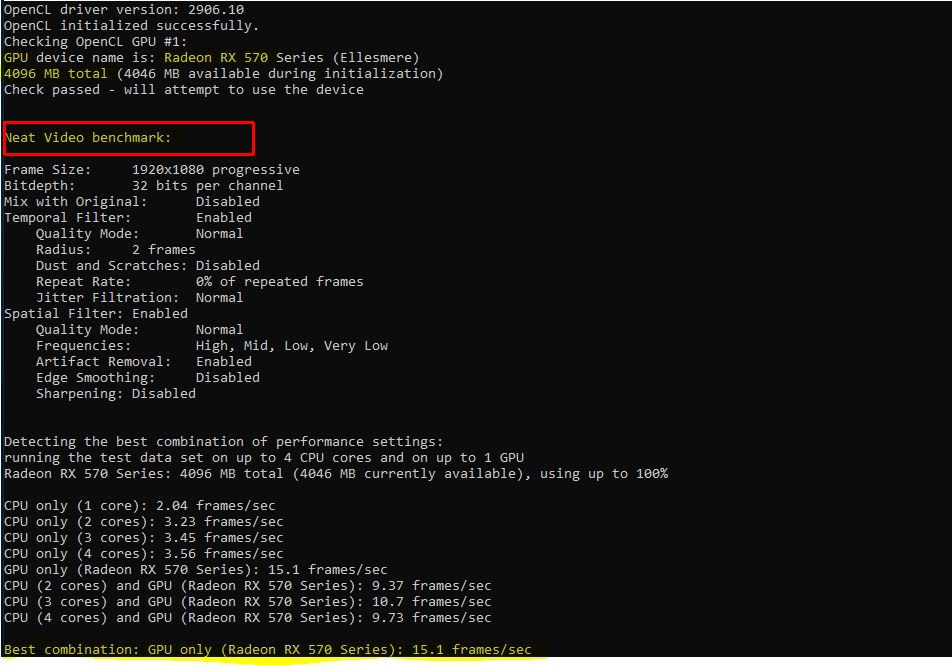 No trouble here using any of the Topaz products. I have each of them set up to run using High memory consumption on the GPU, and to run in the Foreground. The GTX 980 may be a couple of generations old now, but it was top of the line in it’s day, and still outperforms much of the lower-middle end of the current cards.

GTX 980 is still in the Fourth Tier

I also use Wagnard’s Intelligent Standby List Cleaner to automatically trim my Win 10 Standby Memory whenever the system Free Memory drops below 1024 MB.

Your Neat Video Benchmark App in an interesting little tool. My system (described above) recorded a score of 19.1 frames/sec.

I updated to these specs May-19 and processing wait times are very reasonable. In general, the more VRAM the better.

Okay, I finally had a chance to run the Benchmark app. If I did it correctly, this is what resulted…

The GPU only score is about 25%. And while the combo CPU/GPU is higher that is based on what the Neat application uses (or can use). Topaz prefs have the binary (CPU or GPU) setting so it’s not clear if the combo score is relevant. You might have to consult with TL support more in depth. But, this could be a source of any non-optimal performance. Fortunately, it’s a relatively easy fix…it will just cost $100-$200 [for a more robust GPU].

consult with TL support more in depth. But, this could be a source of any non-optimal performance. Fortunately, it’s a relatively easy fix…it will just cost $100-$200.

I should chk with TL… I never use Sharpen AI b/c of how slow it is for me.

I looked at Amazon and Newegg and saw options in the $122-149 range. I definitely don’t need high-end gaming features.

I’ll investigate more… Thx. I assume it’s a straightforward card swap that I can handle. Will have to chk that too.

Well, Topaz Labs made me build a new computer!

The new system has no trouble keeping up with any of the AI products. You really have to throw some hardware at it. BTW, I’m not a gamer (unless you call post processing gaming) so I don’t need a high end GPU.

You really have to throw some hardware at it. BTW, I’m not a gamer (unless you call post processing gaming

The way I do it I think it is sometimes “gaming” the system of “straight” photography… But I’m with you wrt practices (and typical gaming is not one of them…).

Thx for the info! 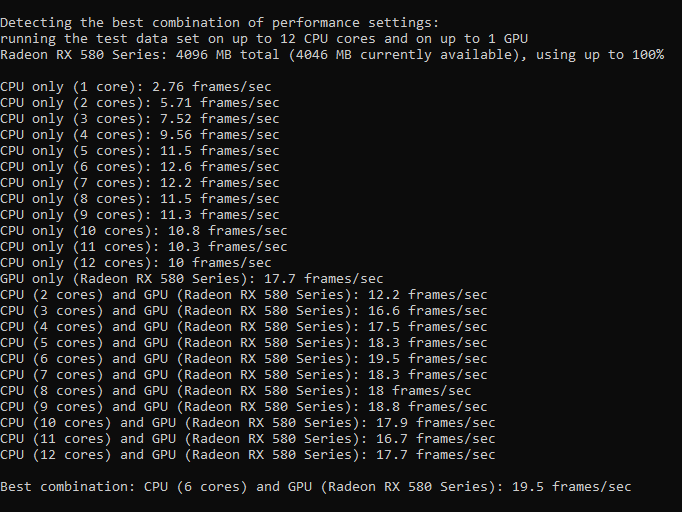 I looked at Amazon and Newegg and saw options in the $122-149 range. I definitely don’t need high-end gaming features.

I’ll investigate more… Thx. I assume it’s a straightforward card swap that I can handle. Will have to chk that too.

You will have to install new drivers but it should run with the driver that Windows installs, then you can download and install the latest driver from the Mfg. website.

I know I have at least 550W. Will re-chk to see just what watt. Getting close to 2 yrs since ordered, so forget.

Good idea that if I’m playing around with cards I should allow some headroom. Something tells me programs won’t get less demanding over time!

And, also thx for suggesting chking size dimensions for my PC to ensure card will fit! It’s the “little” stuff that can be bad news.