But I think that if he had added the “0”, it would be more explicit.

Hi, I have a question and idea. 2.6.4 includes a question about setting the resolution in the whole 2.0 version. After “Lock Output size to scale” is not selected and the specified resolution is set, the output result will be trimmed, that is, a white frame can be seen in the preview window of the modified resolution. The actual content of the output video is cropped by this framework. That’s not good, because it’s a cropping function, just like 3.0 is going to do, or 3.0 can take this modification and the resolution will be trimmed.

I hope the next version works on faces, because right now the software has major limitations due to it creating polygonal face features.

I would rather it just not even touch faces instead of making them look too plastic and alien like.

are you sure your original file has the correct aspect ratio still intact? I’m asking because I think point 2. already applies to VEAI. I am always feeding in 720:480 in the original aspect ratio and VEAI corrects for that just fine. The only problem for me is that finding a good container and codec for that purpose is not easy. I would like to use mov and prores but it seems there is no support for anything other than 1:1, so at the moment I resorted to using MKV and H265 with the lossless option.

hello! Please let me explain, I have no doubt that I have the correct aspect ratio, about your file being rectified correctly because your file has a ratio built into it, this has nothing to do with the video resolution, even if your resolution is 1280x480, it It will also follow the display aspect ratio in the file, which is the ratio (this is a metadata attribute of a video file, indicating what ratio the video is played in, which is why it can identify the correct ratio of your video output, provided that your video The ratio attribute is set) to play the video. Some old dvds do not want to fully output all resolutions in order to improve the clarity (in order to save costs), so they will only increase the horizontal or vertical resolution, so that using ratio to specify the video ratio during playback can be obtained than the original. clear video. The second point is not to say that the video cannot output the correct ratio, but when I choose to manually adjust the horizontal and vertical resolutions, 2.6.4 is not output according to the resolution ratio I set, but is directly cut on the original screen. A part of the picture, and a part of the picture was deleted, resulting in the lack of the picture. Don’t know if you paid attention, if you are careful enough, or maybe it’s a bug in a specific file. Secondly, the function of the second point has another advantage, that is, when those videos that do not have a built-in ratio, or have an incorrect ratio deleted for some reason need to be processed, let veai set the resolution and resolution manually. The correct video can be obtained by outputting the video at the resolution ratio, rather than cropping or outputting according to the source video ratio. Regarding containers and encoders, normally, mov and prores should support various ratios. I don’t quite understand the reason why you said they do not support other than 1:1, or there are bugs, because I mentioned This problem and the VOB file being cropped appeared in the 3.0 version beta3.0.0.2b test, but I didn’t expect 2.6.4 to have it. Probably a legacy bug, but neither alpha nor beta3.0.0.1b. In terms of containers, mkv is indeed a good container format, and the lossless webm format is also very good. Sometimes I will use another encoder to supress and balance the video for size and quality, such as AV1, CRF/CQ=12, cpuused=3 is a good balance. Hopefully version 3.0 will eventually bring some surprises, it previously supported prores4444xq, but it was removed.

man i sure hope the next version is good because i swear boy this is the longest i have seen topaz take to release an update for video enhance ai. i paid for the update option to extend and i swear the updates have been very few since i renewed

You need to look at it this way, it’s a fun tool to tinker around with videos, but it’s far from a serious application for upscaling. There’s not a tool on the planet today, which can take old videos, upscale them to a convincing 4K resolution with all the details as if it were shot natively at that resolution. My bet is, It’ll take another decade or two before we have enough AI/computing power to accomplish this. So in the meantime, just tinker away with your videos, until you have an end result you like, because that’s exactly what I’ve been doing. 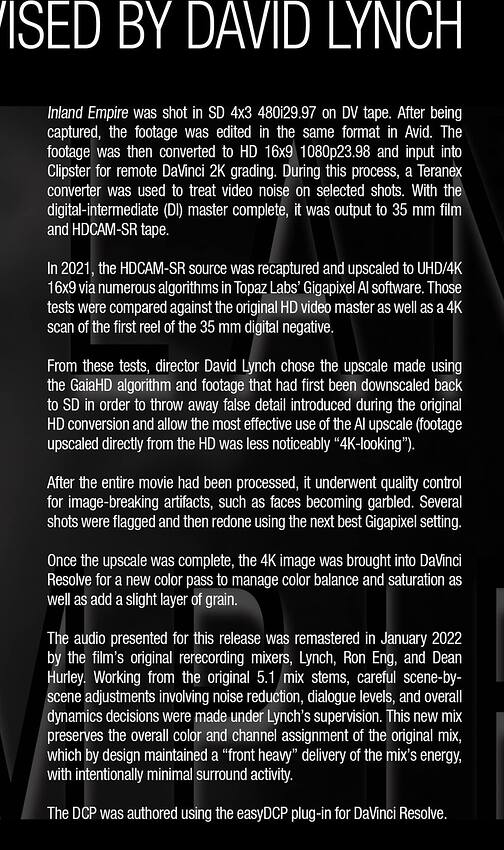 Any attempt to use them is met with a Critical AI Engine error and nondescript error log. 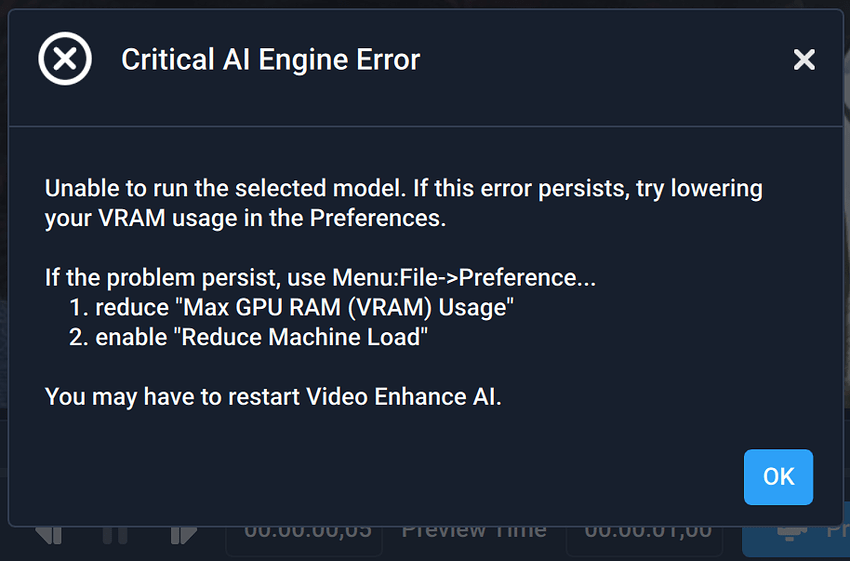 Firstly, they didn’t use “a tool”, they used several and a lot of man hours to manually fix its output.

Secondly, theres a lot of leeway when they’re using the words “4K-looking”. It might look better than the original, but no way it looks native 4K. So the point still stands.

Also bear in mind Gigapixel has much more aggressive models. It can take several seconds to do a single frame, vs VEAI which is designed to do video and not take months to do so.

You’re free to give 3.0 a whirl anytime, personally i don’t think it’s ready but non the less it’s there to try.
https://community.topazlabs.com/t/topaz-video-ai-early-access-v3-0-0-0

the word gigapixel in the article is certainly an error.

Is anybody else experiencing skipped frames at beggining and|or end of .gif files?
It looks like video enhance ai is loading the gif partially

Bug: the preview when processing never “zooms to fit” besides selecting that option. The zoom stays the same for other videos (doesn’t fit to the screen) meaning that when you select the option to fit the video on screen, it does it; but the next video will be using exactly that same zoom amount and will not fit to screen automatically.

This drives me insane across all Topaz products…i wish Zoom to Fit was the default for everything.

Feature: option to “auto close files after processing”. It’s annoying to have to do an unnecessary extra step after conversion for no reason.

Just tested and think Topaz Video Enhance 3.0 is horrible on many levels.
There is an old quote - If something works, don’t fix it.