Once again, Madame Pele, sitting on the flanks of Kilauea, pushed Tropical Storm Olivia away from the Big Island. Olivia, ever so indignant, set her sights on Maui and became the first tropical storm to make landfall in modern times. Following Olivia’s dust up with Madame Pele, she became disorganized, erratic and unpredictable, going west, going southwest, going north. Overall, Maui ducked what could have been deadly and widespread. Meanwhile, back on the Big Island, everyone was toasting Pele. 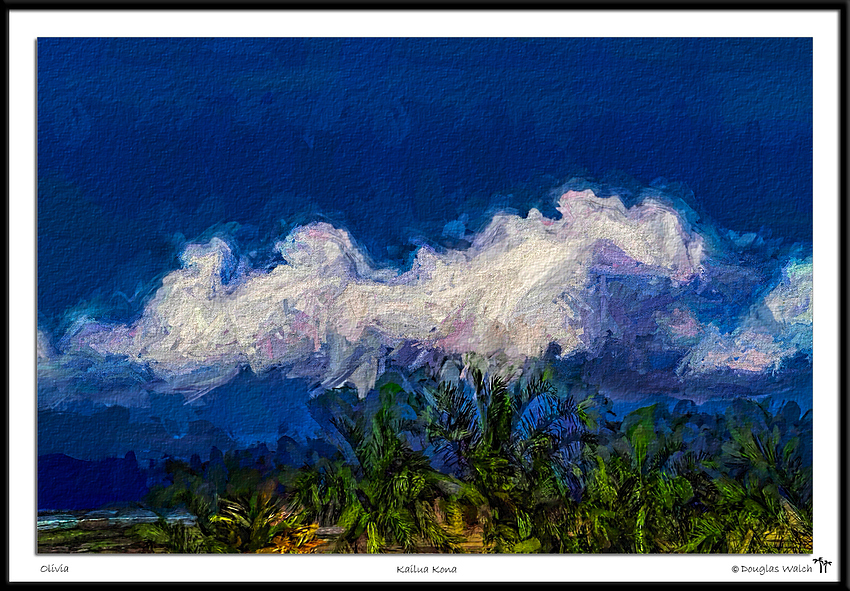 Great paining and very nice composition on the capture