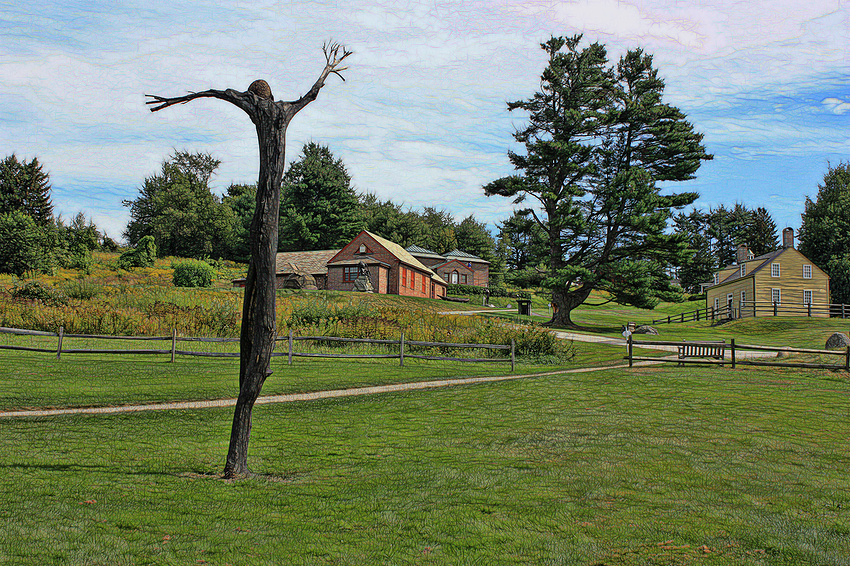 Interesting image - is the ‘person’ a sculpture or just a tree with a human likeness?

I wouldn’t go trick or treating there …beautiful work Flick.

@JeanieW, @Mond, @Laundromat, @RatRodStudios and @KenKv - thanks very much for your comments and I’m glad you found it interesting. Jeanie, it is the work of the late Boston/Vermont sculpture Joe Wheelwright His tree people start by digging up a tree and turning it upside down so that the roots become the head. Peter, he has talked about the influence that a Giacometti exhibit had on his trees (other works of his are not Giacometti influenced). Here are two other works from the exhibit. The first is the tallest (my spouse, who is 5’9", is shown standing next to the figure) and one in the yard of the house that was built by the Alcotts when they were planning their utopian community Fruitlands. The experiment was shprt lived, and by and large a disaster for a number of reasons. 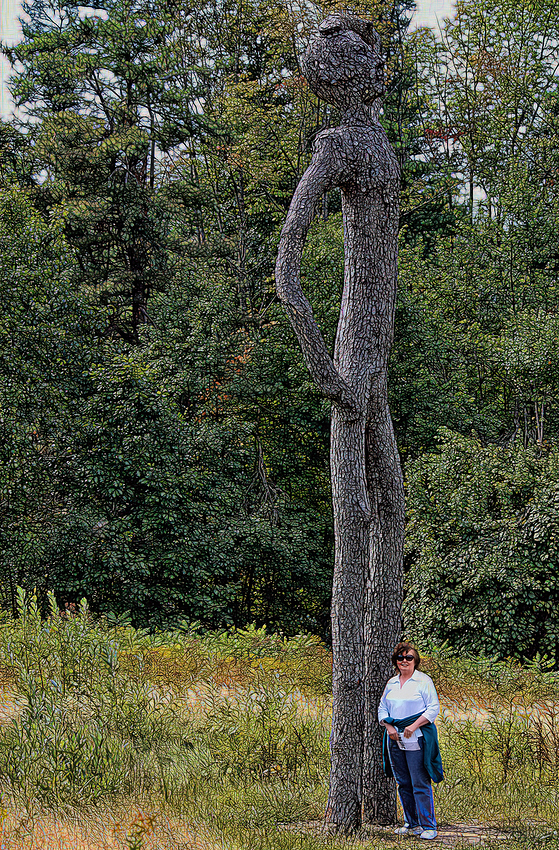 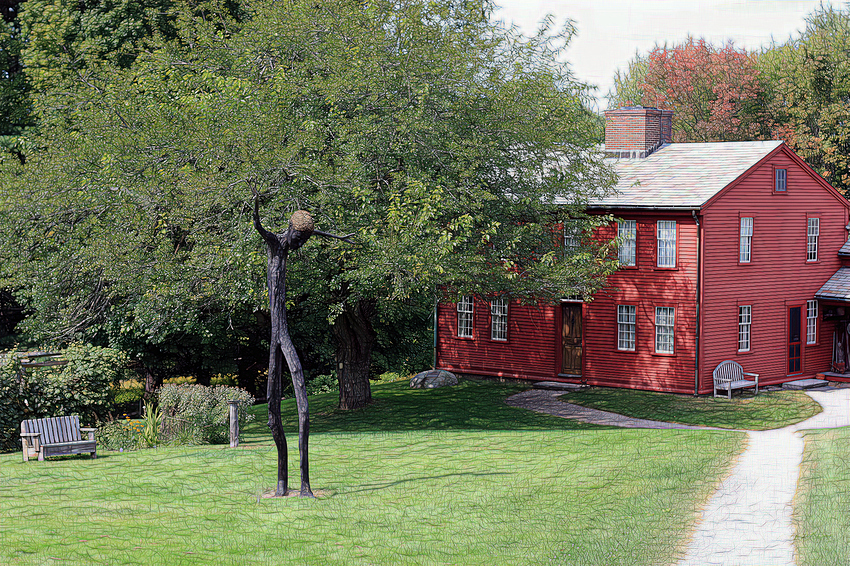 Great explanation and very impressive work. She really demonstrates the scale of what he did!

Thank you very much for the story behind etc. Very interesting!

Thanks for the info Flick. Interesting project and I rather like that red house too