LR into Studio for DeNoise, Adjust, and B&W Effects. 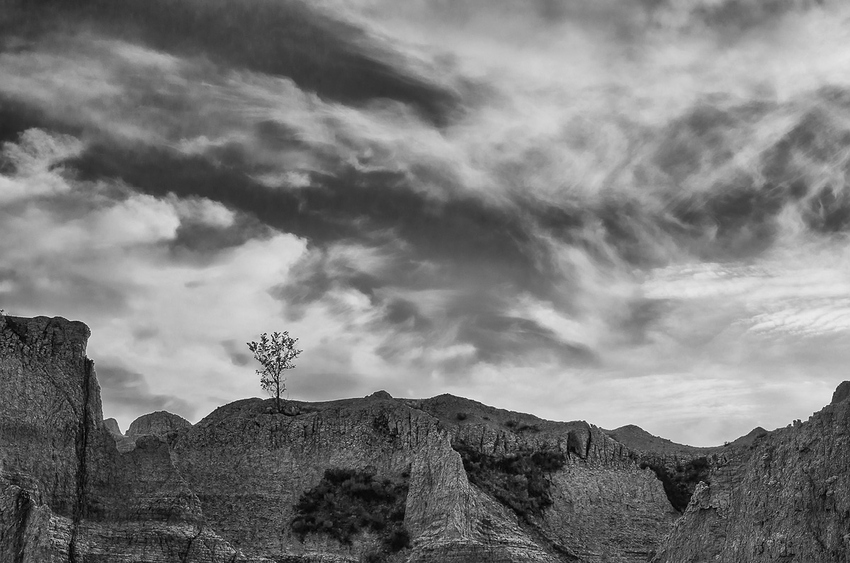 Thanks for looking and best regards

A very nice B&W, did you change the sky?

No, it’s the original sky. The scene was backlit; the sun was on the other side of the ridge. I wanted to maximize the cloud highlights so I exposed on them. So the overall image was fairly underexposed (I added the original in the OP for reference.) There was a moderate level of noise in the sky, and I used DeNoise. I also avoided exposing the sky to sharpening, other than output sharpening during export from LR. Hence the sky has a softer look. I made some moderately strong color sensitivity adjustments in B&W Effects as well as some extra adaptive exposure to enhance the clouds and get that classic dark sky look. I used the detail brush in B&W Effects on the formations which makes the sky look even softer. I think that soft-sharp contrast is what makes it look like the sky could be added.

Here’s another image I’ve been playing with. I applied a very strong amount of DeNoise to really soften the sky. Combined with the B&W details brush, it really makes the formations look separate from the sky. 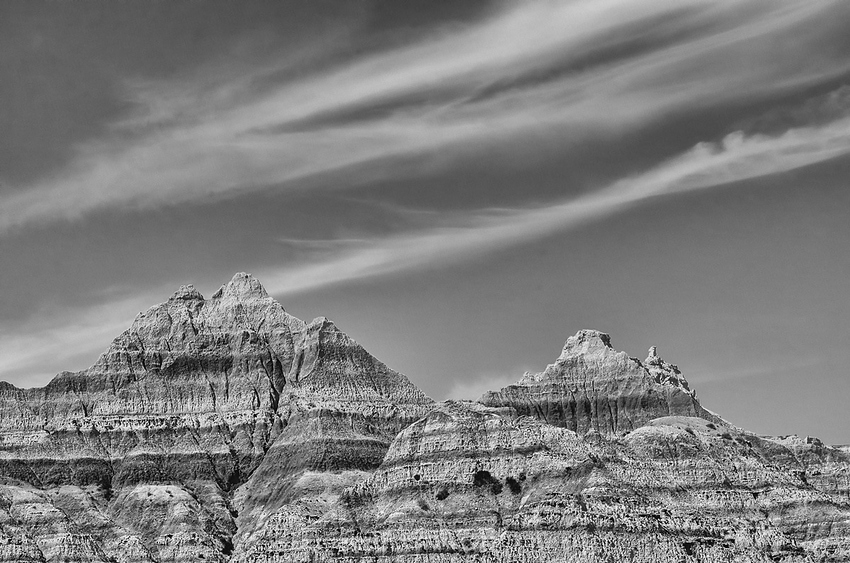 No, it’s the original sky.

Thanks for adding the original… it really shows the beauty you accomplished with your edit workflow/techniques.

I think that soft-sharp contrast is what makes it look like the sky could be added.

That was why I asked.