I just had a crash to desktop when searching through and trying out all the Looks. I have 16 Mb of memory and didn’t have anything else running at the time, so was surprised that it seemed like it crashed because I’d gone over some undisclosed item limit.

After some poking around in my system it looks like it had simply run my free memory all the way down, and then the automatic system that trims the standby memory to free up space had kicked in.

It’s not any fault of Studio 2’s basic program architecture, but it is the first program I’ve used that’s failed when Trim has been activated to prevent the system from crashing. I suppose it just couldn’t deal with losing access to whatever it had stashed in standby memory.

When I later put on a memory monitor to see what Studio 2 was up to I can see that it generally tries to hang onto everything you do in memory until you close the program, but then properly releases everything as it should.

I suppose the lesson here is to restart the program every once in a while to clean things up, and in between save your intermediate work often…

As far as I know Trim is the defrag equivalent on an SSD and won’t affect memory usage.

One thing you can do is increase your available virtual memory to at least a initial size of your RAM,16GB, with a Maximum size of double your RAM, 32GB. 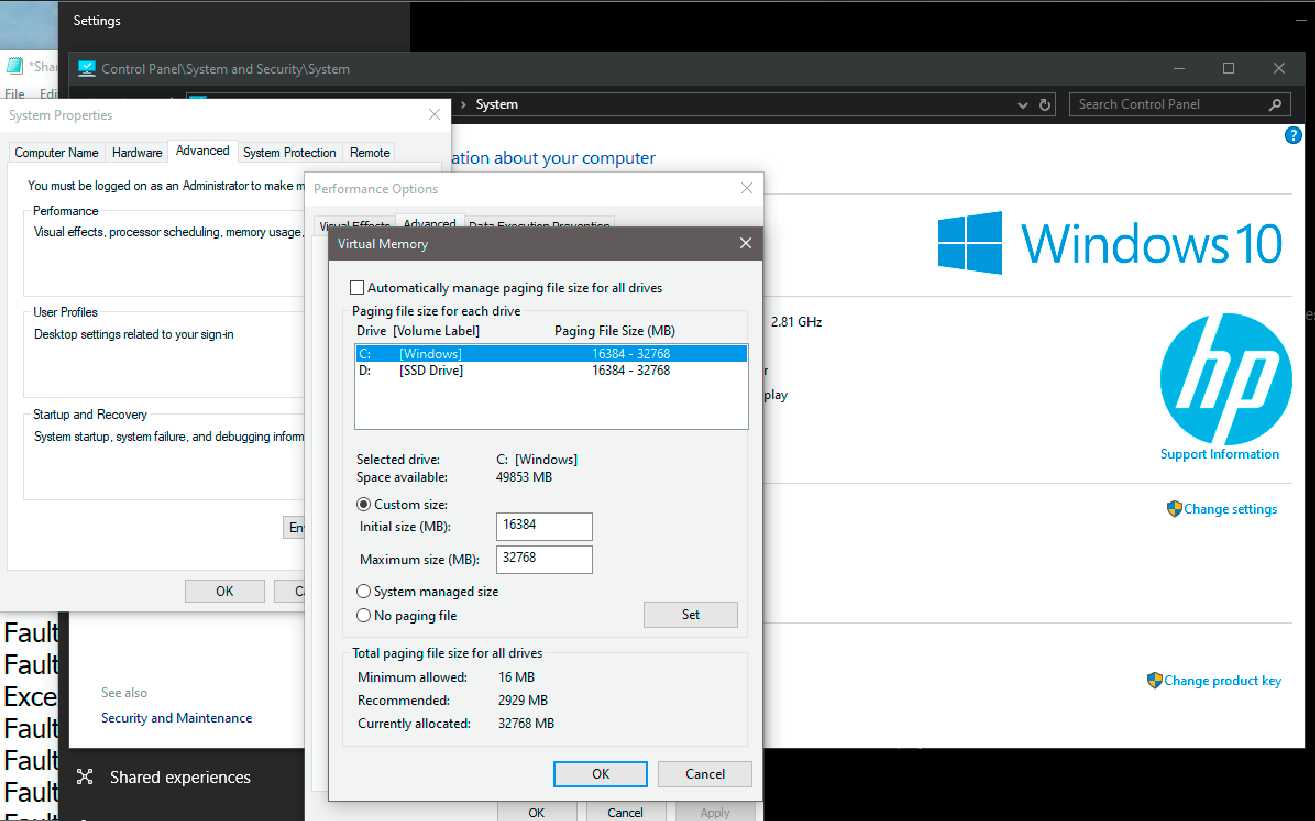