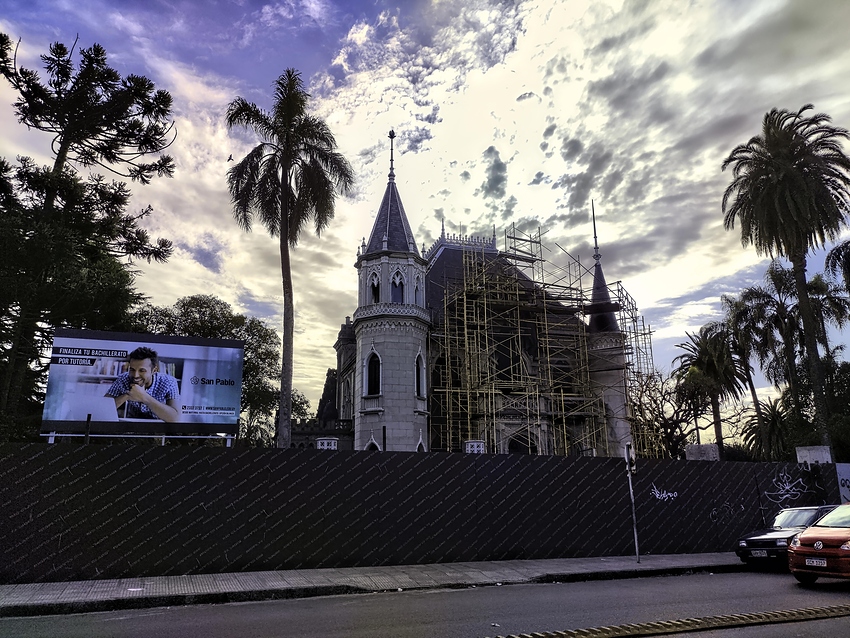 castillo soneira 08-2021.jpg9248×6944 5.74 MB
this magnificent Palace, imported piece by piece from France, by the Soneira family in 1929, not only is gorgeous, it has an inmense back land. it used to have an Olympic pool, a tennis court, a 18 holes golf course. now a private school soon to be university as well purchased it, and its carefully restoring the building as well adapting it to be able to serve as main building. once its ready on that insane land will be built modern buildings so university students from anywhere in the world can come to study if they wish so. (here on uruguay we dont have campus on our universities. you need to rent out an apartment if you come from the rural areas into the city to study) it will be the first of its kind here. this is the progress made on the exterior after 5 years restoring it. it was on almost abandonment for several decades that the main decendant lived there almost peniless. his daughters sold it out since it was on grave disrepair and could not restore it/sustain the taxes it carries over such grand piece of land + build property. its right next to the presidential palace divided by a tall wall.
5 Likes