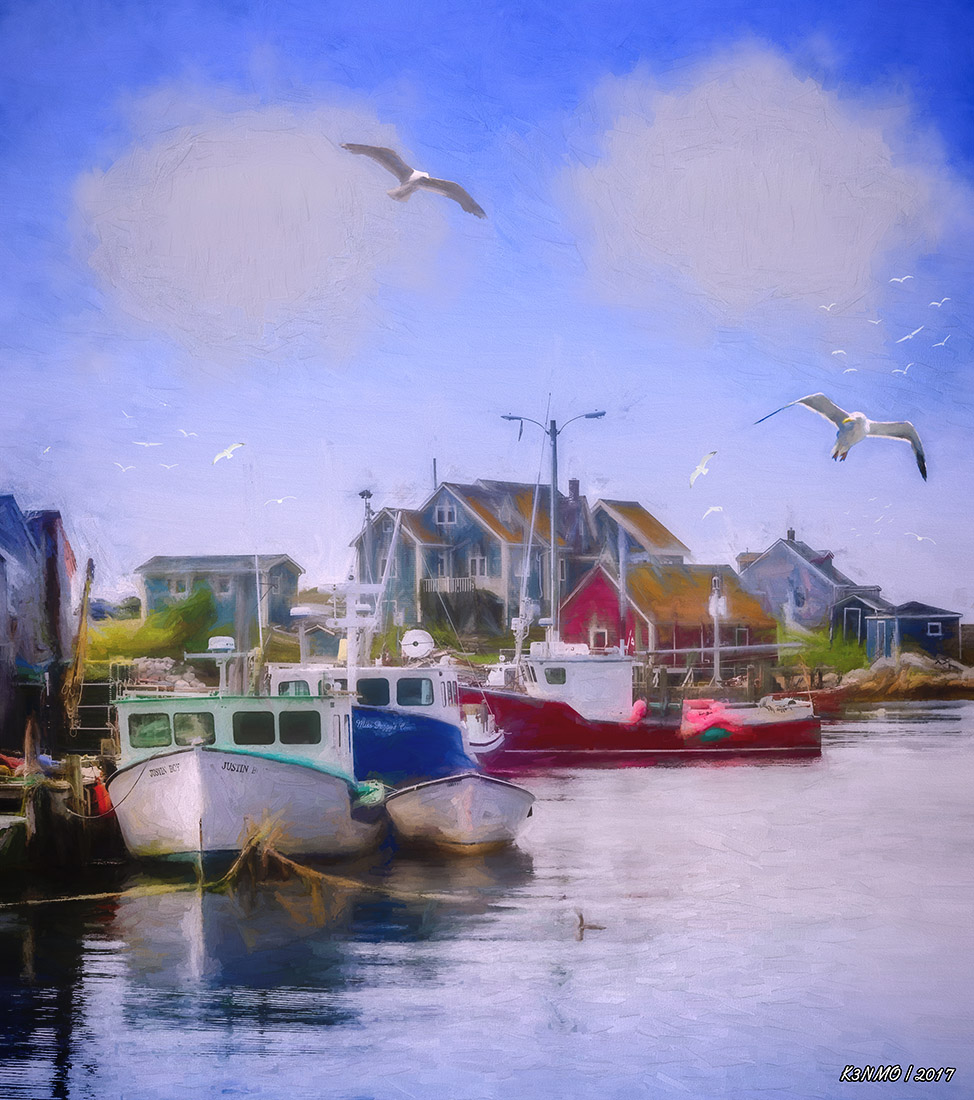 Seagulls fly in the skies of Peggys Cove on a sunny summer’s day.
Digital illustration I created on my computer using Photoshop, Topaz Impression & ArtRage 5.0.

Topaz Impression is incredible. Love it…

This is beautiful work, really love it !

Fantastic work. Just curious, how did you utilise ArtRage in this image?