The public release updated upon my opening PR 1.14.1, very fast and successful update

The public release updated upon my opening PR 1.14.1, very fast and successful update

I experienced the same thing. Also appears to be running faster.

I read that earlier prior to commenting but I’m seeing faster response nonetheless. 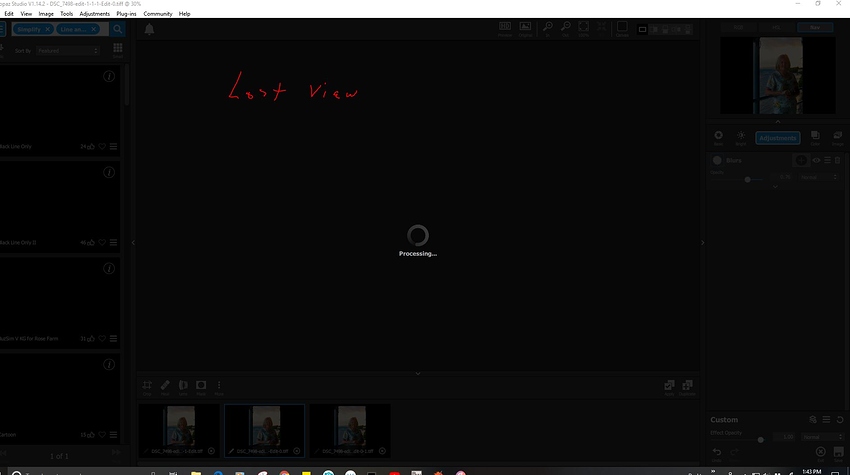 I just had my first glitch

Been playing with it off and on today with no problems at all. Below are my system specs in case it helps:

Thanks Don, I checked with HP and my Graphics driver is up to date, checked Intel with their Driver checker and it seem I have a custom driver and Intel says I could have issues if I install their driver. Maybe I need to start shopping for a new graphics card. Below are the specks that Intel ran 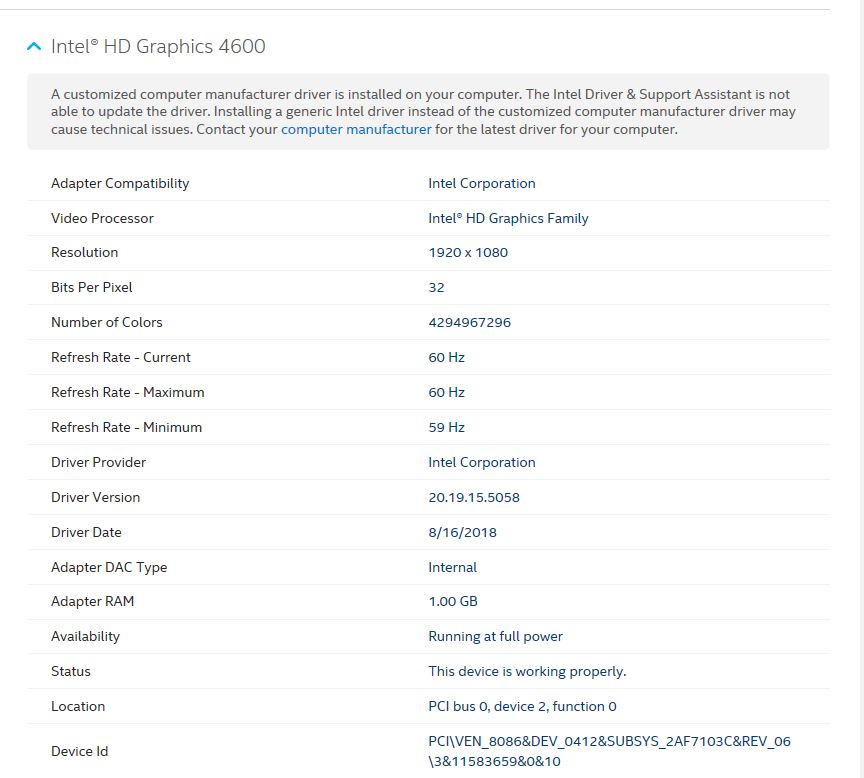 Thank you David, I think its my Graphics card

checked Intel with their Driver checker and it seem I have a custom driver and Intel says I could have issues if I install their driver. Maybe I need to start shopping for a new graphics card.

Yes with HP or Toshiba do not download the Intel Standard driver as it wont work. For replacement my advice would be NVIDIA mid range such as 1050, 1050ti, 1060 etc but the latest with at least 4GB onboard GPU memory.

AMD I’m not sure about.

I have a 300 watt power supply will that be enough to support it ?

I have a 300 watt power supply will that be enough to support it ?

No, it should be 600W or higher. You don’t say what the rest of your computer is using. It sounds like you may need to upgrade your whole computer to get good performance. A desktop PC with a AMD Ryzen 5 2600X cpu would be a good start. This has 6 cores + 6 threads. Also the PCIe slots for the video card need to be PCIe 3. If you upgrade, just try to get the video card as part of the package.

Ricci, that sure sounds ok but the 300W PSU is underpowered and a more powerful graphics card will require a power connector directly to it. So if you upgrade the GPU you will also need to get a new power supply. Make sure the size of both will fit the case before buying. Most supplies are a standard size but some mfgs. like HP will have a custom supply made. The power supply should have a 6 + 2 PCIe VGA cable for the graphics card (GPU).

Here is an article: https://www.howtogeek.com/345365/how-to-upgrade-a-graphics-card/

Thank you Artisan, that look like a great article so I bookmarked it. I done some basic tech work on my PC by adding on an extra hard drive. That was easy, but I will check out pricing at my computer repair store to see what the cost would be. If its too high I might do the work myself.

Ricci, just to give you a starting point, I would suggest an AMD type RX580 GPU with 4 or 8 GB of RAM (4 works great). You will notice that most of the problems here are with the Nvidia cards. For the power supply 650W and one with a 80 Plus Gold rating. I use the EVGA brand but there are some other good ones like Corsair. Your case may need another fan to increase air flow if there is an opening for that and the computer shop can advise you on that.
https://www.newegg.com/Product/Product.aspx?Item=N82E16817438094

BTW I was a power supply designer for 30 years and a Dell Power engineer for five years. I’ve also built four computers for myself. Now, I’m just an artist.

I would suggest an AMD type RX580 GPU with 4 or 8 GB of RAM (4 works great). You will notice that most of the problems here are with the Nvidia cards.

I have to disagree with you on that, most of the people I assist have issues with AMD and especially clocking and AMD software causing issues.

One is not necessarily better than the other, as both have areas where they excel and where they leave something to be desired. For the most part, AMD is better when it comes to budget and mid-range cards, whereas Nvidia is the only way to go for high-end graphics cards.

Not a quote from me but a general observation in the market. You would be best choosing a card that has sufficient power and there are starting points.

Optimal minimum for the Sharpen AI, which is the most demanding, is:

With just Studio you can get away with a lesser configuration, but I suspect not for long.

A GTX 1070Ti costs between $500 and $700. The RX580 is $200 and I own it and it works fine with all of Topaz AI products (I haven’t tested it on Jpeg to RAW). Using a 16 Megapixel Jpeg picture, AI Sharpen takes 25 seconds to process when saving and 3 seconds for the preview. Using task manager, I see that the 16Mpx file only took 0.8GB of GPU memory while processing.

What I see for users with AMD GPUs are that the real issues are with the Mac OS. My goal for Ricci was to get excellent performance for the lowest price. Of course, if she wants to spend $700 for a new PSU and graphics card, she can but its totally unnecessary.

@AiDon @Artisan-West Just to give you guys an update on my PC, I took it in to my Computer repair shop. He tested my HD and told me that it is failing and talked me into an SSD, also installing NVIDIA 1050ti, 600w power supply.