Just installed Mask AI and it’s crashing (rather, not doing anything – I need to end it through task manager) whenever trying to compute a mask.

I’ve tried CPU, GPU and GPU Optimization, and neither seem to work, unfortunately. It seems the CPU just doesn’t do anything within Mask AI – there is no processor power being used by it.

I did try to search on this before but a lot of other people are having the same exact issue and were unable to resolve it. Any help is much appreciated! 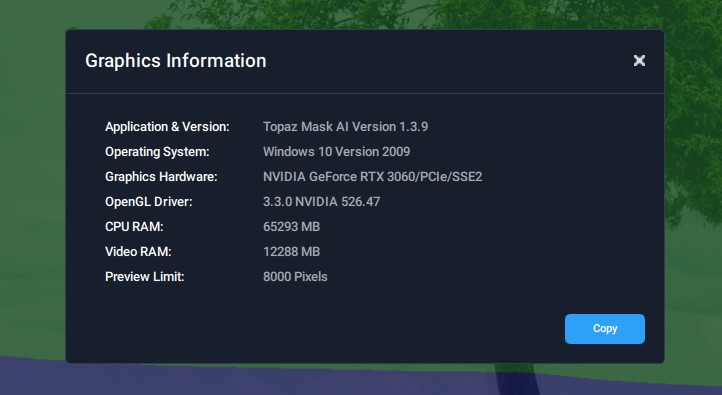 Same problem.
waiting
I have to uise something else

Just a quick update – After spending a few days with it, it now works.

Support got back to me and said to keep running the tutorial a few times and it should finally “kick in” and finish/begin working. This was the case for me – I don’t know how much it will continue to work, but I can confirm it works for now at least.